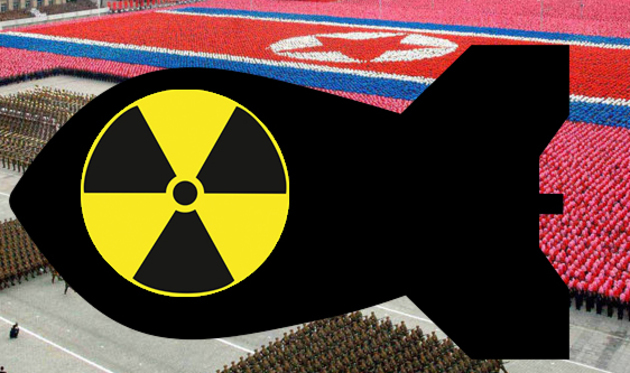 Allied Defenses Against North Korean Nuclear Weapons Are Poor – North Korea just put on another military parade, asserting once again a belligerent posture on the use of its nuclear weapons. This is not surprising. North Korea’s economy is perhaps 5% the size of South Korea’s economy. It cannot begin to compete with the South in conventional military power, 19fortyfive writes. North Korea does not reveal measures of its gross domestic product, but it is likely that South Korea’s military budget is larger than the North’s entire economy. If one is that far behind, it makes sense to build nuclear weapons and wave them around. This is your best defense.

For the rest of us, on the outside, this growing reliance on nuclear weapons in North Korean doctrine is a serious problem. The North is, we believe, reaching for a wide-spectrum nuclear missile program. It currently has intercontinental ballistic missiles with nuclear warheads, with which it can strike the United States. That is Pyongyang’s core deterrence concern.

But it is also building out a wide range of adjacent platforms and technologies, including hypersonic missiles (which are fast and maneuverable), tactical nuclear weapons (of lower yield, for use on the battlefield), solid-fueled rockets (for quicker launching), short and medium-range missiles to strike all of South Korea, Japan and Guam, submarine-launched ballistic missiles to ensure its ability to retaliate even if it is hit first, and so on.

The North’s program will become the major destabilizing force in East Asia in the next few years. China has nuclear weapons too. But it does ostentatiously talk them up or recklessly threaten with them. Beijing also has a reasonably limited arsenal. The point is to prevent South Korean or Japanese counternuclearization. North Korea, by contrast, is scaring South Korean and Japanese decision-makers into a reconsideration of long-held positions, with South Korea’s incoming president Yoon Seok-Yeol suggesting preemptive strikes and Japan’s former prime minister Abe Shinzo suggesting the re-introduction of American nuclear weapons into the region.

It is instructive to recall that shooting down incoming missiles has a been discussed extensively since at least the 1980s with President Ronald Reagan’s hopes for a ‘star wars’ satellite defense net. In the race between missiles and missile defense, the offense has a clear advantage, and for countries like South Korea and Japan, the very short flight times from North Korea to their cities mean that missile defense has an even narrower window to work.

As North Korean statements have made clear again and again, it is quite unlikely that the North will ever give up enough of its nuclear missiles to relieve the existential threat they now pose to South Korea and Japan. We should obviously keep trying, but under former American President Donald Trump and outgoing South Korean President Moon Jae-in, the North had its best opportunity ever to reach a deal on its weapons. Trump and Moon were very dovish on the North and desperately wanted a deal with North Korean leader Kim Jong Un. Yet Kim made only one, very unbalanced offer (to Trump in Hanoi in 2019) and otherwise passed up this best chance to negotiate. It is unlikely the North will cut seriously.

Extended deterrence – by which the US provides a ‘nuclear umbrella’ over South Korea and Japan – sufficed for decades regarding China’s nuclear weapons. But North Korea is far more belligerent and reckless in its language. It openly threatens to use its nukes against the United States. This would obviously make America cautious about involving itself in a war with North Korea, just as Russian President Vladimir Putin’s nuclear threats have kept NATO from deeper involvement in the Ukrainian conflict.

Yoon can see these problems as well, hence his preemption suggestion. But that, of course, is hugely dangerous. It could provoke the very nuclear war it is intended to prevent. The more obvious course is for Japan and South Korea to build their own nukes in order to establish direct deterrence with North Korea, without going through the Americans for ‘extended deterrence.’ This is unfortunate. East Asia will become even more nuclearized, and any future conflict will become that much more destructive. American deterrence on behalf of the South and Japan becomes questionable if it means risking nuked cities in the US homeland. Increasingly, it looks like there is no other path than allied counter-nuclearization.