Why Afghan army lost to Taliban 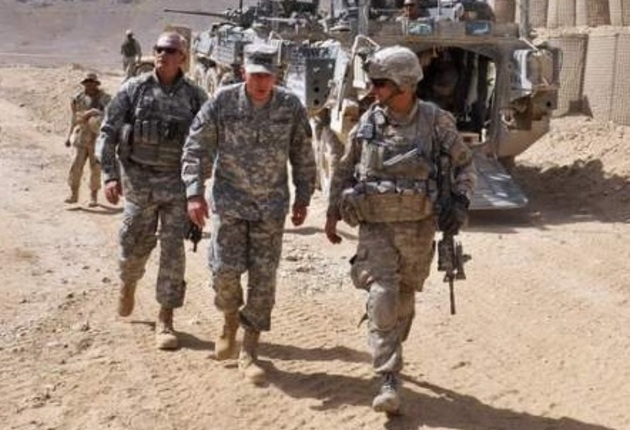 Almost two weeks have passed since the Taliban (banned in Russia) seized Kabul, but journalists and experts are still wondering why the outnumbering Afghan army got stuffed so quickly? American servicemen had not yet left the country, and the Taliban was already controlling almost all of Afghanistan.

The commander in the Afghan National Army, General Sami Sadat, tried to answer this question in The New York Times article. He admits that the Afghan Armed Forces lost the war because of the US disloyalty. There were enough problems in the Afghan army - nepotism and bureaucracy - but "we ultimately stopped fighting because our partners already had,” Sadat writes. Americans are blaming the Afghan army, but they forget to mention that  "Washington strangled the army and limited our ability to do our jobs,” he complains. The US combat logistical support was ceased overnight.

“The Afghan forces were trained by the Americans using the US military model based on highly technical special reconnaissance units, helicopters and airstrikes. We lost our superiority to the Taliban when our air support dried up and our ammunition ran out. Contractors maintained our bombers and our attack and transport aircraft throughout the war. By July, most of the 17,000 support contractors had left. A technical issue now meant that aircraft — a Black Hawk helicopter, a C-130 transport, a surveillance drone — would be grounded,” the General explains.

According to the serviceman, Kabul’s leadership is also to blame. President Ashraf Ghani left his army and government to the mercy of fate. The rampant corruption led to a shortage of provisions and fuel, instead of experience, relative ties determined military leadership appointments.

Ghani's escape reduced to nothing chances for a transition period, negotiations with the Taliban and a safe evacuation. Instead, Afghanistan witnessed chaos at the Kabul airport: people were clinging on departing aircraft in despair trying to leave the country. Sadat disagrees with US President Joe Biden's thesis that the Afghan army surrendered without trying to fight, and recalls 66,000 soldiers killed over the past 20 years - "that’s  one-fifth of our estimated fighting force.”

"We were betrayed by politics and presidents. This was a military defeat, but it emanated from political failure,” the Afghan general sums up.

Alexei Leonkov, a military expert for the Arsenal of the Fatherland magazine, explains the defeat of the Afghan Armed Forces by the weakness of the military command and the government’s betrayal.

”Two factors determined their defeat. First, the level of training: there were no army commanders who would refuse to surrender so easily. Secondly, the betrayal by the country's political leadership that forbade the servicemen to resist. As a result, the army surrendered, but not completely. in the Panjshir gorge, there are army units that are not going to give up, " the expert told Vestnik Kavkaza.

The leader of the Russian Union of Afghan Veterans, Franz Klintsevich, also determines the defeat by the betrayal of the commanders.

“They had an advantage in weapons, equipment and even training, but they lost because of the betrayal by their leadership. The younger ones surrendered and fled as soon as the elders left, seeing that they had been surrendered to the Taliban. Though the movement promised not to persecute anyone, many of the senior bosses had already been in such circumstances,”  Klintsevich said.

He considers the withdrawal of the US troops from Afghanistan to be a "special operation" aimed at transferring power to the Taliban and destabilizing Central Asia, China and India. Klintsevich noted that, in fact, the Americans did not care much about the high level of training of the Afghan security forces and, ultimately, were not going to protect them from the Taliban.

The Pravda.ru media holding military observer, the Control Shot’s host, Alexander Artamonov, explained the defeat of the Afghan Armed Forces by agreements between the Taliban and Washington.

"The withdrawal of the Americans from Afghanistan was fully coordinated with the Taliban. Western Europe, in particular, the French professional press expressed the opinion that the Americans will support, paradoxically, the Taliban from their bases located in the neighbouring countries. Thus, analyst of Reseau Voltaire media outlet Thierry Meyssan, a very prominent political scientist in France, is sure in this,” the expert explained.

The logic of the "agreement" is also confirmed by the fact that the Americans left their undamaged weapons to the Taliban. "If you can't take weapons with you during the retreat, then the soldiers break the guns’ bolts and locks, destroy the barrels. The Taliban acquired millions of guns and ammunition, dozens of combat helicopters. Their aviation is absolutely combat-ready. Thus, it is absolutely negotiated tactic, " Artamonov said.

He doubts that the United States will support the forces that are now resisting the Taliban in the Panjshir Gorge.