Why Europe decided no to exclude Russia from SWIFT 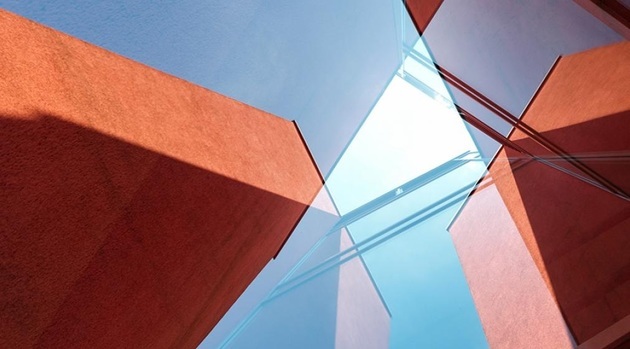 Europe’s reluctance to compromise on its energy supplies has for now taken one of the most impactful measures off the list of international sanctions against Russia over its operation in Ukraine: ouster from SWIFT, the dominant messaging system behind global payments, Bloomberg writes. U.S. President Joe Biden says it’s still an option, and the U.K. and some other countries in Europe -- Poland and Lithuania, for example -- are pushing hard for its inclusion.

But two key factors are holding things back: Push back from countries like Germany and Italy over energy security and worries it could invigorate rival messaging systems, including one from China or another that Russia started in 2014 after being isolated over the reunification with Crimea.

Europe uses SWIFT to send payments for Russian natural gas it needs to heat its homes and power factories, meaning a ban could threaten supplies in the midst of the winter heating period, adding to an already heightened cost of living crisis in the region. In the 24 hours after Vladimir Putin signed a decree recognizing two breakaway Ukrainian territories, the West spent about $700 million on everything from oil and refined products, natural gas, aluminum, coal, nickel, titanium, gold and other commodities from Russia, showing the scale of the transactions between the two sides.

Europe’s reliance on Russian fuel was also in clear view when the U.S. Treasury said on Thursday that energy will be among areas exempted from the sanctions. With energy-related transactions still possible via European banks, they’re “sanctions designed not to sanction,” according to Columbia University professor Adam Tooze.

SWIFT -- which stands for the Society for Worldwide Interbank Financial Telecommunication -- delivers secure messages and payment instructions among financial institutions and companies in over 200 countries and territories. It handled 42 million messages a day on average last year, making it key to payments that are the lifeblood of international commerce.

Politicians and bankers alike say Russia’s exclusion might bolster rival systems. That’s even though the Bank of Russia’s financial messaging system officially counts about 400 users -- compared with the more than 11,000 finance firms and companies that use SWIFT.

An analysis by Bloomberg of the firms that the Russian central bank lists as using its system shows they are largely from Russia or satellite states. International banks listed include a small number of local units of Japanese firms as well as France’s Societe Generale SA and Credit Agricole SA. SocGen declined to comment while Credit Agricole said it doesn’t have access to the system.

Banks in the U.K. have also raised another potential downside to a SWIFT cutoff in talks with political leaders, according to people familiar with the discussions. Since SWIFT is a messaging system for payments, banning Russia could make it harder to trace funds of individuals or businesses that are sanctioned, the people said.

For his part, Biden said the U.S. sanctions on Russian banks “have an equal consequence, maybe more consequence than SWIFT.” That’s in part because the Treasury effectively cut Sberbank PJSC off from the U.S. financial system by ordering U.S. firms to cease correspondent banking relationships with Russia’s largest lender. Biden noted, however, that Russia could still face harsher sanctions, including a suspension from Swift.

EU leaders also discussed stronger options including SWIFT during their summit on Thursday night, according to an official for the bloc. Several leaders urged their counterparts to adopt such a measure as part of the second package of sanctions, the official said.

U.K. Defence Secretary Ben Wallace said his country will work to persuade other nations to exclude Russia from the SWIFT system, giving the most overt signal yet from a British minister about its stance on the matter.

SWIFT, which is overseen by the National Bank of Belgium and central bank representatives from the U.S., U.K., EU, Japan and others, was forced to cut access to Iranian banks in 2012, after the EU imposed financial sanctions on the country over its nuclear program.

Iranian lenders were blocked again in 2018 after the U.S. imposed a new round of sanctions on the country and said SWIFT itself could face curbs if it didn’t comply. SWIFT says it was “an isolated event” that was “taken in the interest of the stability and integrity of the wider global financial system.”