Why US cannot invade Iran 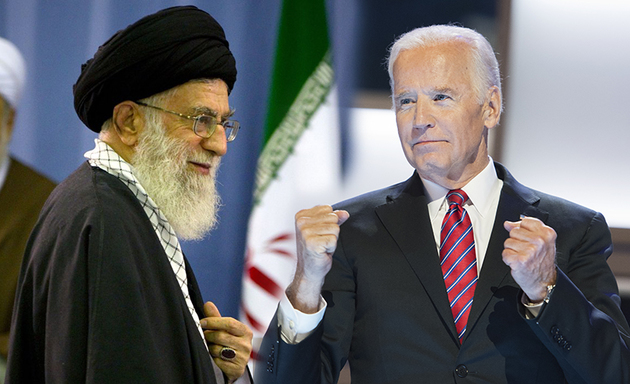 The Trump administration left the Iran Deal and turned up the pressure. However, that only got America close to another unnecessary shooting war. A war with Iran would have devastating consequences and would be more costly than Iraq or Afghanistan, The National Interest reports.

As long as this regime exists, no matter how constrained it is by bilateral and multilateral agreements, it will seek to undermine the stability of the established order in the Middle East through overt and covert military means. This position is held in the United States by figures such as Mark Dubowitz of the Foundation for Defense of Democracies and by policymakers such as Sen. Tom Cotton. The desire for regime change is also shared by some in the Middle East, including significant elements of the Israeli and Saudi national security states. To be fair, few of these voices have called for a military campaign to overthrow the Islamic Republic, and generally for good reason; there is little prospect for success and little appetite for paying the costs necessary to succeed. Still, it’s worth evaluating what a war for regime change might look like. The decision of the Bush administration to commit itself to regime change in Iraq undoubtedly helped lead to the war, even if war was not initially the intention.

Invading Iran and dictating terms to an occupied Tehran would be one way to achieve regime change. However, the United States would struggle to directly overthrow the Islamic Republic regime through force of arms. The United States lacks regional bases necessary to build up the forces that would be required to invade Iran, destroy its armed forces, displace the revolutionary regime in Tehran, and then control the country on behalf of a new, more amenable government. Conceivably, the U.S. military could deploy in Iraq, but this would likely require another war of regime change against the current Baghdad government. Alternatively, the U.S. could ameliorate some of the basing requirements by undertaking an amphibious forced entry into Iran. This would make U.S. forces particularly vulnerable to Tehran’s arsenal of ballistic missiles, however, likely incurring very heavy casualties. Moreover, it would not resolve the problem of occupying the country post-conflict.

One of the core critiques of the JCPOA from regime change advocates is the argument that the sanctions regime installed by the United States could have, eventually, induced the collapse of the Islamic Republic. Consequently, any military campaign of regime change would likely concentrate on undercutting the economic stability of Iran, in the hopes of creating popular discontent and a counterrevolution. Instead of an invasion, the United States would probably try to induce regime collapse through a policy of military and economic strangulation, led by airstrikes, sea-launched cruise missile strikes and the vigorous employment of special operations forces.

An economic strangulation campaign would lean very heavily into the U.S.’ financial and trade toolkits in order to limit Iran’s commerce with the rest of the world. However, since few international partners are likely to be enthusiastic about the campaign, it would probably include some kinetic measures designed to prevent the transit of cargoes to and from Iran, especially of sensitive technical equipment.

The early stages of the campaign would target Iran’s existing military infrastructure, including air bases, naval bases and ballistic missile installations. These attacks would do significant damage, notwithstanding existing Iranian air defenses, which would also come under attack. Iran’s naval and air forces would suffer terribly, and widespread strikes would also exact a toll on Iran’s missile forces. Basing would presumably be provided by U.S. Gulf allies, including Saudi Arabia, although the willingness of the Saudis to sponsor a long-term military campaign against Iran is in serious question.

While attacks on Iranian military and political infrastructure would inflict serious damage, the U.S.’ goal would be undermining domestic support for the Iranian government. To this end, the U.S. could target Iran’s economy, including oil installations and transport infrastructure. Such attacks could effectively destroy Iran’s oil industry, at least in the short term, and cause serious economic damage to the Islamic Republic (not to mention its trading partners). However, attacks against civilian industrial and economic targets would risk running afoul of U.S. policy and the Law of Armed Conflict. The U.S. could argue that Iran’s economic infrastructure represent a legitimate military target because of Iranian state control and the military utility of transport infrastructure, but this would be a hard sell, especially as civilian casualties mount. Still, the United States successfully targeted ISIS oil infrastructure during the recent air campaign. This allowed the destruction of ISIS oil facilities, as well as transportation assets such as tanker trucks.

This campaign would take place in concert with the aggressive support of Iranian anti-government groups, such as those associated with the People's Mujahedin of Iran. This would include the transfer of weapons, intelligence, and training to any available resistance forces, as well as the recruitment of new forces, possibly in Kurdistan. However, building a viable ground force would take a very long time. Without a significant ground force to compel Iranian army units to deploy and maneuver, it would be difficult for U.S. air attacks to significantly degrade Iranian ground capabilities. Moreover, many Iranian Army and Revolutionary Guard units would likely deploy in urban areas, both to undercut the prospects of domestic disturbance and to avoid attacks by intermingling with civilians.

Iran would enjoy a range of options to respond to the U,S. attacks. Iran could step up efforts to destabilize Iraq and Afghanistan through the use of proxies and arms shipments. Similarly, it could try to induce its proxies in the region to attack U.S. allies. Iran could use its extensive fleet of ballistic missiles to attack U.S. bases, ships, and the military and economic installations of U.S. allies, although this missile force would represent a depreciating asset as its numbers declined over time. Most likely, however, is that Iran could simply wait, under the logic that international opinion against the U.S. campaign would steadily build until Washington could no longer maintain its belligerence.

Regime change is unlikely to succeed, and is more likely to exacerbate the problems it was designed to solve.

First, any attack against Iran will likely trigger a nationalist backlash, making the public more supportive of the regime in the short term. An attack would also enable the regime to install more draconian social and economic controls. These controls might generate backlash over time, but counterrevolution is by no means certain.

Second, the United States lacks broad international support for a campaign of regime change. Even allies such as Saudi Arabia and Israel would likely blanch at the long-term costs that the war would create. Neither Russia nor China would support the war at all, and both would likely intervene in ways designed to ease the pressure on Tehran. Europeans would react with heavy public disapproval, eventually forcing even sympathetic leaders in France and the U.K. to distance themselves from Washington.

Third, it is unclear how such a military intervention would end. The U.S. lacks the international support to undertake the sort of militarized containment that is used against Iraq during the 1990s. International sympathy for Iran would only increase over time, a fact that Iran’s leaders surely understand. If the Islamic Republic didn’t not collapse, the U.S. would eventually have to either admit defeat or open the door to dangerous escalation.

On the upside, even if the campaign failed to dislodge the Tehran government, it could cause significant long-term damage to Iran’s military, economic and scientific infrastructure, setting back Tehran’s military ambitions in the region. This outcome is probably most amenable to US allies in the Middle East, who don’t worry overmuch about the prospect of committing the United States to an open-ended military conflict with Iran. Regime change might work, but there’s little good reason to believe the chances of such are high. A war would incur serious costs on Iran, but would also commit the United States to the destruction of the Islamic Republic, a process that could take decades, if it succeeds at all.