Why are dselimitation and demarcation of state boundaries between Armenia and Azerbaijan essential? 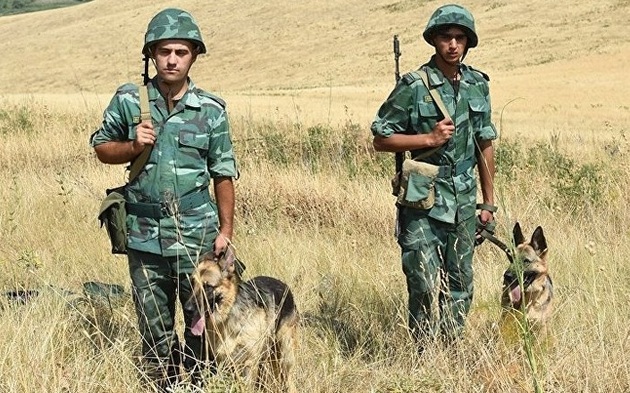 Territorial disputes and border issues in the South Caucasus are the major threat to stability and security in the region. All the international borders became problematic after the dissolution of the Soviet Union. It is worth especially noting the border issue between Azerbaijan and Armenia, as two states could not start the process of the delimitation and demarcation of the state border because of the Karabakh conflict, Eurasia Review reports.

The Karabakh conflict, which broke out during the early 1990s, resulted in territorial losses of Azerbaijan. Following the war, Amenia occupied twenty percent of the Azerbaijani territories, and consequently, Azerbaijan lost control over the major parts of the state border, both with Armenia and Iran. During the years of occupation, those territories have been used as the illicit movement of weapons and drugs.

Although the international law was always on the Azerbaijani side, and conflicting parties tried to resolve the Karabakh conflict by diplomatic talks, the long-awaited Karabakh peace plan did not achieve. The fragile peace and the conflict escalations caused enough suffering and the human tragedy for the Azerbaijani and the Armenian people. The long-lasting conflict was resolved only after the Second Karabakh War, which began on 27 September and continued for 44 days. It should be noted that the escalation was the biggest and the most serious one since the 1990s.

Military counter-offensive operations of the Azerbaijani army during the Second Karabakh War were successful and made it possible to liberate several occupied regions. The war was stopped only after Russian interference on November 10, 2020, when Azerbaijan, Armenia, and Russia signed the Trilateral Agreement. According to the agreement, Russia became a key guarantor for the ceasefire and peace. Under the November Agreement, 1,960 armed troops, ninety armored vehicles, and 380 motor vehicles and special equipment units have been deployed to the Karabakh region. Armenia pledged to return Agdam, Kalbajar, and Lachin districts to Azerbaijani control, while Azerbaijan guaranteed the security of the Lachin Corridor to be used as a humanitarian connection between Armenia and Armenians in Karabakh. Moreover, the “Joint Russian-Turkish Center for Monitoring the Ceasefire” was opened in the Agdam region to monitor the implementation of the ceasefire.

The conflict has been already resolved, and during the post-war period, the parties try to find solutions for important issues such as the restoration of economic relations by opening transport links as well as the demarcation of the state border. It is very important to underline that the delimitation/demarcation is significant for the future security and stability of the region. After the November Agreement, Azerbaijan started the process of demarcation using Soviet maps and GPS. According to the Ministry of Foreign Affairs of the Republic of Azerbaijan; “Measures to strengthen the border protection system implemented within the territorial integrity of Azerbaijan are carried out based on maps available to each of the sides that define the borderline between Armenia and Azerbaijan. Since regaining its independence, there has been no state border between the two countries for obvious reasons, and for this reason, we speak about the complicated technical process, which is currently accompanied by disagreements between the sides”.

However, the recent incidents around the Sev Lidj (Qaragol) in the Syunik region (Zangezur in Azerbaijani) have raised the importance of the full delimitation and demarcation of the state border between Armenia and Azerbaijan. It is worth noting that Syunik/Zangezur region is a very important region in terms of regional economic integration, and according to the 9th section of the November Agreement all economic and transport links in the region must be restored, and Armenia guarantees the safety of transport links between the western regions of Azerbaijan and the Nakhchivan Autonomous Republic of Azerbaijan.  It means that Azerbaijan will be able to restore the old transport way to its enclave via the Zangezur corridor, which was closed for decades. Zangezur corridor will develop economic integration and boost the economic development of the regional countries.

Meanwhile, after tensions on the Armenian-Azerbaijani border, Armenia addressed this issue to the Collective Security Treaty Organization (CSTO) military bloc, but the country could not receive the CSTO’s support. In response, Azerbaijan Foreign Minister Jeyhun Bayramov held several telephone conversations with Russian Foreign Minister Sergey Lavrov, with Acting Assistant Secretary of State for European and Eurasian Affairs Philip Reeker and with the French Minister for Europe and Foreign Affairs Jean-Yves Le Drian. Minister Bayramov informed them about the measures taken to strengthen the border with Armenia and stressed the inadmissibility of exaggeration and politicization of such cases.

All the developments show that the second Karabakh War has changed the political environment in Armenia, and the ongoing social-political crisis is transforming into deep political turmoil. Now, official Yerevan aimed at escalating the situation, therefore key guarantor for peace and security in the region, Russia urged the parties to resolve all issues through political-diplomatic talks. Russian Foreign Ministry statement emphasized that “Russia is ready to offer full support for the normalization of the situation in the South Caucasus.” Russian Foreign Minister Sergey Lavrov’s visit to Azerbaijan and Armenia, and Russian MFA’s statement gave a clear signal that official Moscow would be great to not have any escalations, as it proposed to create a joint commission for the demarcation of the state border. Russia showed once again its role as a key actor to de-escalate conflict with communication. Also, the recent statement of Armenia’s PM Nikol Pashinyan about readiness to sign another agreement with Azerbaijan under trilateral negotiations between Armenia, Russia and Azerbaijan, supports the fact. According to the agreement the parties will create a joint commission for the demarcation of the state border. Armenia and Azerbaijan will form the national delegations in the Commission’s framework until 31 May 2021. In its turn, the Russian Federation will also form a national delegation to hold consultation support in the Commission’s framework until 31 May 2021.

Perhaps, only delimitation of the state border is essential for durable peace because as stated by OSCE “Delimitation of the boundary is legal formalization in a treaty of the state boundary between adjoining states, whose position is graphically plotted on the topographic map and duly defined in its corresponding written description, whereupon the map and the description may become an integral part of the treaty or its annex”. In fact, Azerbaijan and Armenia must sign such an agreement to achieve long-awaited peace in the South Caucasus.

In the end, it should be emphasized that the border problems between Azerbaijan and Armenia will be key challenges to security and sustainable peace if neighboring states cannot sign an agreement for the demarcation /delimitation of the two countries’ borders. Today, seven villages of Gazakh district and one village of Sadarak district of Nakhchivan AR are still under Armenian control. Azerbaijan wants to restore its territorial integrity within its internationally recognized borders. Armenia must understand that the peaceful coexistence of Azerbaijani and Armenian people in the Karabakh region is a priority of the Azerbaijani government. Carrying out propaganda against Azerbaijan and preventing the commencement of the demarcation/delimitation will only damage the peace process. The long-term solution to the Armenia-Azerbaijan border dispute is the mutual recognition of territorial integrity and support to this issue by the whole international community.