Why the Armenian-Azerbaijani conflict matters to the EU 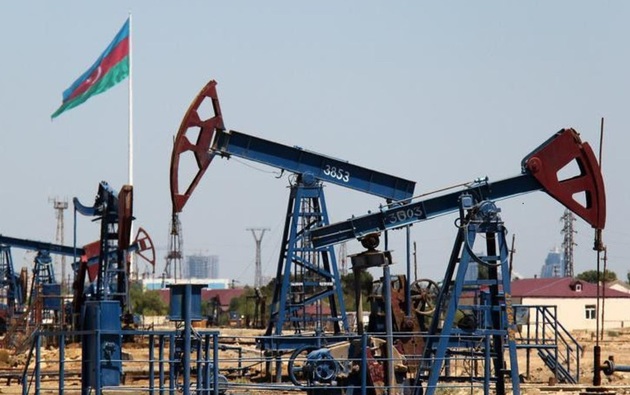 Fighting between Armenia and Azerbaijan over the disputed Nagorno-Karabakh region has escalated. The recent clashes pose a serious security threat to the EU’s oil and gas infrastructures, Agha Bayramov, lecturer at the University of Groningen, writes in the article WHY THE ARMENIAN-AZERBAIJANI CONFLICT MATTERS TO THE EU for Сlingendael Spectator.

Armenia and Azerbaijan have been at war since Armenia captured Nagorno-Karabakh and seven surrounding districts.  The Bishkek Protocol ended the war in 1994 but hostility between Armenia and Azerbaijan has risen significantly in the following years. 12 July 2020 marked the beginning of new military clashes when hostilities in the Tovuz (Azerbaijan) and Tavush (Armenia) segments of the international border turned violent. New military clashes erupted at several locations along the Nagorno-Karabakh line of contact on 27 September 2020. Considering its scale and civilian casualties, these current clashes are the most serious escalation since 1994.

Why does it matter to the EU?

Firstly, because the new clashes happened between two Eastern Partnership (EaP) neighbours. The EaP aims to strengthen stability, security and prosperity in the six eastern neighbours of the EU. If the EaP cannot address conflicts in the South Caucasus, it will have failed in one of its key purposes.

Secondly, the recent clashes pose a security threat to the EU’s oil and gas infrastructures (for example the Baku-Tbilisi-Ceyhan oil pipeline and the Southern Gas Corridor) and its energy companies’ economic interests. More specifically, the new clashes happened next to the European pipeline corridor transporting natural resources from Azerbaijan and the Caspian Sea to Europe.

Due to the deadly clashes, the vice-president on investment and marketing at the State Oil Company of the Azerbaijan Republic (SOCAR), Elshad Nassirov, claimed that Armenia’s military provocations were intended to disrupt Azerbaijani plans to begin supplying gas to Europe in three months. He stressed that “the entire infrastructure for the supply of Azerbaijan’s energy resources to western countries and the global market is located in this region”. In this regard, the July clashes have implications not only for stability in the Caucasus region, but also for Europe and the wider international community.

The Southern Gas Corridor (SGC) is designed as a 3500 kilometre pipeline from Azerbaijan to Italy via Turkey, Greece and Albania. The SGC would transport up to 16 billion cubic metres (bcm) of gas to Europe, with an estimated construction cost of over 40 billion US Dollars. The SGC includes three pipelines: The South Caucasus Pipeline (SCP), the Trans-Anatolian-Gas Pipeline (TANAP) and the Trans Adriatic Pipeline (TAP).

The SCP (the first leg of the SGC), which has been in operation since late 2006, runs from Azerbaijan to Georgia. The 692 kilometre SCP, which transports natural gas from the Shah Deniz field to the Georgian-Turkish border, lies approximately 15 kilometre from Azerbaijan’s border districts of Aghstafa and Tovuz, where recent clashes took place.

If – theoretically – fighting was to resume between Armenia and Azerbaijan, Armenia’s medium and long-range missiles (for example the Iskandar missile) would hit the first leg of the SGC project.

Discovery of the Shah Deniz 2 gas field in combination with the EU’s natural gas diversification strategy, which followed from the Russian-Ukrainian gas crises (in 2006 and 2009), have opened the new phase of the Caspian energy development. The European Commission also indicated that serious gas supply disruptions in 2006 and 2009 acted as a “wake-up call”, indicating the EU’s vulnerability when it comes to energy supply.

In this regard, the main aim of the SGC, as an initiative of the European Commission, is to diversify Europe’s supply sources, primarily with the objective to create an alternative for Russian supply. Next to this, it must decrease the EU’s energy vulnerability and develop the infrastructure necessary for trans­porting gas from the Caspian region.However, its successful development is dependent on stability in the South Caucasus.

Considering the total European gas consumption of about 500 bcm per year, it can be argued that the SGC is not a silver bullet for the EU. However, the SGC could have a dramatic impact on the energy security in Italy, Greece and Bulgaria. Because of the SGC, the EU should thus have an additional incentive to assist in resolving the conflict.

The SGC is also a mediating interface as it manages to bind multiple European actors together, which creates mutual interdependency and alliances among them. In addition to Greece and Italy, the European energy companies and intergovernmental organisations, such as British Petroleum (BP), Società Nazionale Metanodotti (SNAM), Fluxys, Empresa Nacional del Gas (Enagas), Axpo and the European Bank for Reconstruction and Development (EBRD), are the key financial actors in the SGC.

These companies benefit significantly from embarking upon this project because the SGC adds new reserves to their resource bases and diversifies their energy portfolios. Nevertheless, the new clashes pose a threat to all the potential European beneficiaries of the SGC.

Additionally, the capacity of the SGC can be expanded when additional sources of natural gas become available (for example from the Eastern Mediterranean, Iraq and Iran). Over the last decade, the EU has intensified its efforts to expand the SGC, seeking to attract gas from Turkmenistan, a country known for its gigantic onshore gas fields that currently supply only Chinese and Russian markets. Azerbaijan is in a great position to facilitate this gas transit between Turkmenistan and the EU. In this regard, the protection of this vital corridor should be important for European energy security.

In addition to natural gas, the EU is heavily dependent on the import of crude oil. In 2018, total imports of crude oil to the EU amounted to 512.5 million tonnes. The Baku-Tbilisi-Ceyhan (BTC) pipeline became operational in June 2006. The pipeline carries oil from the Azeri-Chirag-Deepwater Gunashli (ACG) field in the Caspian Sea and condensates from Shah Deniz across Azerbaijan, Georgia and Turkey. Next to this, crude oil from Turkmenistan and Kazakhstan continues to be transported via this pipeline to the European countries.

The pipeline exports up to a million barrels per day of oil, the majority of which is consumed on the European market. Therefore, the BTC is the original backbone of the existing energy corridor. It plays an important role in the energy mix of several large member states, such as Italy.

The BTC runs parallel to the SCP for 429 miles through Azerbaijan and Georgia, before ending in the Turkish Mediterranean port of Ceyhan. More specifically, the 1768 kilometre long pipeline also passes through Aghstafa and Tovuz (the current fighting area), transporting oil from Azerbaijan to Georgia and Turkey. The BTC is a non-Russian pipeline that physically connects the West to the Caspian Sea, bypassing Russia. In addition, it comes from a reliable source outside the Organisation of Petroleum Exporting Countries (OPEC) and is controlled by western oil firms. Furthermore, the pipeline has integrated the markets around the Black and the Caspian Sea with Europe.

The BTC has thus diversified the EU’s energy import and reduced its reliance on Russia. The fact that 5 per cent of all European oil imports go through Azerbaijan, Georgia and Turkey indicates the significance of the pipeline.

During the first quarter of 2020, Azerbaijan exported roughly three million tons of crude oil to Italy, establishing itself as the main crude oil supplier for the country. In addition to Italy, Germany, Spain, the Netherlands, France and Portugal have imported crude oil from Azerbaijan.

In this regard, if fighting was to restart between Armenia and Azerbaijan, it would damage energy producers (Azerbaijan), transit countries (Georgia) and consumers (Europe).

This means that any conflict between Armenia and Azerbaijan would be very likely to result in damage to the existing oil pipeline, which would disrupt the European energy flow and will cost its energy companies billions of euros.

For example, in October 2007, the deputy speaker of the Armenian parliament, Vahan Hovhannisian, said the “first thing that would be destroyed in case of Azerbaijani aggression is its oil capacities”. Additionally, in military exercises the Armenian air force has simulated the bombing of the existing energy pipelines, illustrating that it is a realistic scenario.

In light of this, the EU should not remain a passive observer of the conflict. It should increase its diplomatic efforts to avoid further escalation between Armenia and Azerbaijan.

What should the EU do?

The recent clashes once again highlighted this possibility. The aim of the EU’s external energy policy is to create a transparent, secure and stable regional energy market that guarantees the EU’s energy security. In order to do so, the EU needs to take action and increase its diplomatic involvement in political struggles in the South Caucasus.

In this regard, the importance of the Caspian Basin oil and, especially, gas reserves are crucial for the diversification of the EU’s energy imports. It is one of the few regions where the EU can further diversify its gas imports. Consequently, this active violence will most likely continue and even gradually increase so as long as the EU continues to maintain silent.

Changing the format of the Minsk Group is no longer a relevant solution. However, increasing the involvement of other EU member states (Italy, Germany, Sweden and Finland) which are also permanent members of the Minsk Group would be advantageous.

On 30 September, for example, French President Emmanuel Macron violated France’s (the Minsk Group co-chair) commitment to neutrality by promising greater support only to Armenia: "I say to Armenia and to the Armenians, France will play its role."[7] If France is truly committed to its neutrality, then Macron should also promise to Azerbaijan and the Azerbaijanis that France will also play its role in implementing the four United Nations Security Council resolutions (822, 853, 874 and 884). They were adopted in 1993 to confirm the territorial integrity of Azerbaijanand demanded the immediate withdrawal of occu­pying forces from the territory of Azerbaijan.

The prolonged silence of the EU may damage its credibility. On the one hand, the EU has shown strong support for Russia’s violation of Ukraine’s and Georgia’s sovereignty by issuing high-level statements. On the other hand, the EU has demonstrated only modest concern for Azerbaijan’s territorial integrity.

If the EU is truly committed to improving stability in the South Caucasus, and avoiding a repeat of the 1990s Balkans experience, then it must take more substantive action. The EU has invested a lot in the region over the past years and the Nagorno-Karabakh conflict could easily make the investment worthless. The EU should generate additional guarantees for the security of the South Caucasus and directly contribute to the stability of the region.

Ilham Aliyev to France 24: We are ready to start working on the future peace agreement between Azerbaijan and Armenia

Peace, Problems and Perspectives in the Post-war South Caucasus