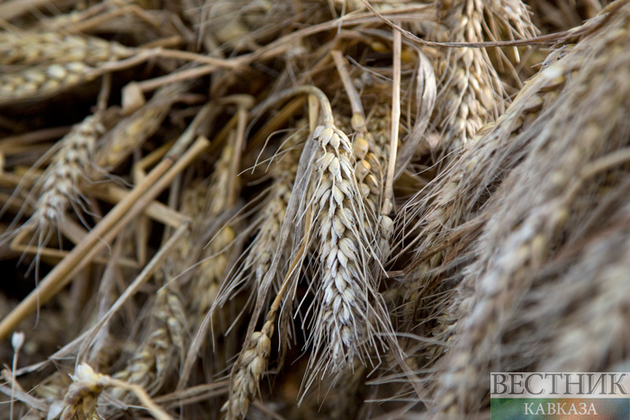 With the West seemingly in knots over wheat and grains supplies from the upcoming 2022 harvest, sanctions appear poised to bite them back with the complete destruction of trade with Russia. Western governments and media have concentrated on the Ukrainian harvest, which can be transported via Ukraine’s borders with Poland, Hungary, Slovakia, and Romania. The reality is that the EU has not properly invested in securing these supply chains, Silk Road Briefing writes.

While Ukraine is a major supplier of wheat and grains, it has also not invested sufficiently in storage facilities. Last year’s harvest reached a record 86 million tonnes, however only 45.5 million tonnes were exported. Reserves have not been built up due to a lack of investment in storage and warehousing facilities both in Ukraine and the European Union. Now, with Ukrainian supplies falling short, an underprepared EU is now competing with North Africa, the Middle East and Asia for supplies.

Russia is by far the world’s largest wheat and grain producer, accounting for 17% of global supplies (against Ukraine’s 6%). Other major global suppliers are China, India, and Kazakhstan, none of whom are entirely happy with previous Western initiatives (The United States placed tariffs on Chinese grains in 2018), and whom in any case have supply chains organized to their respective regional, not Western markets. China continues to export grain, as does Russia, but India and Kazakhstan have both placed export bans on these products.

The United States, Canada, and Australia meanwhile all produce more grain than Ukraine does, however, are also unwilling to divert supplies. According to the West’s rhetoric however, the diminished Russian exports of wheat, under EU sanctions, is a Russian-manufactured problem and nothing to do with Brussels either cutting the countries Agricultural Bank off from SWIFT or being totally unprepared for the consequences.

Russia is exporting grans however, and is expecting a record harvest this year. Distributing that though as Russian ports to the EU have been sanctioned and closed, remains an issue as does the EU’s ability to pay for any of it.

Iran however is stepping in to help. Mohammad Reza Mortazavi, the head of Iran’s Food Industries Associations, has stated that Iran is discussing the transit of grains from Russia to the Persian Gulf region and other countries. “Iran can transit wheat from Russia to other countries and Iranian companies could dominate the trade,” he stated this week.

He pointed out that Iran, Russia, and Kazakhstan could barter wheat and grains with other products such as vegetables, fruits, and dairy. According to Mortazavi, Iran is predicted to import 7.5 million tons of wheat this year, and will increase the guaranteed purchase of 5.5 million tons of domestic wheat by September. That accounts for about 25% of the Ukrainian yield. That’s not enough, but it will help. Some could have been diverted to Europe. The problem? The West has sanctioned Iranian trade and cut the country off from the global SWIFT banking network. Even if the EU wanted to buy grains transiting through Iran, it cannot legally pay for them.

Russia meanwhile expects to harvest 130 million tonnes of grain this year, including 87 million tonnes of wheat. China is expected to harvest a whopping 650 million tonnes of grain, although its 2021-2022 winter harvest was down due to adverse weather conditions and none was made available for export. The United States, in its infinite wisdom, imposed tariffs on China for agricultural and grain products back in 2018, many of which remain in place. That decimated US grain exports and has come back to haunt global supplies at a time when those are needed.

The underlying message is that there is more than enough grain and wheat production worldwide to feed everyone. However, a combination of a lack of investment into storage and warehousing, problematic food security management and the massive interference in supply chains caused by sanctions and trade tariffs have inflicted huge damage. The May-June harvest is just about due and alternatives, at least for the EU, are not in place.

There will be additional aftershocks. Much of the global autumn (September-October) 2022 grain harvest is actually intended for winter livestock feed. If self-inflicted bottlenecks or alternative supply chains cannot be remedied or found within the next four-five months, millions of animals previously destined for EU consumption will have to be put down – or starve. But this is what happens when you sanction your supply chains and cut your needed importers off from payment mechanisms to buy their products.

Fareed Zakaria: West’s Ukraine strategy is in danger of failing