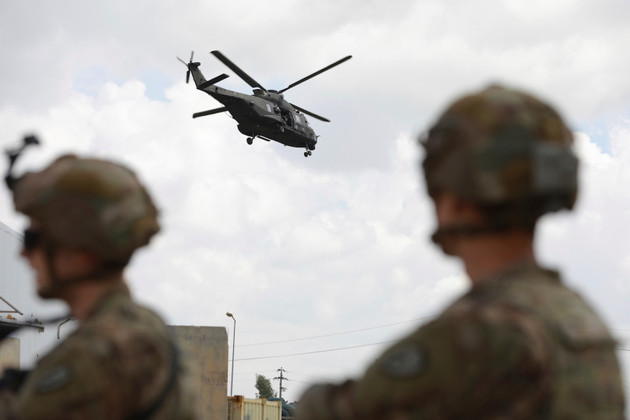 As the coronavirus pandemic rages around the world and Americans remain divided on reopening the economy, lawmakers in the United States seem united on one issue: an overwhelming bipartisan majority in the House of Representatives agrees that the conventional arms embargo on Iran, due to expire in October, should be renewed. Foreign Policy reports in its article To Stop a U.S.-Iran War, Finlandize Iraq that U.S. President Donald Trump’s administration’s so-called maximum-pressure campaign carries a bigger danger: The United States could get caught in another war of choice in the Middle East.

By exerting pressure, supporting regime change, and working to cut off the regime’s access to resources without providing positive inducements or signals that compliance would be rewarded by the United States, there is a greater chance of Iran lashing out by directly attacking U.S. forces (such as the retaliation that came in the months after the assassination of Iranian commander Qassem Suleimani) or of inadvertent escalation (such as in April, when Iranian speedboats came within a few yards of U.S. warships in the Persian Gulf, and Trump tweeted the U.S. Navy should “shoot down and destroy” any Iranian ships harassing U.S. vessels).

The United States and Iran could avoid such confrontations, which could easily spiral into war, by agreeing to “Finlandize” Iraq. Iraq would become a neutral state, like Finland during the Cold War—a “sphere of restraint” that would not serve as an arena of competition for influence, nor would it attempt to dominate others as it did during former Iraqi President Saddam Hussein’s reign.

It is likely that the Trump administration fears Iran will distribute new weapons to its proxies in Iraq, Syria, and Lebanon and rearm itself while restarting its atomic weapons program. A conventionally well-armed, nuclear Iran could be unstoppable in its quest to dominate the Middle East. However, Iran’s economy has been weakened by sanctions and low oil prices. Even if the embargo is lifted, Iran cannot afford tons of new weapons. Moreover, not only is Iran far away from having a nuclear weapon, but, as demonstrated by its recent space launch, it does not currently possess the capability to attach a nuclear warhead to a ballistic missile, either.

U.S.-Iranian relations have been bad for several years, but tensions began to escalate after Trump withdrew from the nuclear deal in May 2018 and inaugurated a new policy known as maximum pressure. Tensions worsened after the U.S. assassination of Suleimani in early January 2020. This inaugurated a dramatic escalation between U.S. forces and Iranian-backed militias in Iraq.

The best way to de-escalate tensions now is to Finlandize Iraq. Shortly after World War II began, the Soviet Union demanded that Finland cede a large amount of its territory in order to protect Leningrad. However, the Finns refused and preferred to fight rather than capitulate. The Soviets invaded Finland in what became known as the Winter War.

The conflict lasted a little more than three months, and the Soviets incurred large numbers of casualties. They also significantly lowered their demands at the peace table in 1940.  “Finlandization,” described as “active and principled neutrality,” was later inaugurated in  1948.  The Finns and the Soviets agreed that Finland would not join any alliance with a power hostile to Moscow, in exchange for the Soviets respecting Finland’s autonomy and democracy.Under this arrangement, Finland avoided becoming a puppet state and the Soviets avoided having a hostile neighbor.

Similarly, the United States, the Soviet Union, Britain, and France reached a similar arrangement when they agreed to withdraw from Austria in the Austrian State Treaty in 1955. Soviet leader Nikita Khrushchev remarked at the time, “Is there any stronger proof necessary to show that the Soviet Union does not want to seize Europe to carry on any sort of war? … Who would evacuate troops if he wanted to attack?” Shortly after the last Allied troops left Austria in October 1955, the Austrian Parliament passed a measure declaring the country’s neutrality.

In other words, the United States and Iran could agree to treat Iraq as a “sphere of restraint” or neutral zone, much like the U.S. and the Soviet governments agreed to treat states such as Finland and Austria during the Cold War. Such arrangements have worked well for those countries, as well as for Switzerland and Sweden. Scholars have proposed implementing similar agreements in places from Taiwan to Eastern Europe and the Caucasus.

US suggests fail of JCPOA