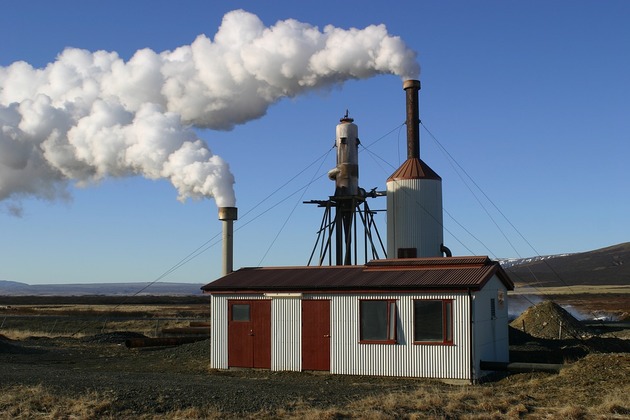 As the world begins to accept the urgency of mitigating and adapting to climate change, many nations around the globe are starting to work toward a clean energy transition in more tangible and ambitious ways than ever before. The transition can’t come fast enough. This August the UN issued a “code red for humanity” accompanying a report that showed that not only have humans already irreversibly altered the climate, but the window for avoiding even more damage and the worst effects of climate change is also rapidly closing, Yahoo Finance writes.

The International Energy Agency (IEA) has put together a scenario that shows one potential answer to that exact question. Their Sustainable Development Scenario (SDS) is “a ‘well below 2 °C’ pathway [that] represents a gateway to the outcomes targeted by the Paris Agreement.” This refers to the goal of limiting global average temperatures from rising more than 1.5° Celsius above pre-industrial averages in order to avoid the worst impacts of global warming. The SDS is a comprehensive scenario which lays out feasible pathways for growth for a wide range of low-emissions forms of energy production.

One of those low impact, low-carbon alternatives is geothermal energy, which sources energy from the heat of the Earth’s core. Geothermal is available year-round, is not a variable renewable energy like wind or solar (which are dependent on the weather) and already exists in many locations in a commercial capacity. Plus, the potential for scaling geothermal energy is enormous. According to figures from the United States’ Department of Energy, as yet untapped in-country geothermal resources could supply as much as 10 percent of current domestic energy needs.

In order to fit with the SDS projection, geothermal energy would have to grow at a rate of 10% each year. In reality, not only is geothermal’s actual current growth rate far less than 10%, it’s actually been shrinking. “Geothermal electricity generation increased by an estimated 3% in 2019, below the average growth of the five previous years'' the IEA reports.

Why is a proven technology with such promising energy transition potential on the decline when we need it most? The primary reason is that developing new geothermal plants is expensive. “To grow as a national solution, geothermal must overcome significant technical and non-technical barriers in order to reduce cost and risk,” says the introduction to a 2019 U.S. Department of Energy (DOE) report — GeoVision: Harnessing the Heat Beneath Our Feet. “The subsurface exploration required for geothermal energy is foremost among these barriers, given the expense, complexity, and risk of such activities.”

But advocates of geothermal energy see an extremely simple solution to this barrier to entry: redirect some of that money that is still going toward subsidies for fossil fuels. Geothermal may be expensive upfront, but climate change will be much costlier. What’s more, there are many scientists and researchers, working in both public and private capacities, who are making great strides to advance geothermal technology and adapt it to be both more adaptable and more scalable.

In Italy, a team of scientists has proposed repurposing old oil and gas wells, which already are dub deep into the heat of the Earth, as geothermal energy plants as a way of lowering costs and taking advantage of existing infrastructure. There have also been enormous advances in the field of enhanced geothermal systems (EGS). “Historically, in order to provide geothermal energy, sites had to have three things: heat, water, and permeability. But for EGS, new geothermal fields can exist in the absence of underground water reservoirs,” explains the Climate Reality Project. “In EGS, you drill down into the Earth’s crust and fracture a hot rock formation. Water is injected into the wells, heated by the rock, and returned back to the surface. The steam is then used to power a turbine or generator, and any excess water collected is sent back into the Earth to be reused.”

Thanks to EGS, geothermal is no longer just for Icelanders. It’s possible at a commercial scale nearly anywhere on Earth. If policymakers and energy industry leaders can be convinced to get behind geothermal energy in earnest, it could be a gamechanger in the fight against climate change. In fact, depending on who you ask, geothermal is not just a good alternative, it’s an absolute imperative for a decarbonized world.

Not all of us to survive, climatologists say