Will there always be war on the Korean Peninsula? 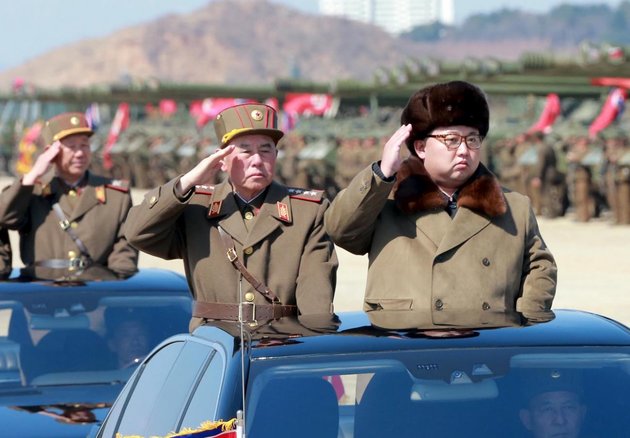 As the world commemorates the 70th anniversary of the start of the Korean War, the Center for the National Interest’s Korean Studies team decided to ask dozens of the world’s top experts a simple question: Do you believe that the Korean War will finally come to an end before its next major anniversary in 2025? The below piece of The National Interest is an answer to that question.

Will the Korean War come to an end before it turns seventy-five years old in 2025? For many, the question may sound odd. Despite the resurgence of tensions, we are not actually fighting.   However, the question means something quite different. Will the Armistice Agreement, signed not by national representatives but by military leaders, be replaced by a peace agreement?

The prospects of such an outcome by 2025—just over one presidential term in the future—are not zero. But they are pretty close to zero. The problem is that there is no clear path to such an agreement that would be acceptable to all parties. This can be seen by considering what the terms “peace agreement” and “peace regime” mean to North Korea.

In general, North Korean usage sees a peace agreement as a bilateral arrangement to be struck with the United States that would settle outstanding issues and set in train a process of mutual recognition and diplomatic normalization. Pyongyang has attached a variety of conditions to such an agreement, sometimes to be achieved in advance, sometimes exhibiting more flexibility about when mutual concessions would actually be made. These demands have included a full or partial withdrawal of American troops, a suspension of exercises, the lifting of bilateral—and now multilateral—sanctions—and the elusive but often-repeated demand for the United States to end its “hostile policy.”

The United States asks has consistently centered on bringing North Korea into compliance with its obligations under the Non-Proliferation Treaty. Since the first nuclear test in 2006, that would now require an actual rollback of existing capabilities. Such an outcome is a much harder lift than the Obama administration faced in negotiating with Iran when the country had not broken out. It is exceedingly difficult to imagine an American president signing a peace agreement with a nuclear North Korea, let alone moving formally to replace the armistice with a new peace architecture.

That sequencing, though, may beg the question, and here is where those slim chances of a path to peace might lie. If nuclear negotiations narrowly conceived have proven a nonstarter, then why not throw everything on the table—first bilaterally, drawing on the summit processes set in train since 2018, and then multilaterally as conditions ripen? Such a negotiating process would try to solve the recurrent problem of sequencing—who moves first—by outlining a comprehensive path to mutual recognition and a peace regime in which there are no preconditions whatsoever.

At this juncture, it is pretty clear that the leadership for such an initiative is missing in action. The president has said openly that he has no interest in tackling this issue prior to the elections. At the same time, the United States has given President Moon Jae-in precious little wiggle room to develop a North-South channel. Secretary of State Mike Pompeo has effectively played the role of “Dr. No” to virtually anything Seoul might seek to do on the North-South front, adding an additional strain to those imposed by the embarrassing United States overbidding with respect to the host-nation support negotiations.

Would a Biden administration do any better? I honestly doubt it, but perhaps not for lack of trying. The sad fact is that North Korea has become quite comfortable with its nuclear weapons. Hopes that either expanding our offers or turning the sanctions screw one more notch will yield a different outcome seem unlikely.

The advice that springs from this pessimism is not entirely pessimistic, however. A Biden could provide Moon some space to breathe on the issue; indeed, reducing the low-level tensions between Washington and Seoul would probably strengthen the credibility of the deterrent. Putting more generous offers on the table might be useful if the Kim regime were to magically change its mind about its nuclear and missile programs. But magical thinking is not policy. We are in a containment world, and the armistice is likely to remain an integral part of that world for some time.

“The Room Where it Happened” could damage negotiations with Pyongyang

A year after Kim Jong Un’s first summit with Putin, where do Russia-North Korea relations stand