Yerevan wants to befriend Cairo to stand against Ankara 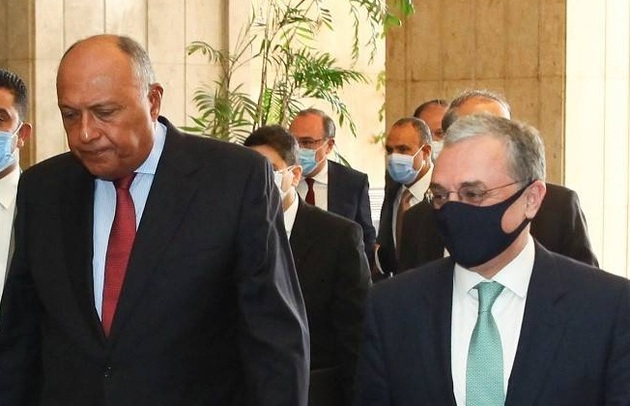 The first three-day official visit of Armenian Foreign Minister Zohrab Mnatsakanyan to Egypt ended, where he met with his Egyptian counterpart Sameh Shukri and representatives of the local Armenian diaspora. Prior to this, the head of the Armenian Foreign Ministry traveled to Cairo in May 2012, to a meeting of the foreign ministers of the member states of the Non-Aligned Movement. Over these eight years, there have been many dramatic events associated with the change of regimes in Armenia and Egypt. Now in Yerevan they have recalled that in Egypt such element of "soft power" of Armenian diplomacy as the Armenian diaspora is not used enough.

Egypt is the most populous country in the Middle East, with over one hundred million people. The Armenian diaspora numbers about 10 thousand people and therefore does not represent a significant political force, therefore it can be assumed that establishing closer contacts with the Armenian diaspora in Egypt was not the primary goal of Mnatsakanyan's visit to Cairo.

How then did he attract the attention of Yerevan? Egypt is not involved in the process of settling the Karabakh conflict, the trade turnover between the states can hardly be called impressive. However, Armenia is convinced that in recent years Cairo has been consistently forming an anti-Turkish alliance in the Eastern Mediterranean, closely following Ankara's intelligence activities in the Mediterranean, perceiving Turkey as its main strategic (including economic) competitor in the entire regional space. Egypt does not support the strengthening of the Turkish military presence in the region, trying not to draw too much attention to its foreign policy in Libya.

Against the background of Middle East rivalry, Yerevan acts on the principle of "the enemy of my enemy is my friend," and therefore Mnatsakanyan's three-day visit to Cairo was intended to probe the prospects for anti-Turkish cooperation. In international politics, Yerevan closely follows any anti-Turkish political speeches, paying most attention to the statements of politicians in Greece, France, Italy and Egypt. Armenian diplomacy does not hide its interest in the formation of the Yerevan-Cairo-Athens axis, hoping that it is Egypt that should become a key participant in the axis, since the Greek-Turkish contradictions do not need introduction, despite the membership of both countries in NATO.

Obviously, Armenian diplomacy does not change its foreign policy line, since its primary task is to legitimize the occupation of Nagorno-Karabakh. Turkey openly supports the territorial integrity of Azerbaijan, criticizing official Yerevan. But it is not known whether Greece or Egypt are ready to support Yerevan in the settlement of the Karabakh conflict. For Egyptian diplomacy, the futility of direct or indirect involvement in the negotiation process on Karabakh, especially on the side of Yerevan, is obvious. The most likely vector of diplomatic cooperation between Cairo and Yerevan can only be anti-Turkish rhetoric, but even in this case the limits of cooperation remain unknown, since Egypt is not on the list of countries demonizing Ankara, including in connection with the tragic events of 1915 in the Ottoman Empire. The real agenda of the visit of the head of the Armenian Foreign Ministry was indirectly confirmed by his attempt to once again remind about the events of the First World War with an emphasis on the origin of the Armenian diaspora in Egypt in the context of the Armenian-phobic policy of the Turkish authorities. Thus, the minister made it clear that in 2020, in the understanding of Armenian diplomacy, the "Turkish threat" remains one of the most important challenges for Armenia and the diaspora.