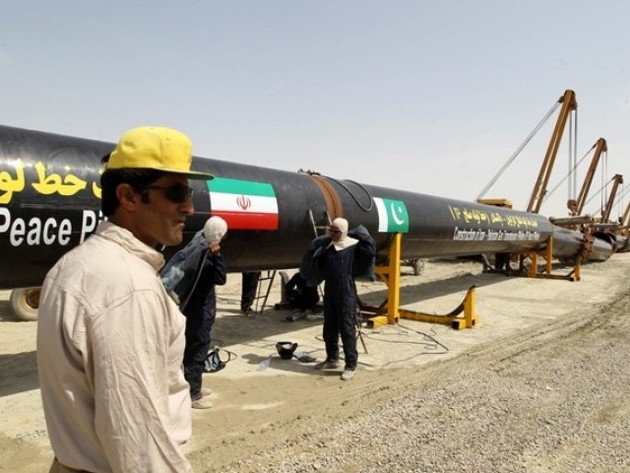 The Russian-Ukrainian crisis is gaining a long-term character, posing new questions to the international community and making the old ones sharper. One of them is gas supplies to Europe. Günther Oettinger, European Commissioner for Energy, explained the position of the Old World on the matter. “In September a session of the member states of the EU will be held, and we will develop suggestions on changes in our energy policy in future decades. We are counting on an increased number of providers,” he said. According to him, the EU is interested in cooperation with Russia, but it will strive to import energy resources from different countries. The reason is the growth of tension between the EU and Moscow over Ukraine. “We wish Russia remained our partner. However, there are Norway, Algeria, the South Corridor Project which will enable us to import gas from Azerbaijan through Turkey, Greece to Albania, Italy, Bulgaria, and European markets in five years. Moreover, we plan to boost imports of liquefied gas from Qatar,” Günther Oettinger said.

Several players are interested in changes in the energy supply of Europe. One of them is Iran. Considering the sanctions against it, it is uninvolved in global projects. The country has the second highest volume of natural gas in the world, and it is ready to launch exports immediately. The only obstacle is the sanctions. All comments by Iranian officials contain only the idea of cancelling sanctions and we will fill your pipelines with gas.

However, Günther Oettinger didn’t mention Iran in his speech. Probably he not only didn’t want to touch on the acute Iranian problem, but also considers gas imports from the country a problem, as there is no demanded pipeline infrastructure with significant capacity. However, Tehran doesn’t think it is a problem. Iran's deputy Minister of Oil for international and trade affairs, Ali Majedi, thinks that the country is able to export gas to Europe through a pipeline in Turkey. The volume of exports could be 50 million cubic meters daily. Speaking about gas exports, Ali Majedi suggested several promising projects of pipelines: through Armenia, Georgia, and along the bottom of the Black Sea; and the second project is Iraq-Syria-Lebanon. There is demand for Iranian gas in other directions as well – Pakistan, Oman, and Iraq. The main problem of Iran is not only sanctions, but gas production, i.e. out-of-date technologies and equipment. Tehran needs about $300 billion of investments to modernize its infrastructure. Iran has no such an amount of money.

Vladimir Yevseyev, the head of the Caucasus Department in the CIS Countries Institute, told Vestnik Kavkaza that the Iranian suggestion about gas supplies to Europe is simple: cancel sanctions, build a pipeline, and we will agree with Russia on gas exports to Europe. But this is unrealistic. “Today Iran cannot export natural gas to Europe. All the sanctions cannot be cancelled; while Europe won’t invest in Iranian gas production and infrastructure. Moreover, Tehran makes it clear that without Russian approval it won’t take steps in the sphere. So construction of an Iranian pipeline to Europe is not acute today.”

According to the expert, it is more important for Tehran to construct a gas pipeline in Pakistan; the project was scrapped by Islamabad under Washington’s pressure. Iran is waiting for December 1st, when Pakistan will begin to pay the punitive sanctions required by the signed contract. Yevseyev thinks that the Iraqi and Syrian directions are only theoretical. “In fact there is only one export pipeline – to Turkey. However, there are problems as well,” the expert said. The current capacity of the pipeline is 30 billion cubic meters annually.

Yevseyev believes that Iran shouldn’t hope for cancellation of sanctions. First of all, if it happens, the USA will lose influence over Iran; so all sanctions cannot be eliminated. Secondly, they won’t be cancelled due to the firm position of Saudi Arabia and Israel. Washington doesn’t let Iran build a pipeline to Pakistan. What can be said about Europe?

Therefore, Iran wouldn’t take a constructive position in the talks on the nuclear matters; the next round will take place on July 20th. Russia remains a reliable partner of Iran in the context. Probably Iran will express interest toward the Eurasian Economic Union. According to Yevseyev, “Moscow offers certain projects; and if it weren't for a part of the Iranian elite which looks to the West, Russian-Iranian relations would develop more rapidly.”