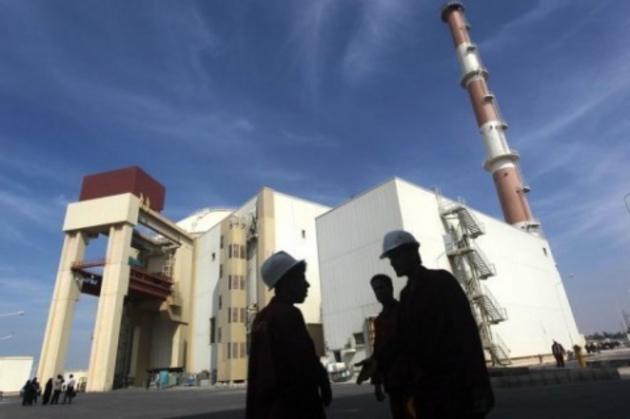 The talks held in Moscow on Iran's nuclear program provoked contradictory responses. Some analysts regard it as victory for Iran, others consider them a breakthrough, but admit that they did not reach the final aim. Either way, the EU has not forgotten about its proposal, and on July 1 it will adopt a new set of tough sanctions against Iran, which might stop exports of Iranian oil. The sanctions will become key appendices to the already-existing US sanctions against the oil and financial sectors of Iran.

According to economists, the decline in daily exports of oil by 1 million barrels of oil means that Iran is lossing about $90 million to its budget. Western news agencies report that reduced purchases of Iranian oil are forcing Iran to store oil in tankers located in the Persian Gulf.

The director of the Russian Center for Public Policy Research, Vladimir Yevseyev, believes that the talks in Moscow have been successful. The researcher said that the West is to blame for the lack of a final resolution of the crisis, since Iran had already advanced concrete proposals on its settlement at the first round of talks in Istanbul.

Yeveseyev said that Iran needs only 30 kg of hexafluoride to continue its research, since it already has 145 kg of the 170 kg needed to arm five warheads. The main issue for Iran is to justify the enrichment of uranium in order to finally deflect the suspicions of the West, because at the moment Iran has only one nuclear power plant at Bushehr.


The expert is convinced that there are no tough sanctions that could suppress Iran, since it would answer by entering into war. In the case of war, if Russia does not prevent the US aggression, it can only deprive it of legitimacy and advocate for its immediate end.
"Russian troops will not enter Iran, Russia will not defend Iran from the West by force. China will behave exactly the same as Russia. In case of war, Russia will try to diminish the conflict and at the moment it is trying to prevent it," the Russian expert said.

The director general of Center for the Study of Modern Iran, Rajab Safarov, believes that "the Moscow meeting with the six countries on the resolution of the nuclear issue brought victory to Iran."


Rajab Safarov called the invitation of Iran to the IAEA inspectors to visit the Ford plant a very important decision and stressed that this plant is a military object.

At the Moscow meeting, it was decided to establish a committee consisting of international experts to study the nuclear issue of Iran. The first technical meeting on Iran will be held in Istanbul on July 3.
Russian Deputy Foreign Minister Sergei Ryabkov hopes that the new round of Istanbul talks will expand the basic mutual understanding in order to adopt further actions on a resolution of the crisis, ITAR-TASS quotes his words.


Ryabkov said that one of the major problems in the meetings is the lack of knowledge among the participants. He stressed that the nuclear issue requires very specific and rather professional knowledge in order to adopt decisions in the sphere of nuclear power.
The continuing dialogue between Iran and the West and the introduction of softer rhetoric help minimize the risk of escalation of the conflict. Washington is holding back Israel, its strategic ally, from taking drastic decisions regarding Iran's nuclear program. However, in case of a failure in the negotiation process, the parties can once again change their rhetoric. According to various estimates, Barack Obama is not going to prompt the Iranian crisis before the election in November 2012. At the same time, Obama's opponent from the Republican Party, Mitt Romney, uses a lot of military rhetoric and if he wins it could pose a lot of problems. The Iranian crisis could be held hostage to the internal politics of Washington. However, even the American authorities understand that a military confrontation with Iran could be very harmful not only for the region, but also for the whole world.