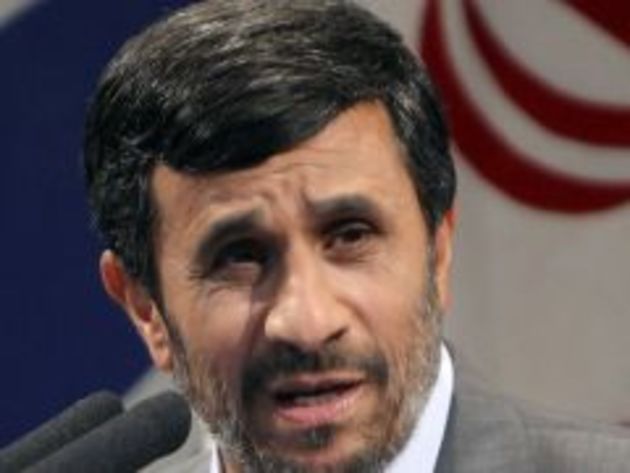 Sources in Israel state that despite official statements, US President Barack Obama has accepted the position of the Israeli prime minister Benjamin Netanyahu and doesn’t exclude a possibility of “a surgery strike” on the Iranian nuclear facilities in the foreseeable future. At the same time, the joint American-Israeli war games which are to begin in the nearest future will also include defeat of an Iranian missile attack on Israel.

Coming of the Iranian-Israeli military conflict is confirmed by Iranian President Mahmud Ahmadinejad’s statement who admitted the possibility of an Israeli strike on Iran – previously Ahmadinejad called statements by Israeli politicians “blusters.” However, Ahmadinejad continued that such a strike would be suicidal for Israel. The same view is shared by the former commandant of the Islamic Revolution Guards Corps and the current aide of Ali Khamenei, Mukhsein Razai. He said that the Israeli Minister of Defense, Ehud Barak, is wrong to think that no more than 500 citizens will be killed by Iranian offensives. Razai thinks that first days of the Iranian-Israeli war will kill no less than 10 000 Israeli citizens, after which Israel will consider surrender. The statements were made against the background of growing crisis of the Iranian economy which is close to a collapse.

At the same time, some Israeli analysts believe that no military conflict between Iran and Israel will take place in the foreseeable future. The Arab Spring has established an absolutely new situation in the Middle East and has made Salafi one of the most powerful forces in the Islamic world. Salafi and their idea of reconstruction of “the Islamic territory” are equally dangerous to Israel, Turkey, and the fundamentalist Iranian regime. It means these countries will have to cooperate rather than fight in the nearest future – even though they don’t want it.

However, it doesn’t solve the Iranian nuclear power. The same experts think the point is not in the possibility of using an Iranian nuclear bomb against Israel – this possibility is extremely small. But appearance of the bomb in Iran will lead to striving for nuclear armament by Egypt, the UAE, Jordan, and Turkey. And this situation will definitely turn the whole Middle East into a giant “nuclear cellar.”

On Tuesday Barack Obama adopted the list of measures on realization the next packet of sanctions against Iran. The target of the sanctions is prevention of Iran from getting nuclear armament and struggle against violation of human rights in Iran and Syria. The head of the Socio-Political Studies Center, Vladimir Yevseyev, told VK that “the US has exhausted all opportunities of economic pressure on Iran, and new sanctions have more internal importance than practical significance. Sanctions launched by the US hardly influence Iran: the IRI and the US has no trade relations. Their sanctions have less influence than pressure by their partners which task is reduction of Iranian oil export.

The European Union has also reached limits of its capacities in pressure on Iran, despite the fact that European sanctions are really crucial for Iran. Now Europe will consider rejection from Iranian gas import. Of course it seems to be a serious step, but in reality Iranian gas can be transferred to Europe only through Turkey and its amounts will be small – about 8 billion cubic meters per year. Turkey can take it and not give Europe anything or mix this gas with some other. However, the trade embargo or the economic blockade by the West won’t leas to collapse without a military strike.

Iran has serious problems connected with fall of rial by 80% since early 2012 and reduction of Iranian oil export, including to South Korea and Japan. But Iran is not going to surrender. It is an analogue of the Soviet Union which will have to do something in the context of economic sanctions. Probably it will say “thank you” to Europe someday, because Iran will have to develop its own technologies. China might support it economically – build various enterprises and establish necessary infrastructure.”