The Iranian factor in the Caspian region 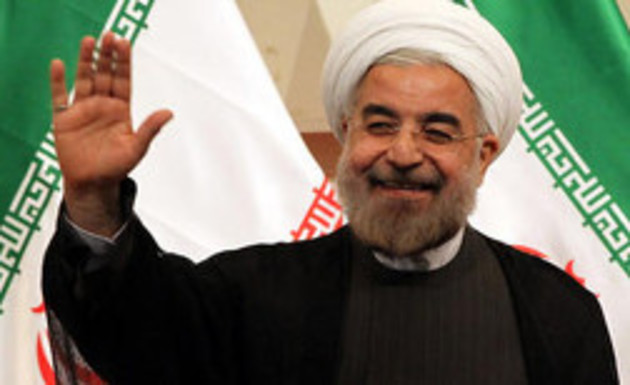 There are two factors which have created Tehran’s image as “a difficult negotiator.” First of all, there is the Iranian nuclear program, which concerns the West. Secondly, there is the unsettled status of the Caspian Sea. In fact, both problems are equally serious. Moreover, the Caspian's status seems to be a more complicated problem, because it demands a consensus between the five littoral countries. The intensification of Russia’s policy towards Iran and Kazakhstan and Azerbaijan’s striving for stability in the Caspian region can bear long-expected fruit.

According to the head of the Center of Socio-Political Studies, Vladimir Yevseyev, “it is too early to speak about serious progress before the summit of the Caspian states. We can only discuss details of the positions because it is prevented by excessive stiffness of Iran on the problem of the Caspian Sea’s status,” Yevseyev said. At the same time, the expert thinks that Hassan Rouhani can take a less strict position and an approach is possible. “Actually, the Iranian position on the Caspian Sea will be defined during the fourth summit of the Caspian states, which will take place in Russia,” Yevseyev thinks.

The problem of the Caspian Sea is difficult settle not only due to the strict Iranian position, but also due to contradictions between other countries of the region – Turkmenistan and Azerbaijan. The bottom of the Caspian Sea was divided between Kazakhstan, Azerbaijan, and Russia according to the sectoral principle more than 10 years ago. The vice-president of the union of companies “Consulting. Analysis. PR”, Ismail Agakishiyev, “the borders were defined in Soviet times by the Ministry of Oil Industry of the USSR. Turkmenbashi didn’t agree with the borders, especially with the Azerbaijani sector, and ignored the borders of Apsheron. Iran doesn’t like the Soviet division of the Caspian bottom as well and suggests equal shares to all five countries – each gets 20%. In this case Iran would get 20% instead of current 16%. In fact, the point is in the geopolitical interest of Iran. On the one hand, Tehran wants to take one of the leading positions in the Caspian region; on the other hand, it wants to weaken the positions of oil companies which represent interests of the Western countries.”

The Director General of the Institute of Caspian Cooperation, Sergey Mikheyev, told the author that he “didn’t notice intensification of Putin’s policy.” “It is connected with the fact that Russia has settled its problems on the Caspian Sea. Moscow cannot solve disputable issues for Iran, Azerbaijan, and Turkmenistan, but can be a mediator,” Mikheyev believes. According to him, these three countries cannot agree with each other and hopes that Russia will act in settlement of the problem. “The fourth summit should have taken place in 2011, but it didn’t because of the unsettled status of the Caspian Sea. Three Caspian states have no common position on the question. Either Baku or Moscow stated that there was no agenda, nothing to discuss. We have until the end of the year, and we can hope that the summit will take place,” Mikheyev thinks.

According to the expert, the military exercises which should take place in September-October will be a significant event. “Russia and Iran demonstrate a potential for progress. But I think it takes place due to geopolitical intensification of the Americans in the Middle East and Central Asia. Moreover, they make it clear that the Americans have interests in the Caspian region and intentions to defend them. The Americans want to solidify in the region from the military point of view. So, the Russian-Iranian war games will be connected with the problem,” Mikheyev said.

Vladimir Yevseyev thinks that the upcoming Russian-Iranian military exercises concern Kazakhstan. The reason is the cooperation between Astana and Washington on Aktau.

Azerbaijan has its own interests. In recent times of President Mahmud Ahmadinejad’s term the relations between the countries burnt with fever. That is why along with global problems connected with Tehran, Baku hopes for stabilization of the bilateral relations without mutually sharp statements, which would enable a calm dialogue and constructive discussion of the problematic issues.