Experts on continuing war in Ukraine 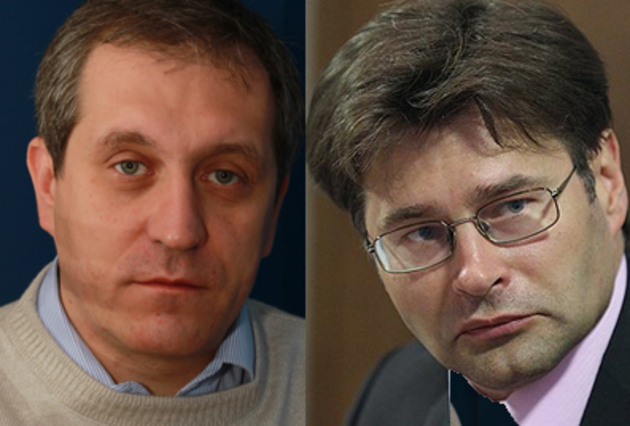 Last night Russian President Vladimir Putin hosted a meeting of the permanent members of the Russian Security Council, who decided that the situation in Ukraine is changing for the worse rapidly after Kyiv announced that the ceasefire would not be prolonged. Russian Foreign Minister Sergey Lavrov discussed the issue with US Secretary General John Kerry. According to Lavrov, President Poroshenko's decision not to prolong the ceasefire undermines the agreement reached during the four-sided talks held by Russia, Ukraine, Germany and France and will lead to continuation of bloodshed. The possible outcome of this conflict for the Ukrainian state is still to be understood, the Russian minister said. Lavrov stressed as well that no one should back Kyiv in its military operation against the rebels in the South-Eastern part of the country and urged Secretary Kerry to pursue the Ukrainian authorities to stop the offensive. Secretary Kerry agreed that the bloodshed should be stopped but admitted that the US has a different approach towards the matter.

According to the director of the Political Information Centre, Alexey Mukhin, President Poroshenko is indeed interested in a resumption of the ceasefire. "Petro Poroshenko is interested in a prolongation of the ceasefire, especially taking into consideration the fact that the majority of the military forces fighting for Kyiv do not obey his orders. Of course Russia used Poroshenko's peace plan in order to alter the situation in its interests and suggested its own way out of the crisis, using Zurabov and Medvedchuk as negotiators," the expert says.

Mukhin believes, however, that there several parties in Ukraine who are not interested in successful resolution of the conflict. Among them are tycoons, who now have their own private armies. "Igor Kolomoysky - who is interested in making his competitors weaker, mainly Rinat Akhmetov - and Akhmetov, who is trying to maintain his influence, who are both interested in a continuation of the conflict," he says.

"The Right Sector, aimed at suppressing the Russian and Russian-speaking population of the South-Eastern part of the country, is not interested in a peaceful resolution of the conflict either, even though it has been registered as a political party and is going to take part in the next parliamentary elections in order to weaken Petro Poroshenko and prevent him from becoming the most influential political force in the country," the expert says.

"The United States and a number of European countries who are following the US political line are also interested in a continuation of the conflict. They have not achieved their goals yet, they still don't control Ukraine's economic system," Mukhin says.

According to the expert, Russia's goals are manifold. "Russia wants to improve its reputation, which has been damaged after Russia was labeled as an aggressor. I think the efforts taken in this direction are quite sufficient. Russia also has to finish the South Stream project, which it is trying to do by manipulating European states, who are carrying out very contradictory policies. Of course Russia wants to prevent persecution of the Russian population of Eastern Ukraine as well," he says.

According to the expert, Poroshenko plans to head "the party of peace" simply because he has been forced out of the "party of war." "This means that Poroshenko can be seen almost as a pro-Russian politician. He is in fact struggling for Russia's interests. Poroshenko's abilities are scarce, but he can indeed secure his party's victory at the coming parliamentary elections," Mukhin believes.

He thinks that such a balance of power will hardly lead to a successful peaceful resolution of the conflict. Political analyst Boris Mezhuyev shares Mukhin's approach. According to him, the chances that the bloodshed will stop are very poor. "The National Guard and the private armies formed by tycoons do not follow President Poroshenko's orders. It is not clear who really controls the rebels, either. If both parties had an actual centre of power, it would be possible to sign a long-lasting ceasefire," he says.

Mezhuyev believes as well that it was unwise of the authorities in Kyiv to sign an association agreement with the EU amid the ongoing crisis. The very deal was the cause of these developments, he stresses. "It's not logical to make such a comprehensive decision during talks which may define the future of the Ukrainian state," the expert says.