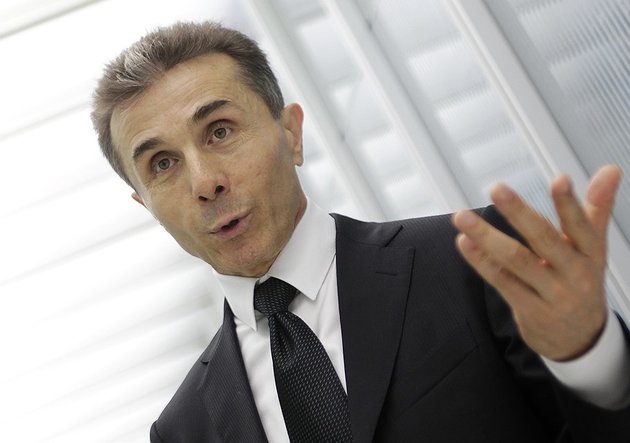 2015 is going to be tough for the ruling Georgian Dream coalition. The main challenge for the young Prime Minister will be the economy. Irakli Garibashvili’s government didn’t change the situation in the most painful sphere – the unemployment rate is very high, reaching 70-80% among young people in some towns.

Bidzina Ivanishvili, the initiator and informal leader of the coalition, promised that 2014 would be a good year, while 2015 would be much better. However, this year Georgian Dream is not planning wide-scale projects in the economic sphere. There are subjective and objective reasons for this. For example, the resistance of residents of several villages prevents construction of the giant Hudoni HPP on the Inguri River. Local residents don’t want their native places, churches or cemeteries flooded.

Last year the growth of the country’s GDP was a bit more than 5%. However, as the late businessman Kakha Bendukidze said, Georgia needed at least 8% growth, so that GDP could reach at least Armenia’s level, not speaking about the countries of Eastern Europe.

By the end of 2014 the government reported on the fulfillment of the plan on revenues, but the expenditure part of the budget wasn’t fulfilled. The reason is simple. The Ministry of Finance fears bringing a large amount of lari to the monetary market, trying to avoid devaluation of the national currency, which is already weak.

It seems Garibashvili’s government doesn’t know how to invest in the economy without devaluation risks. But the task is partially simplified by the fact that billionaire Bidzina Ivanishvili takes time to invest his own money to Georgia, despite his promises.

At first sight it may seem strange, as Ivanishvili spent $1 billion on charity – 1/5 of his capital. However, Bidzina Ivanishvili is not only a philanthropist, he is also a major businessmen. He doesn’t see opportunities for investment of hundreds of million dollars. That’s why the Fund of Con-Investment, which was founded by the billionaire in early 2014 and has accumulated $10 million, hasn’t provided any major project yet. There are talks only about construction of great tourist infrastructure with cablecars above Old Tbilisi, but the project remains on paper only.

At the same time, the tourist sphere is a priority. It is not a surprise that in late 2014 the Georgian authorities opened their skies to Russian airlines. Aeroflot, Sibir and Transaero got opportunities to operate 5-6 flights a day, despite protests of Airzena, the Georgian airliner.

It seems it will be economy that will determine the foreign policy of the Georgian government in 2015, pushing it toward Russia, despite the declared association with the EU. The association hasn’t brought and won’t bring in the near future any real benefits for ordinary people, as despite the agreement on deep free trade zone, the Europeans put a wonderful duty on Georgian exports – “payment for market access.” Georgian tangerines won’t get to Berlin, while Russia hasn’t closed its market to fruits from Georgia, and Russian tourists fly 5-6 times a day and all airplanes are full.

The most important sign in the context of real tendencies of 2015 is the fact that the Georgian government, despite the opposition’s protests (supporters of Mikhail Saakashvili), didn’t break the contract on purchasing 49% of shares of the strategically important Poti oil terminal by Rosneft from the Russian billionaire of Georgian origin, David Iakobashvili. And it seems the “incident” (which is a reason for the first political scandal in tge new year) won’t be an exception in 2015.
5985 views
Поделиться:
Print: