The exhibition of Azerbaijani artists of 1960-1980's 'Absheron Constellation' opened at the Tretyakov Gallery. "A great art event is underway in Moscow today. It is a celebration for all art lovers, because the Central House of Artists, the Tretyakov Gallery opened an exhibition of Azerbaijani artists of the 20th century," the first deputy general director of TASS Mikhail Gusman told Vestnik Kavkaza.

The Tretyakov Gallery presents a series of exhibitions, introducing the art of the republics, which were part of the USSR, and the first exhibition presents artworks of Azerbaijani artists. An important feature of the exhibition is that there are no works reflecting the ideological conjuncture of those times. Even social issues inherent to the severe style of painting of the 1960s are represented by just a few works among those sent to the museum in 40 years. 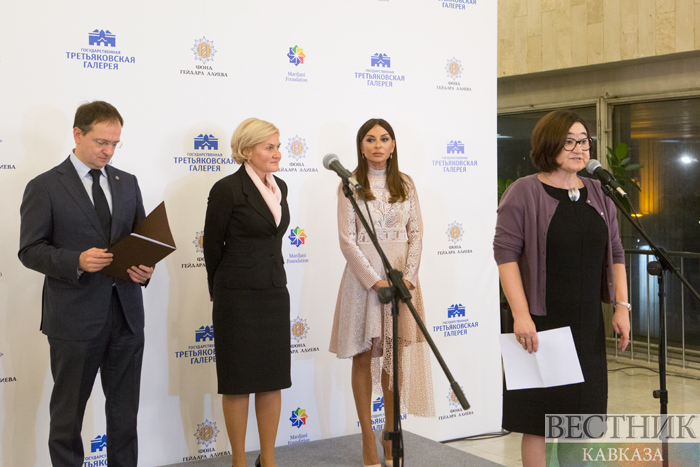 "The exhibition was organized by the Heydar Aliyev Foundation with the support of the Russian Ministry of Culture. It includes paintings of our brightest artists, Tahir Salahov, Togrul Narimanbeyov and Farhad Khalilov. There are paintings here, which we, Baku residents, well know. Muscovites will see many of these works for the first time, but the interest in this exhibition is great. It brought together hundreds of people, and it is only the opening day. The press, TV shows and newspapers have all shown great interest in the event. The reason is that in fact, Azerbaijani artists of the late 20th century, the second half of the 20th century made a unique contribution to the culture treasure trove of the Soviet Union back then, and modern Azerbaijan today," Gusman said. 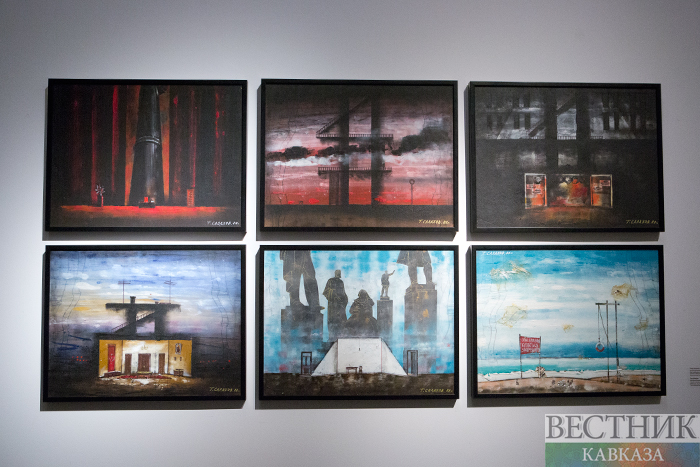 Following a typical for the late 1950's - early 1960's art search for a national identity, each of the artists individually perceived and employed [in his works] folk traditions: folklore and mythological stories, carpet ornaments, miniature art. The Absheron theme was cross-cutting and at the same time personal for each Azerbaijani artist. It is not just a peninsula on the western coast of the Caspian Sea, it is not just a harsh rocky land, or a sulfur water odor, a forest of oil derricks, a iodide smell of the sea and oil. Absheron is a symbol of the motherland, ancient villages and medieval fortresses, it is a place where the past is inextricably merged with the present, and the future inherits their features. 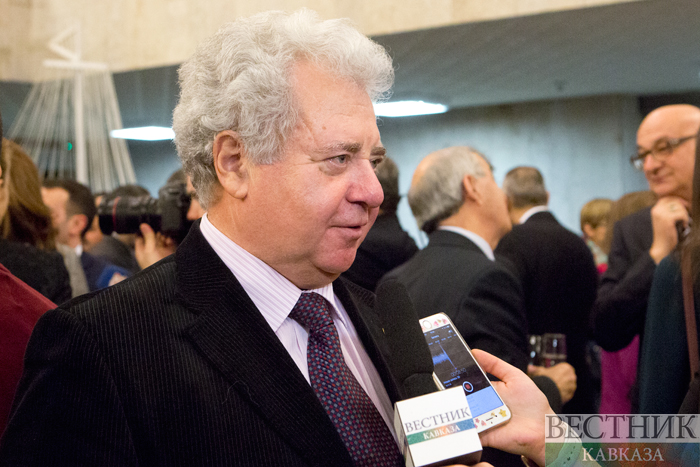 Rector of the Russian State University for the Humanities, the chairman of the Russian-Azerbaijani Friendship Society, Yefim Pivovar, told Vestnik Kavkaza that: "This is not only an art school, it is a unique cultural element, because Yesenin's art and his meeting with artists are linked to Absheron... The Persian motifs, it is also Absheron. Many creators, such as writers, artists, poets and musicians worked in those places. And it is wider than the artistic heritage of Absheron. The exhibition has merged the Azerbaijani culture and the art of painting with the common Soviet culture. It was a part of the general Soviet culture, a demonstration of a single humanitarian heritage and a humanitarian space. Of course, Salahov is a great Azerbaijani artist, a great realist, but he is an honored vice-president of the Russian Academy of Arts. This is what we have in common. And there are a lot of such examples". 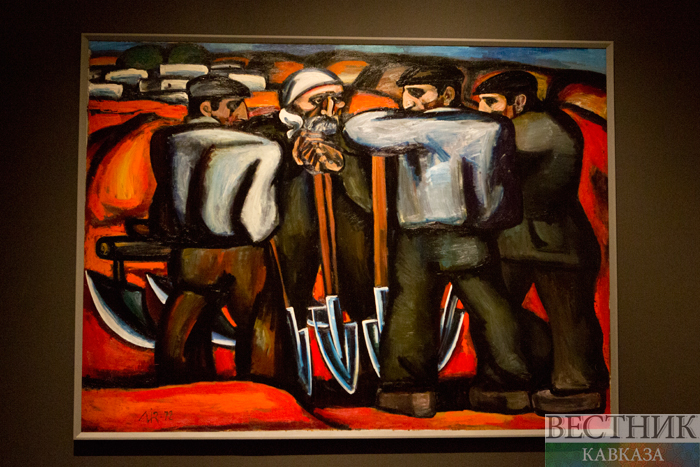 The 'Absheron Constellation' exhibition includes the best paintings of Azerbaijani artists from the Tretyakov Gallery collection. However, the organizers said that the exhibition would have been impossible without the cooperation with the Heydar Aliyev Foundation and the Mardjani Foundation, which helped to bring these works from Baku, which significance would be hard to overestimate. 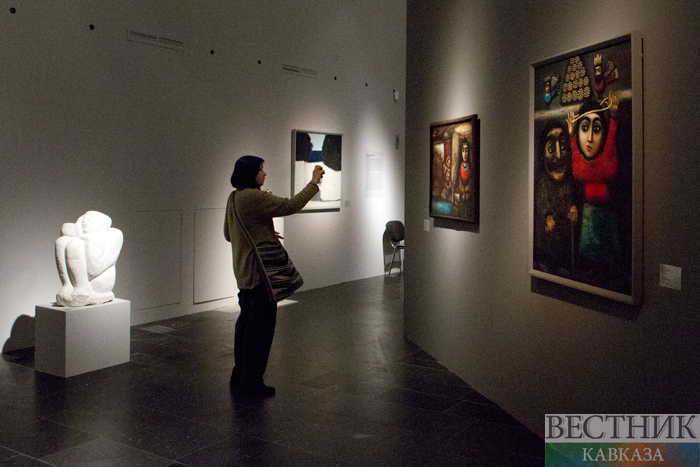 The aim of the event is to unite in a single exhibition the paintings from the Gallery which can be called "official", and those works from Azerbaijani museums and private collections which were not widely known to public in Soviet times. The organizers suggest to abandon accepted stereotypes. Taken together, the works of artists of different genres demonstrate how much they have in common. They are not opposed, but rather attracted to each other. They are united by same time, the same system of images, the same vivid metaphors, colors, plasticity.  They represent different facets of one cultural phenomenon - the Azerbaijani art school. 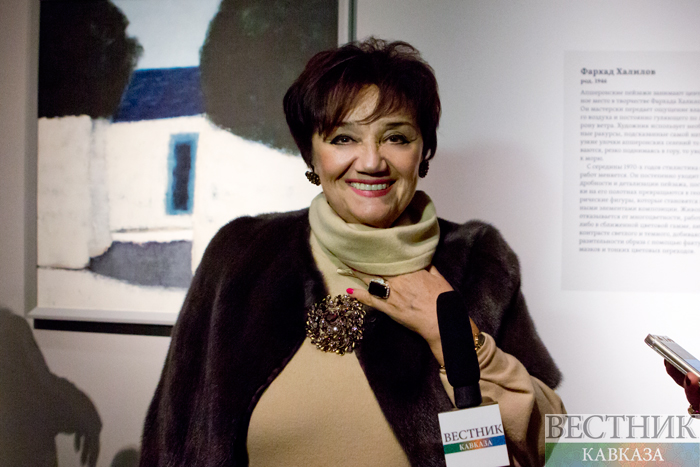 According to the president of the Muslim Magomaev Cultural and Musical Heritage Fund, Professor Tamara Sinyavskaya, the exhibition evokes only positive emotions, "I plunged into the years when I knew personally some of these artists and just heard about some of them. These crazy colors are impressive, the skill is profound". 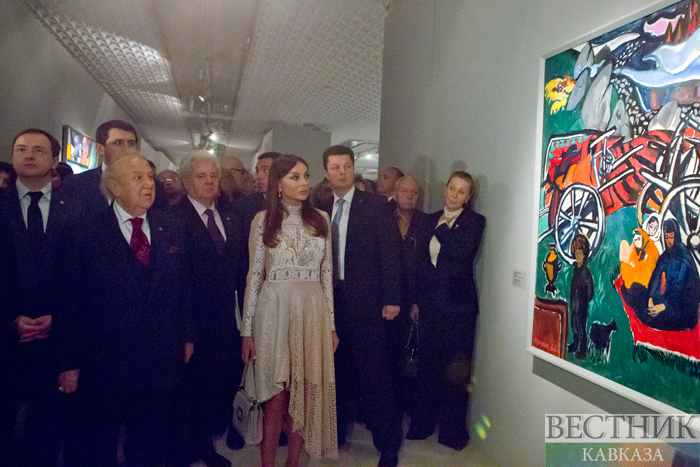 In 1960-1980s, Nadir Abdurakhmanov, Tahir Salahov, Togrul Narimanbekov and Sattar Bahlulzade were going through a very creative period; Farhad Khalilov, Mirnadir Zeynalov and Geyur Yunus were looking for their own style. During the same years, a community of artists, which was named 'the Absheron school', was formed in Absheron. It included Rasim Babayev, Tofik Javadov, Javad Mirdzhavadov, Ashraf Murad, Kamal Ahmed and Fazil Najafov.

Works of the artists which were part of this community is considered an unofficial style in art of that time. The Azerbaijani art of this period is a real thing with a stable set of characteristics, reflecting the peculiarities of the national mentality, world view, and aesthetic experience of the people. 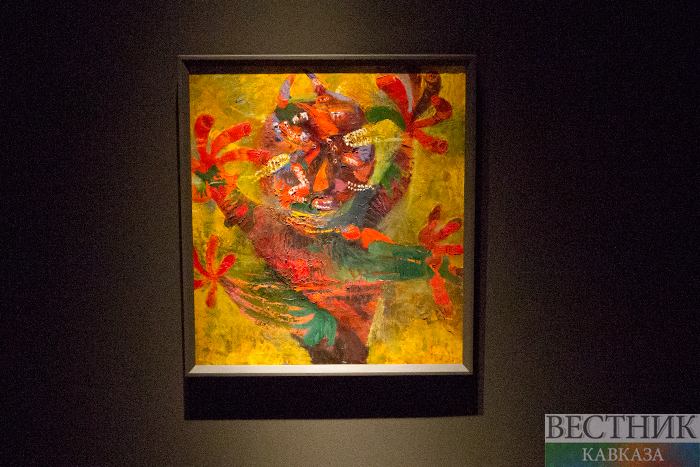 IFESCCO executive director, the former general director of the Bolshoi Theatre, Anatoly Iksanov, told Vestnik Kavkaza: "I am very pleased that now Muscovites can get acquainted with the works of the Azerbaijani artists, get in touch the Azerbaijani history of art. Contacts between artists of Russia and Azerbaijan have never interrupted. The art of our two peoples are in constant contact, they feed each other. We have serious friendly and professional contacts - both among filmmakers and in theatrical. Traditionally, for many decades the best Azerbaijani voices perform at the Bolshoi Theatre.

Chingiz Abdullayev is one of the most respected and one of the most popular writers in Russia. And today's exhibition is another proof that our relations has not been interrupted, but are only getting stronger." 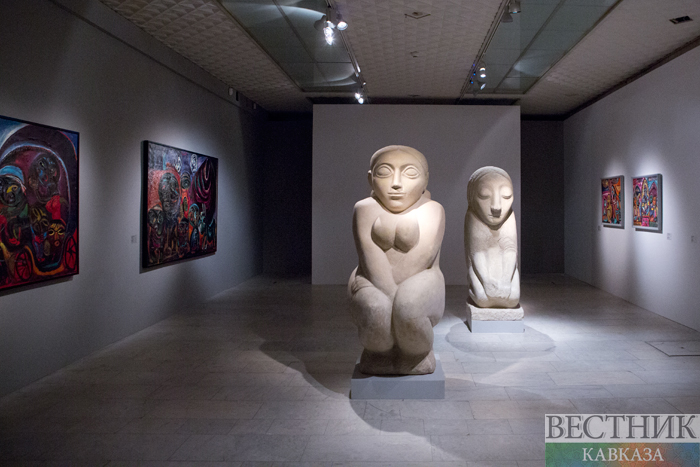 The exhibited works present the Land of Fire landscapes and people: Absheron sowers, oilmen, wedding guests. Old Baku and images from a distant past come to life through Fazil Najafov's sculptures made from the local Absheron limestone. The industrial theme is reflected in the works of Rasim Babayev and Tofik Javadov. Sattar Bahlulzade felt a deep attachment to Absheron - the world created on his canvases reminds of a fairy tale. The exhibition shows the originality of the Azerbaijani school, as well as indicates the importance of Azerbaijani art not only as a part of our common history, but also of the global artistic process, the organizers say.