Amshey Nuremberg at the Museum of the East 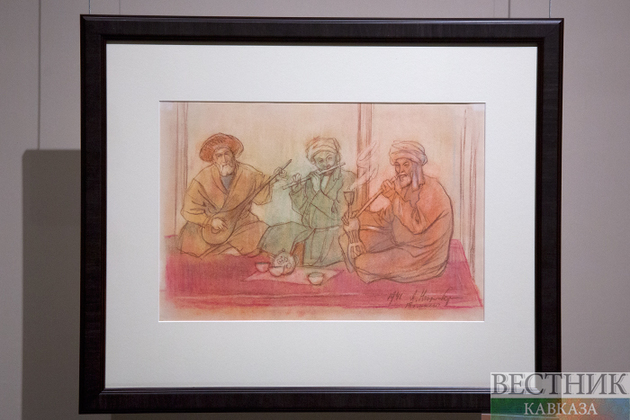 On July 8, an exhibition of Amshey Nuremberg, a student of Kiriak Kostandi, dedicated to the 75th anniversary of Victory in the Great Patriotic War, opened at the Museum of the East. The exposition presents about 50 works of the artist: painting, graphics, sketches and drawings. Amshey Nuremberg twice visited Central Asia. After the revolution, he studied, painted and restored the monuments of the medieval culture of Uzbekistan. His second visit to the East was evacuation to Tashkent during the war. The exhibition is dedicated to this period of the artist’s creativity.

“At this exhibition you will not see a single battle scene. You will see a variety of subjects here: a very joyful gathering of some kind of fruit in the garden or courting the garden, the work is called 'Garden”. You will see touching nurseries, portraits of children and portraits of elders wise by the experience of elders in national clothes, drinking oriental tea. One work entirely meets the theme, it is called “Evacuated.” There is a crowd of people, very slow and sad, because this is 1941. And this work, yes, it is very sad, and the rest are calmer and show us the most important thing that people remained people. Uzbekistan, Uzbeks gave refuge to a huge number of people. All these old people and children from different cities of the USSR literally found their second homeland in these evacuation years, "said the Advisor to the Director General of the State Museum of the East Tatyana Metaksa. 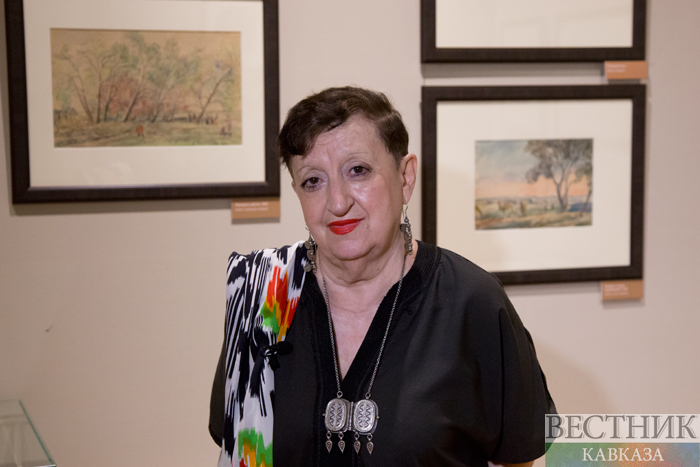 The creative heritage of the artist is vast and diverse. In addition to works of art, he left memoirs, stories about his famous contemporaries, treatises on art. 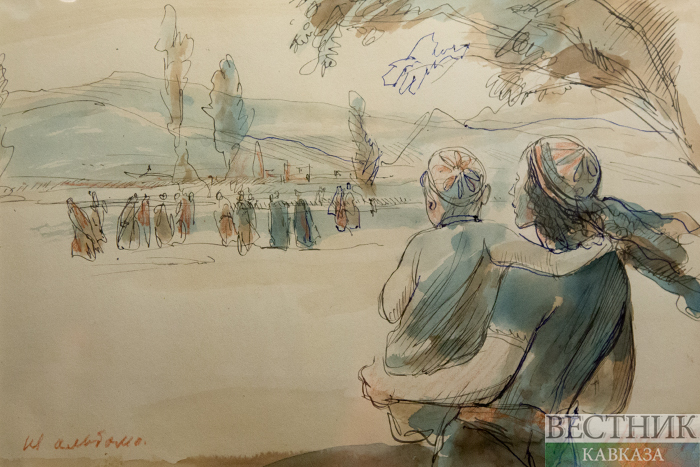 According to Tatyana Metaksa, “this exhibition must be watched offline, because we’ve already seen a lot of things online. Here are such drawings - they need to be examined. You don’t need to come in large crowds, one at a time, come in two, look. We are waiting for you” . 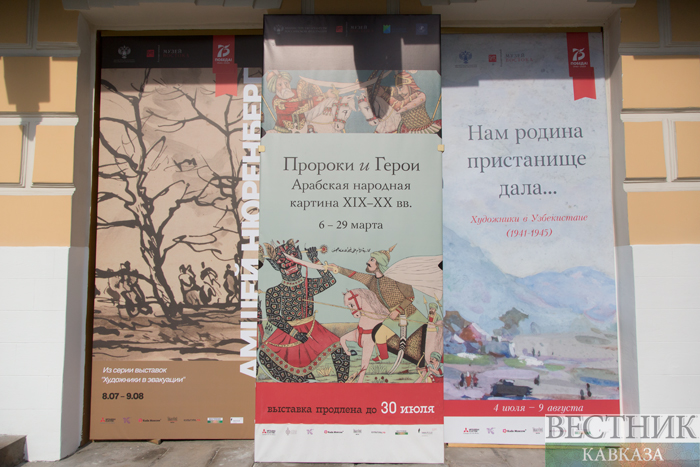 The exposition continues the series of museum exhibitions on the theme “Artists in Evacuation”. Earlier, the exhibition “Homeland gave us a refuge” was presented. It presents the work of Pavel Benkov, Robert Falk, Alexander Volkov, Alexander Labas and others.