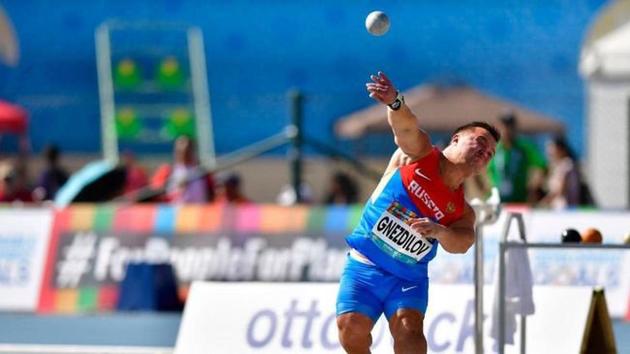 With just five days into the 2020 Summer Paralympic Games underway in Tokyo, Japan, athletes from the Caspian region have already clinched 29 gold medals. As Caspian News reports, the 16th Summer Paralympic Games kicked off on August 24 and will run through September 5. This year, 163 countries have sent more than 4,500 athletes to compete in 539 events in 22 different sports categories.

Four Caspian region countries have sent athletes to Tokyo, namely Azerbaijan, Iran, Kazakhstan, and Russia. At the same time, Turkmenistan is the region’s only state not to send its athletes to this year’s Paralympics.

Russia has the biggest team of 242 athletes, competing under the RPC (the Russian Paralympic Committee) acronym for medals in 19 out of the 22 sports competitions. The country is proving successful: Russia’s athletes have so far won 15 gold, 11 silver, and 28 bronze medals, securing fourth place in the medal table.

On Sunday, Russian Denis Gnezdilov won gold in the shot put competition showing the result of 11.16 meters, which became a new world record. Another record was set by swimmer Dmitry Chernyaev, who delivered a time of 1 minute 31.96 seconds in the final 100-meter breaststroke.

Russia was banned from using its flag and anthem during international sporting events until December 16, 2022, due to the doping scandal. Pyotr Tchaikovsky’s “Piano Concerto No. 1” is played instead of the Russian national anthem, while athletes wear their tri-color uniforms instead of the neutral ones initially imposed by the World Anti-Doping Agency (WADA).

In this year’s Paralympics, Azerbaijan is represented by 36 athletes who perform in six sports, including athletics, judo, powerlifting, shooting, swimming, and taekwondo. The team Azerbaijan has so far claimed nine gold and four bronze medals.

Judoka Dursadaf Kerimova won a ninth gold medal for Azerbaijan, putting the country in seventh place in the medal rank.

Judoka Vahid Nouri from Iran claimed a gold medal on Sunday. It is Iran’s first gold medal in judo in the history of the Paralympics.

Meanwhile, Kazakhstan’s team has made history already, clinching four medals so far, including one gold and three silver. That is Kazakhstan’s best result at the Summer Paralympic Games. Judoka Zarina Baibatina brought her country fourth medal after making it to the final.

A total of 25 Kazakh athletes performing in seven sporting events are taking part in the Tokyo Paralympics.

Like the Olympics, the 16th Summer Paralympic Games were postponed a year because of the COVID-19 pandemic. As Tokyo is still under an emergency, no fans are allowed to the venues under the decision sanctioned by the Japanese government.