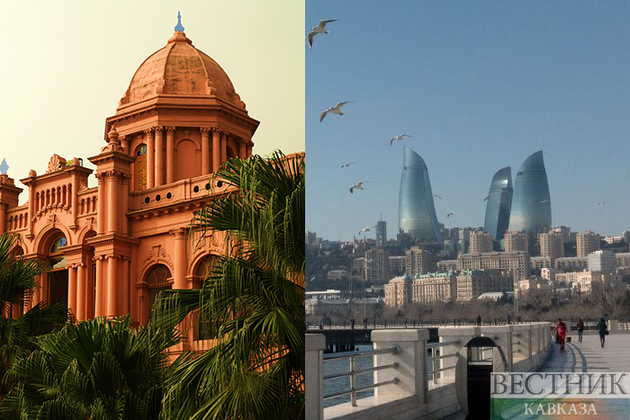 Azerbaijan is called the “land of fire” because of the incessant fires emanating from a place called Yanar Dag near the Azerbaijani capital Baku. This place is also known as ‘Burning Mountain’. Light and sparks of fire rose up to three meters. The tourist Marco Polo came here in the 13th century. Even then he saw the spark of this ‘mysterious’ fire and recorded it in the travelogue, Eurasia Review writes.

Centuries later, the famous French writer Alexander Dumas also mentioned this mysterious flame. During the Soviet era, the intensity of the flame decreased with the beginning of the development of oil fields, but the fire has been burning there for thousands of years.

Today Bangladesh is well known to the world for continuing its rapid economic growth. Some call the country South Asian economic miracle. Bangladesh recognized the state independence of Azerbaijan on December 30, 1991. Bangladesh supports Azerbaijan’s position on the issue of Khojali genocide.

Bangladesh Prime Minister Sheikh Hasina Visited Azerbaijan in 2019 to attend the 18th NAM Summit. She met with the President Aliyev. The two leaders agreed to deepen the existing bilateral relations between Bangladesh and Azerbaijan in various fields.

In 2013, the two countries agreed to form a Joint Economic Commission (JEC) to “explore unused trade, economic and investment opportunities”. The Azerbaijani government has provided $ 200,000 assistance to Bangladesh under the UNESCO program of capacity building of safeguarding intangible cultural heritage of Bangladesh. In 2019, Bangladesh and Azerbaijan have signed an agreement to strengthen cultural ties during the vist of Bangladesh PM to Azerbaijan, which Prime Minister Sheikh Hasina sees as the beginning of a journey to improve relations between the two countries.

There is an ample opportunity for potential bilateral relations between Azerbaijan and Bangladesh. Bangladesh and Azerbaijan can work in the field of Islamic tourism, tackling Covid-19, terrorism etc.

Ilham Aliyev: 2021 was successful for Azerbaijan