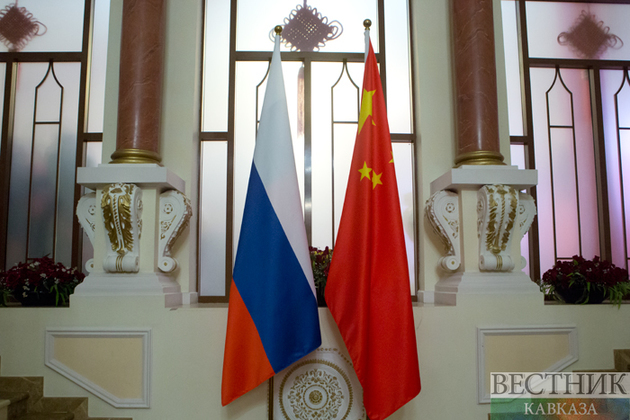 "China and Russia, as permanent members of the United Nations Security Council and friendly neighbors of Central Asian countries, must prevent chaos or war from erupting in the region", Foreign Minister Wang Yi on Monday spoke on the phone with Russian Foreign Minister Sergei Lavrov on the situation in Kazakhstan, Global Times writes.

China has the largest number of neighbors in the world, with 14 bordering China on land. Kazakhstan's common border with China is more than 1,700 kilometers long. Beijing fears that "color revolutions" and the "Three Evils" - namely terrorism, extremism, and separatism can spillover to the surrounding regions.

After the disintegration of the Soviet Union, NATO has repeatedly expanded eastward, now it is taking China as a target, and making waves in the South China Sea and the East China Sea. Beijing believes that be it the Kazakhstan situation, national reconciliation in Afghanistan, or the unrest in Myanmar, China has respected those countries' sovereignty, emphasizing peaceful talks while rules are respected. China has upheld peaceful means such as dialogues, negotiations and consultations to mitigate divergence and address disputes.

For the US "interference" means more of destructive overturn of regimes and remaking of systems with the involvement of military means. The wars in the Middle East and North Africa in the 21st century have resulted in severe refugee crises, which have become a regional problem. However, the US and the West that created such catastrophes have repeatedly shirked their responsibilities. This reminds people of the famous quote of Tacitus: "They create desolation and call it peace." The US and the West get involved in major regional crises around the world, and in many cases they are the biggest sources of chaos and war. In pursuit of geopolitical gains, they incite opposition parties and seek proxies in other countries with the superiority of "missionaries." They even didn't hesitate to use force to forcibly transform a society with a completely different history and cultural tradition.

Wang said in the phone call with Lavrov, "We should leverage our respective strengths to help Central Asian countries fight the pandemic, develop their economies and eradicate the breeding ground for turmoil." Global Times claims that this is essentially different from the US and the West that are exporting their ideology and fanning "color revolutions". More and more countries have already sensed such a strong contrast.

Kazakhstan to join Power of Siberia 2?