Abkhazian media informed on the meeting between the President of the Republic of Abkhazia Raul Khajimba with the Russian President Vladimir Putin. The newspaper ‘Republic of Abkhazia’ and the Internet portal Sputnik-Abkhazia reported that among the economic issues they discussed the problems of restructuring the railway loan, a recapitalization of the National Bank of Abkhazia, electricity supply, as well as the possibility of additional financing for the payment of wages to state employees. "The economic topic is the most important, as a large proportion of financial inflows into the budget of Abkhazia comes from Russia," Khajimba said. At the meeting they addressed the issues of common defense space, a joint Information and Coordination Centre of the law enforcement agencies of Abkhazia and Russia, border protection, the resumption of the process of obtaining Russian citizenship for residents of Abkhazia, as well as the political situation in the republic. Speaking of the railway loan of 2 billion rubles, which Abkhazia received to restore its railway in 2010, Khajimba said that, according to the president of the Russian Federation, the loan may be restructured. Thus, the loan repayment period may be extended until 2030. Khajimba recognized that the loan has become a heavy burden for Abkhazia. "We cannot say that nothing has been done. Yes, there are railroad tracks. But what is the speed of our trains? I think you all know the answer," he said. According to the president of Abkhazia, there is still a lot of work on the railway, but before we start something, we must pay the loan and interest. With regard to the need for additional financing for the payment of wages to state employees, Khajimba explained that the previously signed document involved a one-time infusion. "If we do not take appropriate decisions on additional financing now, the entire burden will fall on the budget of the republic. We are talking about approximately 400 million rubles," the President said.

Khajimba also cited the Russian president as saying: "We see that the complicated internal political events are taking place in Abkhazia. But I must say that this is a normal phenomenon in any society, in any country. We hope that the situation will be under control, will not go beyond the legal field, because, otherwise, it is difficult to carry out our plans for economic cooperation." Khajimba appreciated these words as a normal position, and, in his opinion, no one should try to see any negative things in this statement. 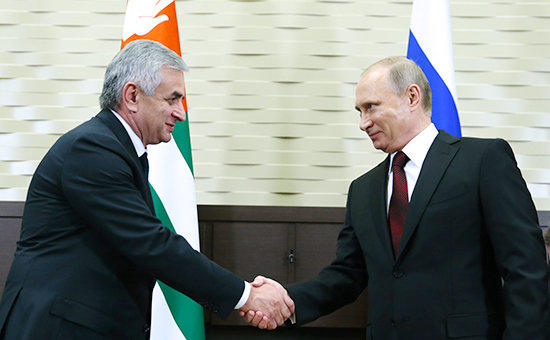 The information agency Abkhazia-Inform reports that on December 9, President of Abkhazia also met with the members of the Intergovernmental commission on socio-economic cooperation between Russia and Abkhazia. Russian Deputy Prime Minister Alexander Khloponin, who heads the Russian part of the commission, said that the issues discussed at the meeting of Raul Khajimba and Vladimir Putin, were sent to the government. "We received all the orders of the President of the Russian Federation. All the issues are being processed. These are the basic issues of those which we discussed, and a number of issues related to financing for the next year. All the projects will be funded, we will solve all the issues that we are facing," Khloponin said.

* * *
According to the newspaper ‘Voice of Armenia’, the topic of increasing trade with Iran is being actively discussed the country recently. In particular, the Prime Minister Karen Karapetyan at one of the sessions of the government instructed the relevant departments to form a working group, which will deal with the increasing volume of export of the Armenian production to the Iranian market, as well as instructed to discuss with entrepreneurs the prospects for the creation of free economic zones on the border with Iran. The prime minister also acknowledged that Armenia's share at the huge market of Iran is negligible. Meanwhile, the edition notes, the transport component of commodity turnover between the two countries, including a trucking, finds a big problem. It is connected with the possibilities of Armenian transporters to transport cargo to its southern neighbor. "Today Armenian trucks practically do not go to Iran, the president of the Association of International Road Carriers of Armenia, Herbert Hambardzumyan, said. "If there are any loads in this direction, they are carried exclusively by Iranian truckers."

But why there is such a situation, especially since there are no restrictions for Armenian trucks on entry and transit through Iran? It turns out that it is all about the price of motor fuel. The price of diesel fuel in Iran is about 10 times lower than in Armenia, and to cover the difference the Iranian side officially charges about 700 dollars from every Armenian truck on the border, which automatically makes the Armenian transport uncompetitive in this direction. A few years ago the Armenian heavy trucks drove loads to Central Asia and back through Iran, but they stopped to do it. According to Hambardzumyan, there was an option for transit of Armenian cargo through Iranian ports to the Emirates and other Arab countries on the other side of the Persian Gulf. However, as it turned out, RORO ships that carry heavy vehicles do not ply in this area. 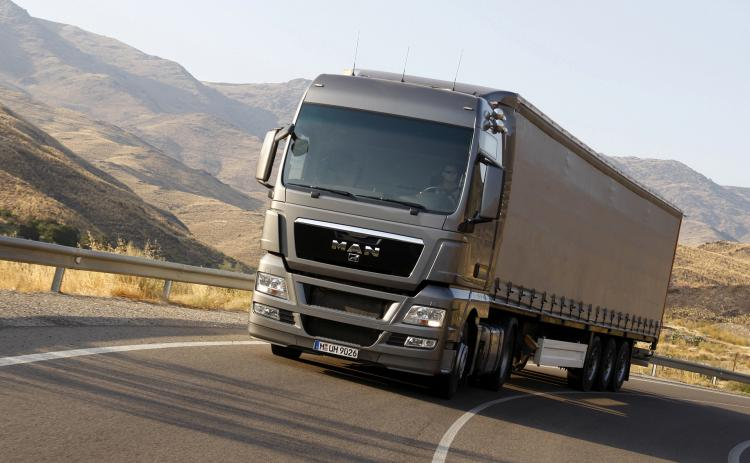 Generally, the situation of the Armenian motor carriers, which total fleet is about 1000 trucks, is not the most optimistic: the volume of international traffic, which are mainly linked to Russia, has been steadily declining, the publication says. In this situation, the intensification of turnover with Iran could help, especially if Iran increases the flow of transit cargo to Russia. In this case the Armenian carriers might try to cooperate with Iran and participate in the delivery of goods to the north.

* * *
Prospects for the development of small and medium enterprises in the tourism sector were discussed at the enlarged meeting of Kabardino-Balkaria's parliamentary committee on economy, investments and entrepreneurship in the rural village of Elbrus, the Kabardino-Balkarskaya Pravda newspaper reports. According to the Deputy Minister of Resorts and Tourism of Kabardino-Balkaria, Yusup Ulak, the number of tourists visiting the resort 'Elbrus', including from abroad, grew by 47% in the first nine months of this year. Since 2011, there is an increase in the number of climbers in the Elbrus region who visit Elbrus to climb its top. In 2016, about 20 thousand climbers are expected to arrive there. Meanwhile, travel agencies outside the country keep all the profits linked to leisure in the Elbrus region. All calculations are carried out on the spot in cash mainly to pay for staff and services.

At the same time, according to Ulakov, the region has great potential for filling the budgets of various levels. An exclusive economic zone (EEZ) of tourist-recreational type, created here, should help to implement the possibilities and benefits of the resort, increase revenues to the local budget and the full promotion of the resort in the tourist market. It is the first stage of formation of organizational and economic environment for the establishment and operation of a resort and recreational complex in the Republic, based on the maximum use of the natural resource potential and terrain. According to Ulakov, individual entrepreneurs and commercial organizations can become a resident of a tourist-recreational exclusive economic zone (except for unitary enterprises). To do this they must register on the territory of the municipality, within the boundaries of which a EEZ is located, and conclude an agreement on the implementation of tourism and recreation activities. EEZ residents are provided with a number of additional guarantees and tax concessions. Kabardino-Balkaria's Ministry of Resorts and Tourism made the list of promising companies - EEZ residents, however, the Deputy Minister stressed that the initiative must come, first and foremost, from the entrepreneurs themselves. In addition, the relevance of creating tourist information centers with accurate and actual information, is higher than ever before. One such center was opened in September 2016 on the Azau glade on the base of the 'Elbrus' resort. 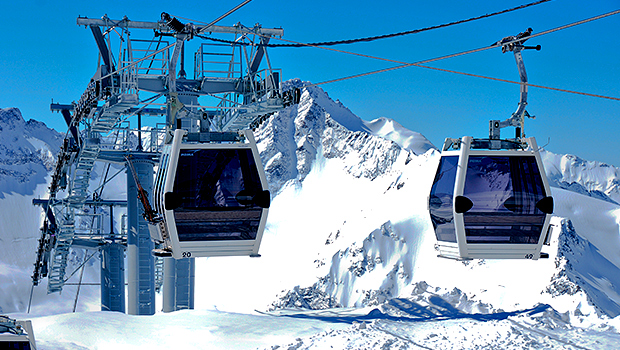 Following the meeting, the Government of Kabardino-Balkaria was recommended to take measures to implement the action plan for the development of a tourist-recreational exclusive economic zone in the Elbrus municipal district, involving the key issues of the development of the all-season tourist and recreational complex 'Elbrus' until 2018, as well as the creation of a tourist-recreational EEZ in municipal regions of the republic. They emphasized the need for cooperation with Kabardino-Balkaria's credit institutions with the participation of the Federal Corporation for Development of Small and Medium Enterprises, for intensifying efforts to provide the state support to small and medium-sized businesses, including operating in the tourism sector.

* * *
The Union of Armenians of Abkhazia issued a statement, which accused the head of Russia's Javakhk Diaspora of defaming, and called its statement the interference in the internal affairs of Abkhazia. The information agency Abkhazia-Inform wrote that on 5 December 2016, a number of information resources published the statement of the chairman of Russia's Javakhk Diaspora Aghasi Arabyan. In which the chairman of the public organization, consciously spreading false information, said that the Abkhaz opposition is funded by British intelligence through such NGOs as the 'Conciliation Resources' and the 'Center of humanitarian programs'. Arabyan declares that he learned about it from authoritative representatives of the Armenian community in Abkhazia.

On this basis, the Union of Armenians of Abkhazia officially states that this information is outright slander. Representatives of the community never discussed any issues of internal political situation in Abkhazia with Arabyan. "We believe that Russia's Javakhk Diaspora's statement is an interference in the internal affairs of Abkhazia, which contributes to the deterioration of relations between the different communities in the country. The chairman of the organization will be held accountable for such lies and insults. If Mr. Arabyan is not able to provide evidence, we will demand a public apology from him," the statement said. 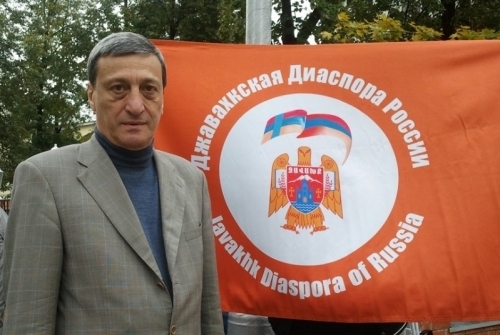 It is also noted that this is not the first such appeal of the Javakhk Diaspora. In the late summer of 2016, this public organization published online a clearly provocative article about the possible presence of a cultural autonomy of Armenians in Abkhazia. The publication was followed by a reaction from the Abkhaz People's Assembly deputies Robert Yaylyan and Levon Galustyan, which allegedly received a draft document on the establishment of such autonomy from the Javakhk Diaspora. "All this has nothing to do with reality and has the purpose of artificial injection of the situation between the various ethnic groups in Abkhazia," the statement stresses.

* * *
The Ingush newspaper 'Serdalo' reports that the Government of the Republic has added in an innovation into the educational process in high schools. Pupils from secondary schools receive education, combined with the rest in the children's health camp 'Arzi' in mountainous Ingushetia. Children from the Jeirakh and Malgobek districts have already tried the new practice. At the present time, during the period from December 1 to 21, the pupils from the Nazran district are combining their study with a rest in the camp. About 50 pupils from the 4th-7th grades, accompanied by teachers, left four school facilities in Kantyshevo for mountainous Ingushetia. Diligence is a main criteria for selecting candidates. According to the newspaper, this innovation will encourage pupils in their studies and will provide an opportunity to broaden their horizons. 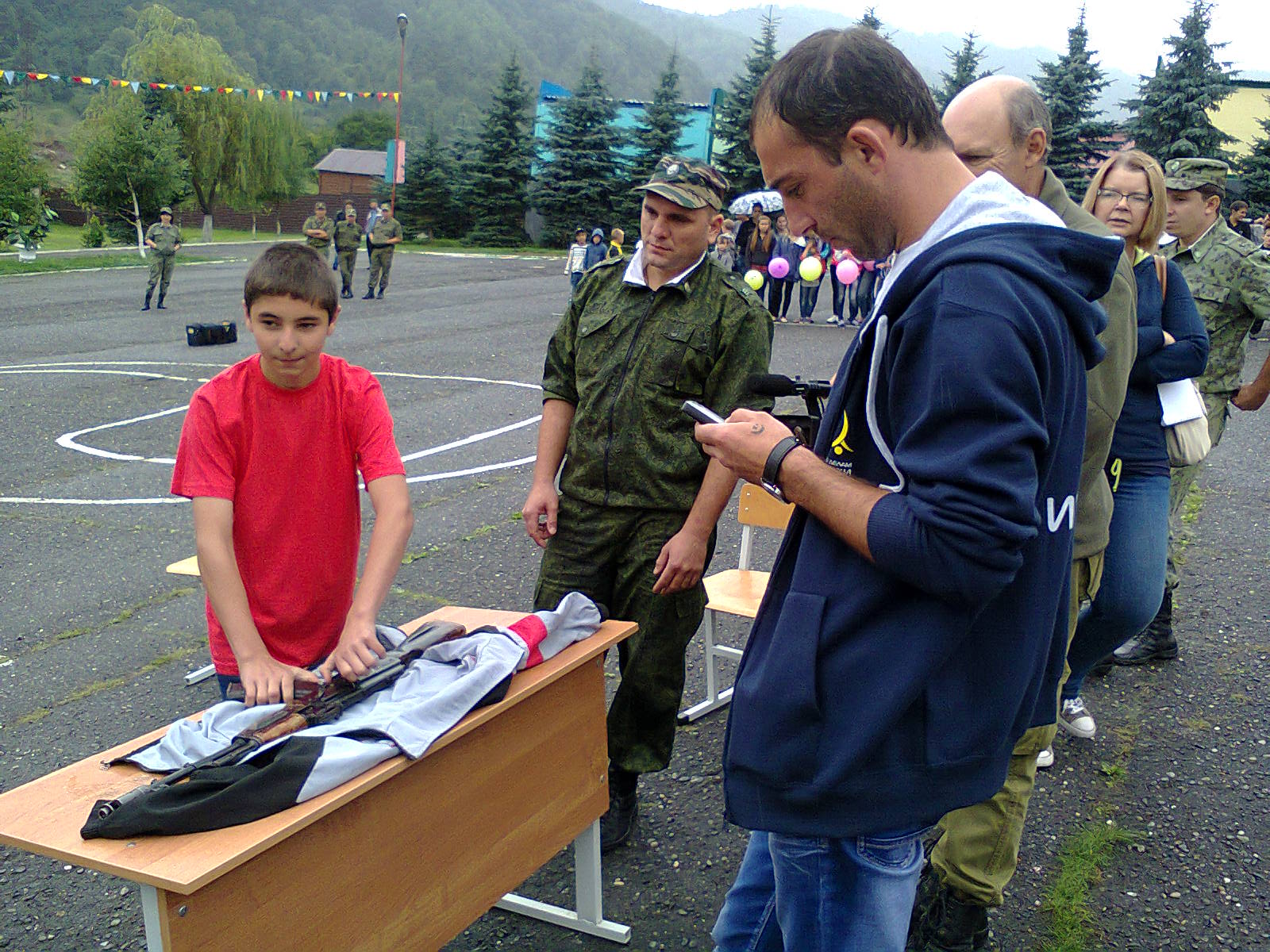