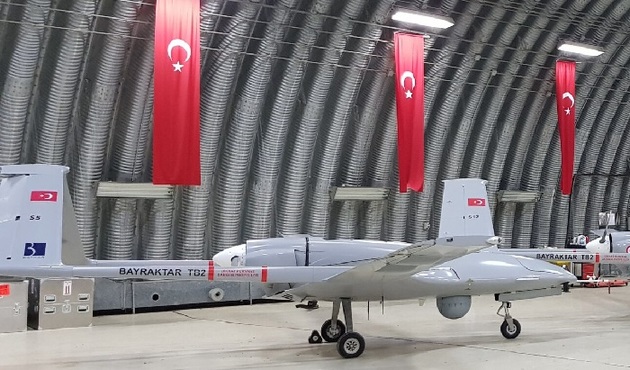 After the Azerbaijan victory, Turkish drones are in hot demand around Africa. The Bayraktar TB2 armed drone made by Turkish defence contractor Baykar is drawing attention of prospective buyer countries as a combat-proven technology. Nikkei Asia Review writes, that during Turkish President Recep Tayyip Erdogan's visit to Angola last month, his host President Joao Lourenco reaffirmed the nation's interest in acquiring such capabilities. Lourenco had conveyed his intent when he visited Turkey in the summer.

"As you know, we are not conservative about such issues, and I told them we are ready to give all kinds of support," Erdogan said at a joint news conference with Lourenco. "Our defense ministers will talk, and we will take the necessary steps."

Military cooperation is especially effective in this strategy, with Turkey ready to sell everything from armed drones to armored vehicles and providing military trainers. This also fits with the desire of African states to diversify their sources beyond established suppliers like China and France.

Turkish drones are cheaper than those made in the U.S. or Israel. They also are easy to operate and fit the needs of African states, whose most common use is against non-state actors and terrorist organizations, according to Caglar Kurc, a Turkish defense analyst. From time to time, African states have made expensive acquisitions -- like buying aircraft -- but failed in maintaining and operating them," Kurc said.

At Turkey's Teknofest aerospace and technology festival in September, visitors from all ages took turns operating Baykar drones using joysticks at ground-control-station simulators. It takes roughly four months of training to become a certificated TB2 drone operator or technician, much shorter than a jet fighter pilot.

Hours after returning to Turkey from the four-day tour of Angola, Togo and Nigeria, Erdogan visited a Baykar factory on Oct. 21, telling employees about the response in Africa to the company's products. "Let me tell you this frankly: In Africa, wherever we went, they asked us for unarmed and armed drones, including the Akinci," the president said, referring to Baykar's latest high-altitude, long-endurance unmanned combat aerial vehicle.

"The world powers are following you, what you did in [recent conflicts with] unarmed and armed drones," Erdogan said. "Because now you are among the world's top 3" most successful countries when it comes to unmanned aerial vehicles."

Reuters reported last month Morocco had received its first batch of Turkish drones. Ethiopia also has requested them, much to the ire of North African powerhouse Egypt, which is at odds with Addis Ababa over a hydropower dam on the Blue Nile.

Turkish Exporters Assembly data shows defense and aviation exports to both Ethiopia and Morocco increased sharply in the past two months, without providing details of any drone sales.

"There may be reports in international media that Egypt is uneasy that we are selling drones to Ethiopia. There is nothing official that came to our attention about the matter," Turkey's Foreign Ministry spokesman Tanju Bilgic told reporters last month. "After all, Turkey and Ethiopia are sovereign nations, and Ethiopia can buy these drones from wherever they want."

Tunisia also reportedly received its first batch of armed drones from another defense company, Turkish Aerospace Industries, at the end of September.

Turkey's main rival for drone sales in Africa will be China, said Arda Mevlutoglu, another defense analyst. "China may have a cost advantage by lowering the price tag in exchange for other concessions from buyer states," he said. But such low costs are often accompanied by poor service afterward as well as quality problems in sensors and guided ammunitions, at least in their exported versions, Mevlutoglu said. "Turkey, meanwhile, offers NATO standards to buyers," he said.

Mevlutoglu cited Somalia, Nigeria, Rwanda, Ethiopia, Niger, Mali and Mozambique as countries having serious security problems in which low-cost drones that are easy to operate and maintain can be a good solution.

Stockholm International Peace Research Institute data shows the top four arms suppliers to Africa are Russia, China, France and the U.S.  "Turkey has been selling items like armored vehicles, but after the military accomplishments of Turkish drones in Azerbaijan and Libya, African states now also want Turkish drones, as [they are] cheaper and accessible compared to U.S. drones," Kurc said. "Turkey does not apply embargoes or try to change foreign policy course. Turkey follows the footsteps of China on a no-strings-attached arms sales policy, which is welcome for buyers."

Delegations from Africa constituted the largest foreign attendance at the International Defense Industry Fair 2021, held in Istanbul during August, according to Ismail Demir, President of Defence Industries. Many defense contracts and cooperation agreements were signed during the event.

Africa is one of key directions of Ankara's foreign policy, Erdogan says