Several congressional Democrats asked the House of Representatives' Committee on Oversight and Government Reform to conduct an investigation in respect of the business empire of the US President-elect Donald Trump and make sure he will be able to avoid the conflict of his commercial and government interests. TASS reminds that Trump, whose net worth is in excess of $10 billion, runs a family company Trump Organization, and his adult children from his first marriage are its three vice-presidents - Ivanka, Eric and Donald Jr. The sphere of their interests includes expensive office buildings, hotels, casinos and golf clubs, restaurants, mortgage, shoes and clothing, jewelry, furniture, household goods, as well as beauty contests.

Meanwhile, according to a leading researcher of the Institute for US and Canadian Studies of the Russian Academy of Sciences, Tatyana Kuzmina, "Trump is a very pragmatic and opportunistic person. He follows the short-term business interest. If the United States is interested to work with Russia, and it brings profit to the part of the population, represented by Trump, we can count on the support of our initiatives as well. To date, he is opposed to military intervention in the Middle East. But it was campaign rhetoric, and Trump will do only those things, which at the moment will be beneficial for his business and for the US business in general. On the other hand, to a certain extent he owes the military-industrial complex, the FBI and the CIA, which supported him during the election campaign, especially at the last stage". 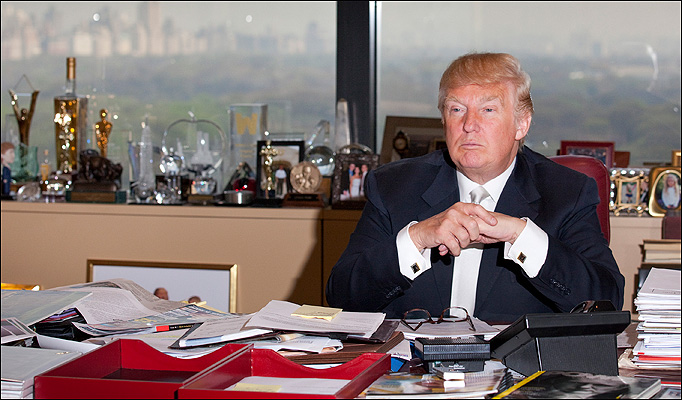 Kuzmina believes that Trump, as a classic representative of capitalism, will bet on the development of big business and will contribute to the interests of transnational corporations. The expert said that the fact that four states of the US "Iron Belt", which traditionally supported Democrats, this time voted for Republicans, is one of the reasons for Trump's victory. "They are in the border with Canada area, they are very dependent on the North American Free Trade Agreement (NAFTA), they suffer from a certain level of tariffs and trade relations between the US and Canada, the US and Mexico, which are the members of this agreement, they are dissatisfied with their position and cast their votes for Trump," Kuzmina said.

According to her, Trump has to fulfill his promises linked to lower lower duty rates on the US goods, higher import duties, the emission of hydrocarbons, "He must change his view of the environmental issue, because the issues of increasing energy production in the US and whether the pipelines between the US and Canada, which construction was abruptly halted by Obama this year, will be constructed or repaired, depend on it".