Elkon Polukov: Results of the Second Karabakh War opened up new possibilities for the whole region 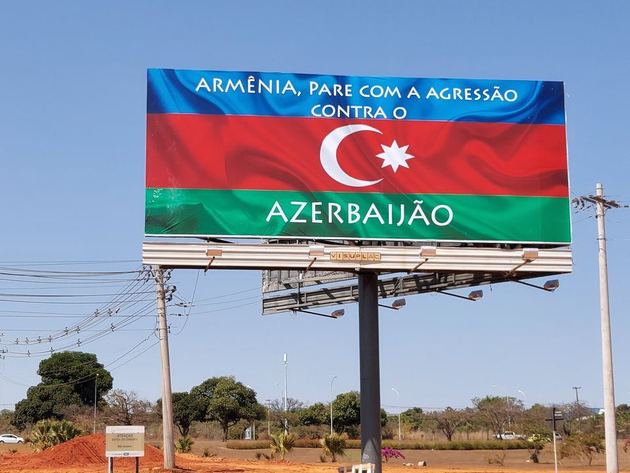 2020 was full of challenges – starting with the epidemic and ending with a global recession in the global economy. But one chapter left the hope that one of the oldest and most bloody conflicts in the post-Soviet region was finally resolved: the Second Karabakh War between Armenia and Azerbaijan, which resulted in the liberation of all occupied territories of the Republic of Azerbaijan, Elkon Polukov, Ambassador of Azerbaijan to Brazil, reports in his article for Haveeru Online.

The Armenian occupation of the territory of Azerbaijan, which began before the collapse of the Soviet Union, continued until September 27, 2020. It was on this date that the Azerbaijani army launched a counter-attack in response to the new policy of the Armenian leadership, which was formed when the Armenian Defense Minister said: “New war for new territories”.

The new conflict ended 44 days after the war. On November 10, 2020, at the behest of Russia, the presidents of Russia and Azerbaijan and the Prime Minister of Armenia signed a historic document – a joint statement – that disrupted the military conflict and opened up new possibilities for building peace in the region.

The Second Karabakh War closed a page of gross violation of international law by Armenia, which did not apply to the sovereignty and territorial integrity of Azerbaijan with the implicit consent of the international community. Four UN resolutions adopted in 1993. They ignored the Security Council resolutions and called for the immediate withdrawal of all labor forces from Azerbaijan and the creation of conditions for the return of internally displaced persons to their homes.

Armenia used the “negotiated negotiations” strategy to oppose the position of international mediators for the Minsk group, which represents Russia, France and the United States. Azerbaijan has never tolerated this tactic, insisting on its legitimate right to restore regional integrity and to protect the internationally recognized border in all legal ways stated in international law, a measure reached last year.

Before and after the Second Karabakh War, its position on Azerbaijan was justified by fraternal nations such as Turkey and Pakistan and supported by many international organizations. Today, we are beginning to rehabilitate liberated lands, creating conditions that allow internally displaced persons to return to their homes. Unfortunately, the Armenian occupation destroyed ruins, disasters and natural resources in these regions, and Azerbaijan had to create everything anew.

At his request, Ilham Aliyev, President of the Republic of Azerbaijan, stated that all Armenians – residents of Nagorno-Karabakh – would receive the same rights and privileges as all citizens of Azerbaijan after obtaining citizenship of Azerbaijan.

Today Azerbaijan calls for the continued implementation of the November 10 joint declaration, a process that has already begun with new potential opportunities not only for Azerbaijan and Armenia, but also for other countries in the region. We look to the future, and when all communications in the region are restored, people will return to their lands and begin to live without fear of future conflicts.

ФОТО The sign on the way to the International Airport of Brasilia says: "Armenia, stop your agression against Azerbaijan"
6800 views
Поделиться:
Print: