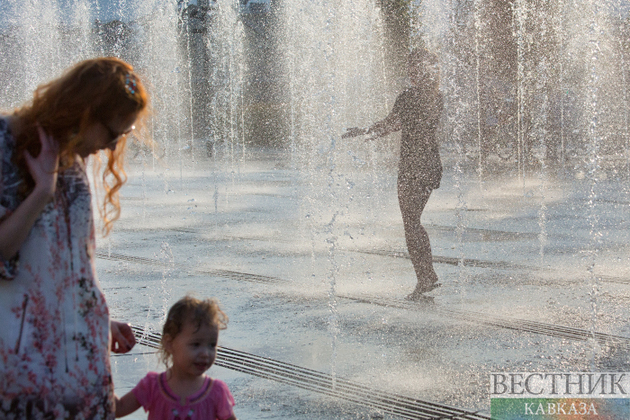 The record-breaking heat wave in Europe doesn't mean record solar power generation, as extremely high temperatures actually reduce the efficiency of solar panels. As temperatures in the UK hit the highest-ever on record at over 40 degrees Celsius (104 F) this week, solar power output hasn't set records and is unlikely to do so amid very high temperatures, scientists say, Oil Price reports.

On Tuesday, a provisional temperature of 40.3 C (104.54 F) was recorded at Coningsby in the UK, the UK's Met Office said, adding that it was the first time on record temperatures in the UK have exceeded 40°C. However, power output during the heat wave has dropped below the levels that are typically reached during the spring when there is sunshine, but temperatures are cooler. "It's because of this balance between irradiance and temperature that the record for peak half-hourly generation is always in April or May, because that's when we get sunny but relatively cool weather," Jamie Taylor, a senior data scientist at Sheffield University, told the BBC.

While solar output has been relatively high in recent days, it hasn't broken any records, according to trade association Solar Energy UK. "The heat itself brings down the efficiency of solar panels slightly," Solar Energy UK's chief executive Chris Hewett told the BBC. "So don't expect to see records set," Hewett added.

During very high temperatures, a very high number of the electrons on the solar panel are excited, which reduces the generated voltage and the panel's efficiency. Hot weather could reduce the efficiency of solar panels by between 10 percent and 25 percent, according to U.S. solar equipment distributor CED Greentech. "It may seem counter-intuitive, but solar panel efficiency is affected negatively by temperature increases. Photovoltaic modules are tested at a temperature of 25 degrees C (STC) – about 77 degrees F., and depending on their installed location, heat can reduce output efficiency by 10-25%. As the temperature of the solar panel increases, its output current increases exponentially, while the voltage output is reduced linearly," CED Greentech notes.

Nature Food: even a ‘limited’ nuclear war would starve millions of people