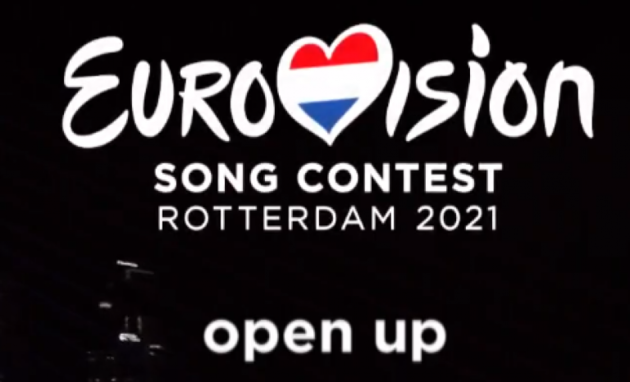 In the space of just three days, we’ve had ten new entries for Eurovision. The contest is going to take place in Rotterdam, the Netherlands. Last year, due to COVID-19 pandemic, Eurovision was canceled. This year, the organizing side stated that the format would depend on the epidemic situation in the Netherlands.

Russia welcomed the selection show on March 8th. The last-year favorite performers of the contest Little Big withdrew the qualifying round. The group decided that their new song would be compared with the last-year entry Uno rather than with songs of other participants and it would lead to a failure. Nevertheless, singer Manizha will represent Russia in the Netherlands. She will sing Russian Woman.

Samira Efendi will represent Azerbaijan in Eurovision 2021. Earlier she has revealed the titles of the six songs in the running to be her entry: Mata Hari, Ratata, When I’m gone, Manifesto, Breathing You и Owe You Pretty. She will choose the one in the mid of March.

Following the cancellation of Eurovision 2020 in March last year, Georgia were quick to confirm that Tornike Kipiani would be re-selected to represent the country at Eurovision 2021. On March 1st, his team revealed the name of the song that Tornike will perform at this year’s contest – “You.” The song is said to be in English and will be a mix of rock, pop-rock and blues-rock.

While other countries presented their entries at the weekend, Armenia made a decision to withdraw the contest this year. In an official statement, broadcaster AMPTV says: “After careful and detailed discussions, the Public Television Company of Armenia has decided to withdraw from the Eurovision Song Contest 2021, considering the latest events, the shortness of production time as well as other objective reasons that make the proper participation of Armenia at ESC 2021 impossible.”

Wiwibloggs reports on other participants of Eurovision 2021.

Belgium’s Hooverphonic with “The Wrong Place”

They’re the returning act with a new voice. Hooverphonic describes “The Wrong Place” as being about “a one night stand gone wrong” — a woman who wakes up and asks “What the f*** is he doing here?!” The song is more playful than their 2020 entry “Release Me” and has the classic Hooverphonic sound.

“Amnesia” features Roxen’s famous raspy tones, with a slice of modern and stunning energy. The vocals fit perfectly with the tone of the song. Her youthful sound also contributes beautifully to the modern vibe of the song. Fans of her 2020 entry will certainly love “Amnesia” despite its differences. As with “Alcohol You”, there is the same vulnerability and delicate nature.

The Netherlands’ Jeangu Macrooy with “Birth Of A New Age”

He’s the Suriname-born singer who is fast becoming a star in the Netherlands. But Jeangu Macrooy is also a fighter and someone who understands dislocation. His song “Birth of a New Age” acknowledges the difficulties — but inspires people to push past the shade, all to the infectious chant, “Your rhythm is rebellion.”

It dropped with sweet indulgence in Moscow, at a seemingly never-ending launch party. But after several hours, fans got to hear Natalia Gordienko “Sugar”. The club-ready, radio-friendly track is about a woman being taken over by desire, all told through the metaphor of craving some sweet-tasting, soluble carbohydrates. “I can’t explain it, but there’s something going on — a crazy energy inside of me,” she sings. “First just a tingle, then it turned into a burn, like fire in my blood.”

Montaigne presented first presented her song on the Australian radio station Triple J.“Technicolour” is an upbeat dance-pop song with fun and uplifting lyrics. The song includes a shout-along part where Montaigne asserts, “But I got power, yeah! Midnight is the hour, yeah! Time to take off your cloaks! It builds to the song’s chorus, where Montaigne sings “Techni, technicolour, if we stand together, we can do whatever.” And amid the party spirit, the song also lets Montaigne show off her vocals, even with a speorg note moment.

Serbia’s Eurovision 2021 trio have now released their song “Loco Loco” – and it is indeed crazy crazy! After months of speculation and a few weeks of teasing, we finally know what Hurricane will be performing at the contest this year in Rotterdam. Sanja Vučić, Ivana Nikolić and Ksenija Knežević – the three queens that make up the group – bring a colourful music video with lots of glitter and disco balls.

Estonia’s Uku Suviste with “Lucky One”

Twelve Eesti Laul finalists took to the stage in Tallinn’s Saku Suurhall arena. And in the end, Uku Suviste triumphed once again. He’ll sing “The Lucky One” at Eurovision this May after winning the Estonian selection show for a second consecutive year. Firstly, a 50/50 combination of jury votes and public votes chose the top three songs. Then, public votes alone decided the winner. Ultimately, the Estonian public loved Uku Suviste the most.

Saturday saw eight acts take to the stage for Dansk Melodi Grand Prix 2021. They were all hoping to take home the trophy and earn the right to represent Denmark at Eurovision 2021. But in the end only one could emerge victorious and that was Fyr & Flamme with their song “Øve os på hinanden”.

Portugal’s The Black Mamba with “Love Is On My Side”

After an intense voting sequence in the Festival da Canção final, that saw Carolina Deslandes top the jury vote with “Por um triz” and NEEV as the televote favourite with “Dancing in the stars”, The Black Mamba came out on top with 20 points — 10 from the jury and 10 from the televote.

The 71st edition of the Sanremo Music Festival has come to an end with a twist: rock band Måneskin won the crown and the traditional leoncino — the little golden lion awarded to the sanremese winner. The quartet launched by X Factor Italy immediately caught the audience’s attention with electrifying performances of their powerful entry “Zitti e buoni”, but they were not on the podium in the provisional ranking before the start of the final, reached instead thanks to the support of the televote.