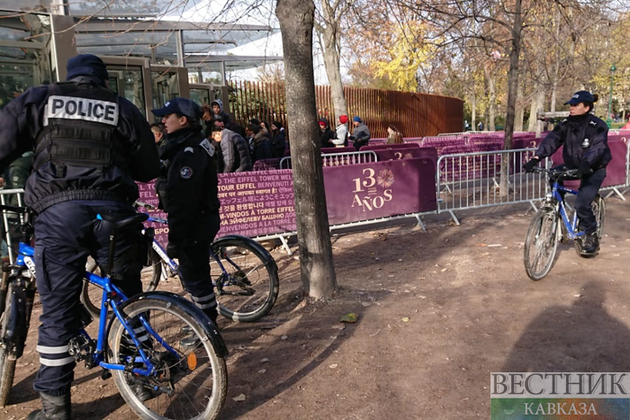 French authorities say more than 105,000 people have taken part in protests across the country against the introduction of a new coronavirus pass. Demonstrators in the capital, Paris, held placards emblazoned with phrases like "no to vaccine passes". Interior Ministry officials said 34 people were arrested and some 10 police officers were injured after the protests turned violent in some places.  In Montpellier officers used teargas during clashes with the demonstrators, BBC writes.

A new draft law would in effect ban unvaccinated people from public life. The bill, which passed its first reading in the lower house of France's parliament on Thursday, would remove the option of showing a negative Covid-19 test to gain access to a host of public venues. Instead, people would have to be fully vaccinated to visit a range of spaces, including bars and restaurants.

The government says it expects the new rules to come into force on 15 January, although the opposition-dominated Senate could delay the process.

But demonstrators on Saturday accused the government of trampling on their freedoms and treating citizens unequally. Others targeted their anger at the president, Emmanuel Macron, over comments he made earlier this week in relation to unvaccinated citizens, telling Le Parisian newspaper that he wanted to "piss them off". One protester, hospital administrator Virginie Houget, told the Reuters news agency that Mr Macron's remarks were "the last straw".

And in Paris, where some 18,000 people marched against the new law, demonstrators responded to his coarse language by chanting: "We'll piss you off".

TV images showed altercations between protesters and police turning violent in some places.

Turnout for the protests was estimated to be about four times higher than the last major demonstrations on 18 December, when some 25,500 people marched across the country.

But despite the vocal protests, opposition to the new measures is not widespread and recent polling suggests the vast majority of people back the vaccine pass. France is one of the most highly vaccinated countries in Europe, with more than 90% of over-12s eligible for the shot fully vaccinated.

Meanwhile, new coronavirus infections are rising rapidly across France as the new Omicron variant takes hold. The country recorded more than 300,000 new cases for the second time in a week on Friday and admissions to intensive care wards are rising steadily, putting healthcare systems under strain.

Some hospitals have reported that some 85% of ICU patients are not vaccinated against Covid-19.

Poll: 25% of French citizens would want to get Sputnik V vaccine