Jojug Marjanli village located in Jabrail region of Azerbaijan, which can go down in history as a symbol of intransigence, marks the day of restoration today. In 1993 the village was occupied by Armenian armed forces. A few months later, more than 20 villages were liberated from the occupation,including the Jojug Marjanli village, in the course of the successful military operation ‘Horadiz’, held under the leadership of National Leader Heydar Aliyev, but it was fired from a neighboring height controlled by Armenian troops. All these years eight members of Ogtay Haziyev’s family lived there, which set an example for all internally displaced people of true patriotism and selflessness. Only in April 2016 the Azerbaijani army managed to occupy the Lyalya-tepe height and now Jojug Marjanly is being recovered.

"The Jojug Marjanli village was under the Armenian occupation for only a few months. For several months the Armenian occupying forces completely destroyed the village, destroyed all the buildings, "Azerbaijani President Ilham Aliyev said at a meeting with Ogtay Haziyev’s family members, who lived in the village for all these years. 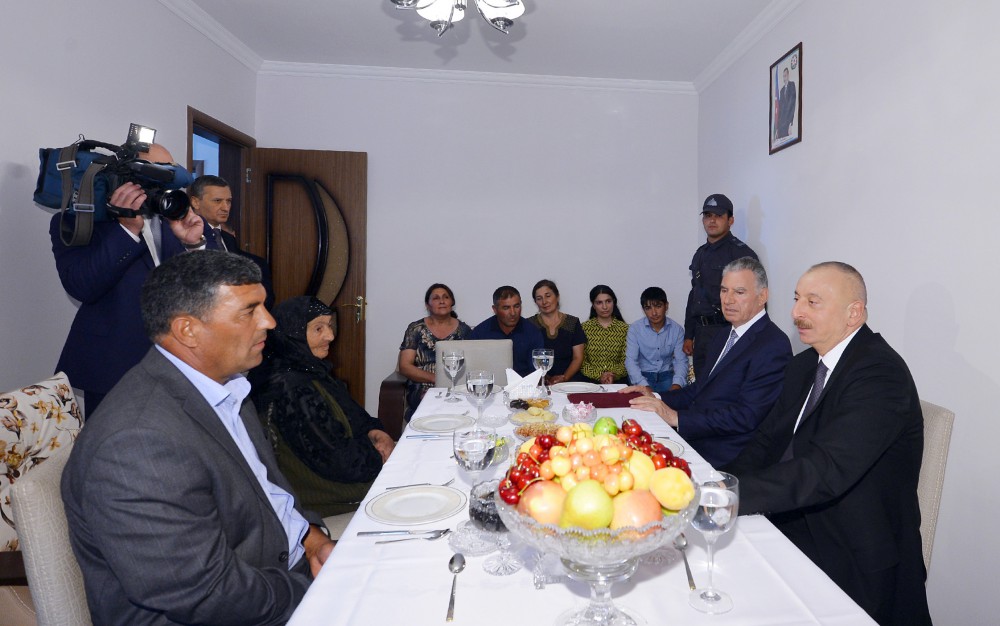 "When I visited the liberated lands in the Lyalya-tepe height and met with servicemen late last year, I asked whether it is possible to live in safety in Jojug Marjanli. They said it is possible," the president said.

In January this year, an appropriate decree was signed and funds were allocated from the president's reserve fund, the construction work has begun on March 20. Within only two months, a part of the village was restored. At the first stage, 50 houses, a school, a mosque reminiscent of the historical Shusha mosque were built. A road was built from Horadiz to Jojug Marjanli. At the next stage, 100 houses, medical institutions will be built and additional measures will be taken to create workplaces there. 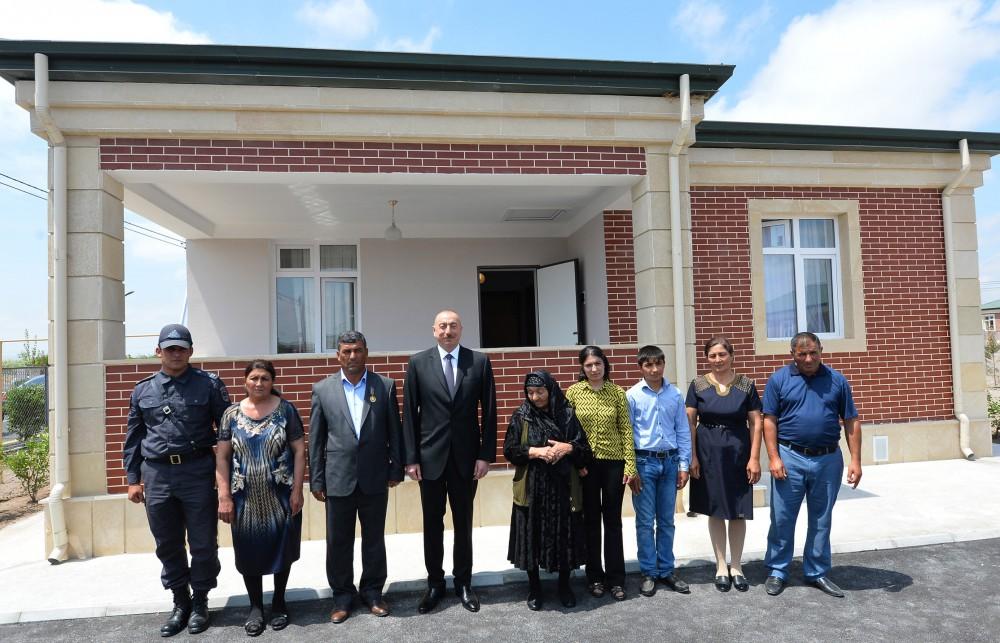 The day of restoration of Jogjug Marjanli precedes the National Salvation Day, celebrated on June 15, which was established in connection with the fact that on this day in 1993 Heydar Aliyev assumed leadership of the Republic.

"Due to the return of the great leader Heydar Aliyev to power in Azerbaijan, stability has been restored and development has been launched, and for today Azerbaijan is one of the world's most outstanding countries. We all regret that Heydar Aliyev had not been leader of Azerbaijan since the first days of its independence. If he was, then even one inch of land would not be occupied. Unfortunately, the persons who led our country in the first years of independence showed weakness and cowardice," Ilham Aliyev stated.

Meanwhile, according to him, the April battles visually showed the whole world that the Azerbaijani state is ready and able to restore its territorial integrity. "You lived under bullets and shells and demonstrated an example of patriotism. You showed that the Azerbaijani people are connected to their land with life and blood. You showed that Azerbaijani citizens live, build and create on their land in any conditions. You constantly lived under threat, that is, not one day, not a week, but every day, day and night, for more than 20 years. The entire Azerbaijani people are proud of you. You deserve the highest appreciation. I am proud of you," Ilham Aliyev said, awarding Ogtay Khaziev with the Order of Labour. 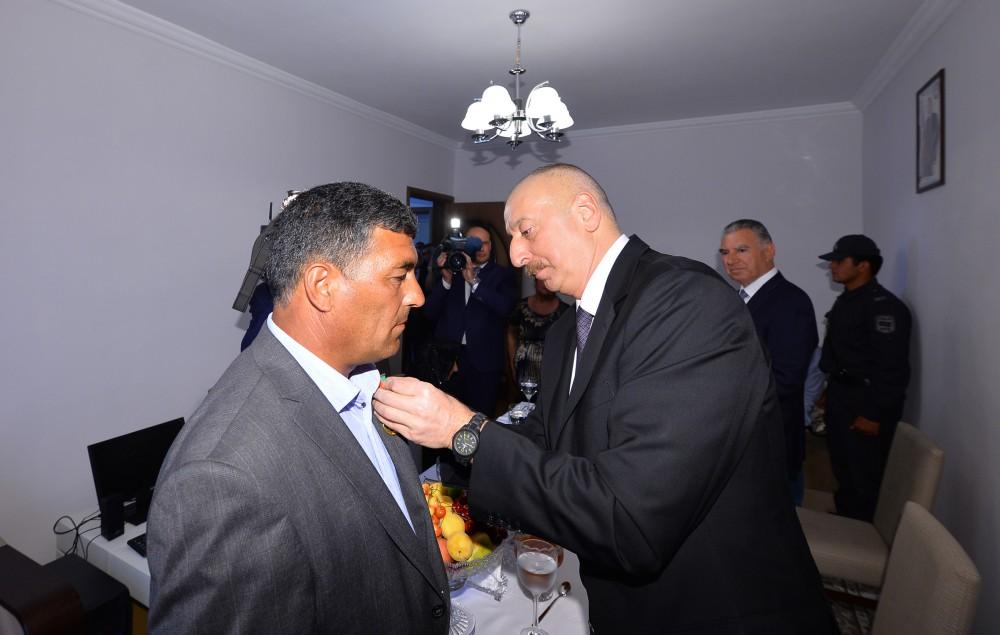 "Today the Azerbaijani flag is waving on Lyalya-tepe and other territories liberated from the occupation. The day will come when our flag will be waving in Shusha. This aggression is a great injustice and a violation of international law. But, unfortunately double standards exist throughout the world. Armenia still ignores the UN Security Council resolutions that demand an immediate and unconditional withdrawal of Armenian troops from the occupied Azerbaijani territories. And those who passed these resolutions don’t force Armenia to comply with them... However, we strengthen our country, our army and we will restore our territorial integrity. The liberation of Jojug Marjanli is clearly indicative of this," Ilham Aliyev said.