How Armenian soldiers were sent to face certain death 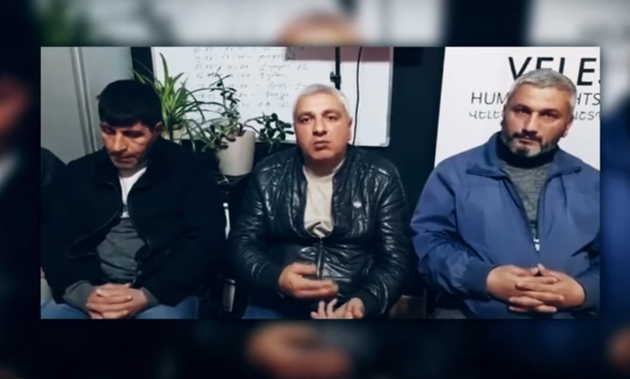 Yesterday, a video of parents of deceased Armenian soldiers became viral in social media. They told about their children sent to defend the city of Hadrut in Khojavend District, Azerbaijan, during the second Karabakh war last autumn; at the end, 76 soldiers faced absurd death. Azerbaijan completely controlled Hadrut in October 2020 as a result of hostilities.

Father of a deceased stated that soldiers were intentionally sent to face certain death on October 9th, 2020, when the city was almost liberated by the Azerbaijani army. Soldiers were gathered from 143 combat posts and relocated to a point that was soon attacked by the Azerbaijani Armed Forces. “The order came at 9 a.m.; children were deployed afternoons but nobody even met them. If they were called to help, somebody should have met them there. A commander should have greeted the division. If he couldn’t, he should have sent someone to do that,” father of the deceased said.

Another man who lost his son added: “Sending soldiers there, they should have realized that Azerbaijan and its drones controlled the whole sky. Why did they send our children there knowing they would be marooned?”

Third father lamenting for his child had no doubts that generals intentionally sent children to die: “It seems a very “smart” man sent them there… Now, nobody calls the name of a person who gave the order. Nobody knows who he is and where he is. The commander fully realized that soldiers sent to Hadrut would not come back but still he gave the order. We believe it was a pre-planned act. I can’t think about anything else – they sold our children, killed them intentionally.”

The video caused a lot of comments:

“Let’s shoot down such generals.”

“The blame rests with generals who couldn’t save young guys. Pashinyan is not a military man but he is also responsible for death of the guys.”

“They have nothing to do on a foreign land. According to the law, they are terrorists.”

“The blame rests with Kocharyan’s terrorists and Serzhik. They are robbers and bribetakers.”

Liberation of a few residential areas, including Hadrut, by the Azerbaijani army was reported on October 9th, not long before heads of Foreign Ministries of Russia, Azerbaijan, and Armenia Sergey Lavrov, Jeyhun Bayramov, and Zohrab Mnatsakanyan got together to negotiate in Dom Priemov (Reception House) of the Russian Foreign Ministry. Initially, the talks were planned to take place at 3:00 p.m. However, foreign ministers got together only at 4:30 p.m.

Interestingly, after the end of the Karabakh war (a month after the described events), units of Armenian occupation forces stayed in forests of Khojavend District of Azerbaijan near Hadrut. According to the Trilateral Statement of Russia, Azerbaijan, and Armenia, they must have withdrawn the lands. However, Yerevan officially called them “lost in forests” and missing in action. “The lost” started to commit sabotages and terrorist acts in nearby residential areas; therefore, Azerbaijan conducted an anti-terrorist operation.