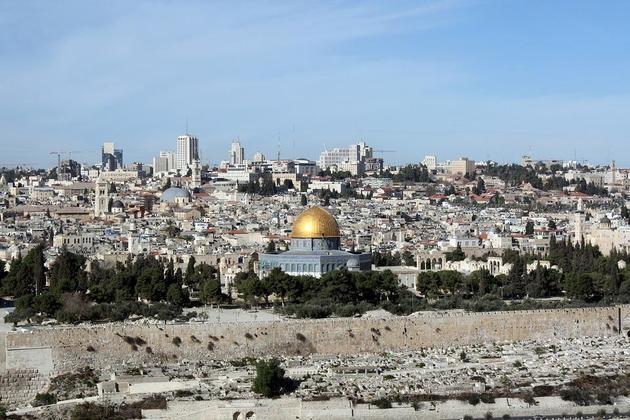 Ra'am head Mansour Abbas wrote on May 7 that the solution to the Israeli-Palestinian conflict includes "establishing a Palestinian State in the West Bank and Gaza with Jerusalem as its capital." In a speech to his cabinet on Sunday, Bennett rejected Ra’am chairman Mansour Abbas’s demand to give Jordan more say over decisions on the Temple Mount.

Ra’am’s views on al-Aqsa Mosque were based on understandings between Israel and Jordan, Abbas said he told Bennett and Alternate Prime Minister Yair Lapid, according to a Facebook post he wrote in Arabic on Saturday night, The Jerusalem Post reported. In the same post, Abbas said he ultimately sees the solution to the Israeli-Palestinian conflict including “ending the occupation and establishing a Palestinian State in the West Bank and Gaza with Jerusalem as its capital with al-Aqsa Mosque at its heart.”

Sources close to Abbas pointed out that there were no immediate demands in Abbas’s statement. But Bennett’s associates said the prime minister still felt compelled to react, especially with the Knesset returning from its spring recess on Monday.

“I want to make clear that there is not nor will there be any political considerations when it comes to the war on terrorism, and of course all decisions regarding the Temple Mount and Jerusalem will be made by the government of Israel, which is the sovereign in the city, without taking into account any foreign considerations,” Bennett told the cabinet. “We of course reject any foreign interference in the decisions of the government of Israel,” he said. “Israel will of course continue to maintain proper respect for all the religions in Jerusalem as we have and will continue to do. United Jerusalem is the capital of only one state, the State of Israel.”

Bennett convened the heads of the parties in his coalition before Sunday’s cabinet meeting and again for under an hour on Sunday evening to plan their strategy for keeping the government together when the Knesset reconvenes. Abbas, who is abroad, did not attend the meetings, nor did his faction head, Waleed Taha, attend a meeting of coalition faction heads. The party heads said talks would be held with Abbas to obtain the votes of his four MKs against a bill expected to be brought to a vote on Wednesday. If passed, it would start the process of dissolving the Knesset and initiating an early election. “Anyone who has a drop of national and civic responsibility must work with full force to maintain the good government we have,” Bennett told the cabinet. “I know and expect that all the parties and their heads will contribute to that, as they have been doing.”

Opposition leader Benjamin Netanyahu convened party heads in the Knesset on Sunday morning to make their own preparations for the Knesset’s return. They decided to intensify their efforts to bring down the government. “The government lost its majority in the Knesset,” the opposition party heads said in a joint statement. “They have no legitimacy from the public.”