Israel - Azerbaijan. Together for quarter a century

This year marks the 25th anniversary of the establishment of diplomatic relations between Israel and Azerbaijan. Israel was one of the first states to officially recognize the independence of the Republic of Azerbaijan on December 25, 1991, establishing official diplomatic relations on April 7, 1992. Less than a year later, Israel opened an embassy in Baku.

During these years, Azerbaijan was repeatedly visited by Israeli President Shimon Peres, Prime Minister Benjamin Netanyahu and other officials, including the architect of Azerbaijani-Israeli relations, Defense Minister Avigdor Lieberman. It is symbolic that an intergovernmental commission, headed by Azerbaijani Foreign Minister Elmar Mammadyarov and Ecology Minister, Minister of Jerusalem Affairs and Heritage Zeev Elkin, was established during the year marking the 25th anniversary of the establishment of diplomatic relations. The center of Azerbaijani natives 'AzIz' has planned holding of several events dedicated to the jubilee year. The first of these was a grandiose festive concert in the Palace of Culture in the city of Nesher, organized with the support of the Israeli Ministry of Absorption, the municipality of Nesher and the Heydar Aliyev Foundation. 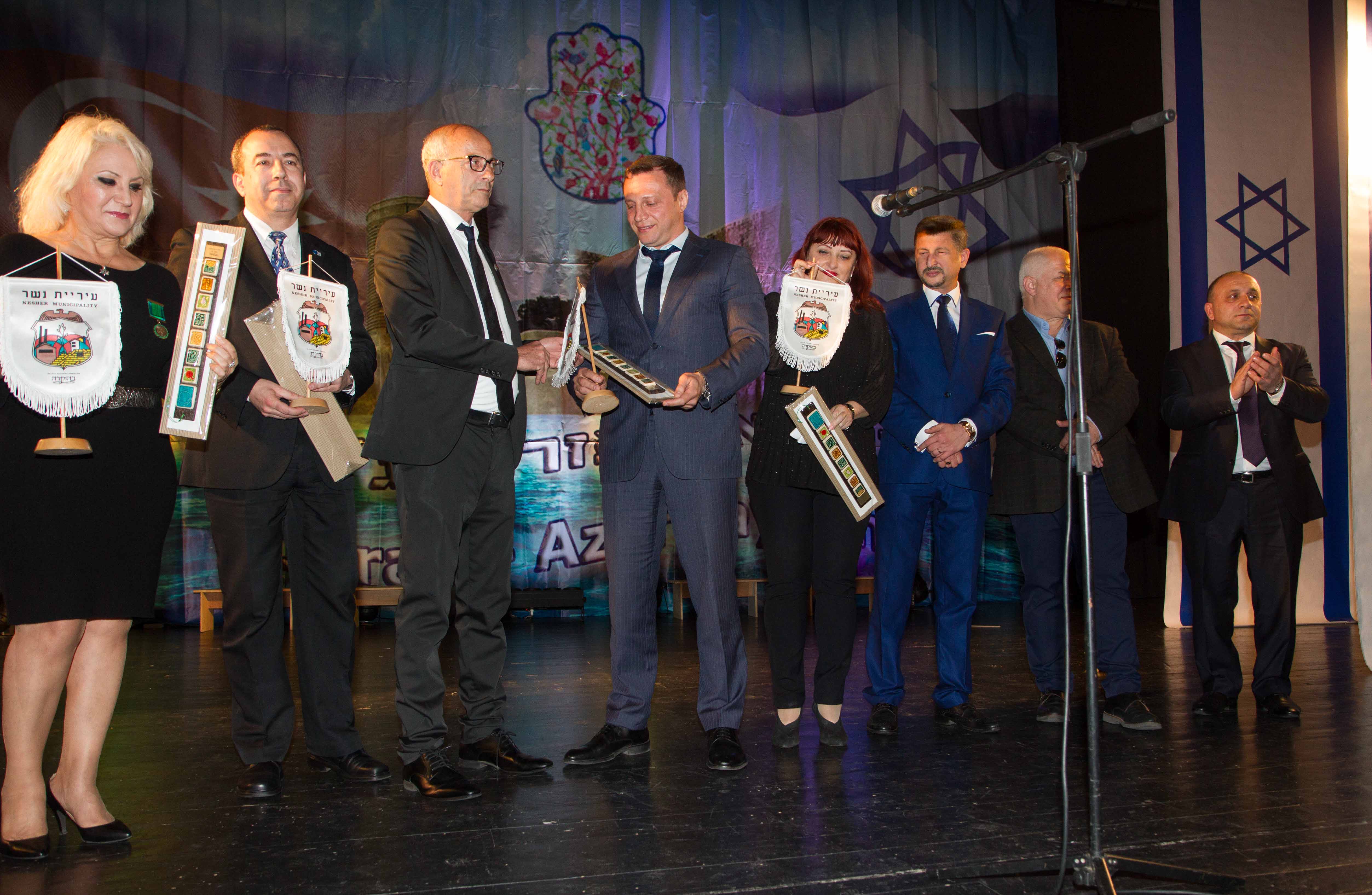 The festive mood for the guests was created by "Prince of Caucasian chanson" Jeyhun Bakinsky, Israeli singers Tomer Aliyev and finalist of the musical contest 'Kohav aba' Tina Ibragimova. The choral 'Shir a-Shirim' under the direction of Anna Gantman and the dance ensemble 'Rhythms of the Caucasus' under the direction of Victor Abramov created a festive atmosphere.