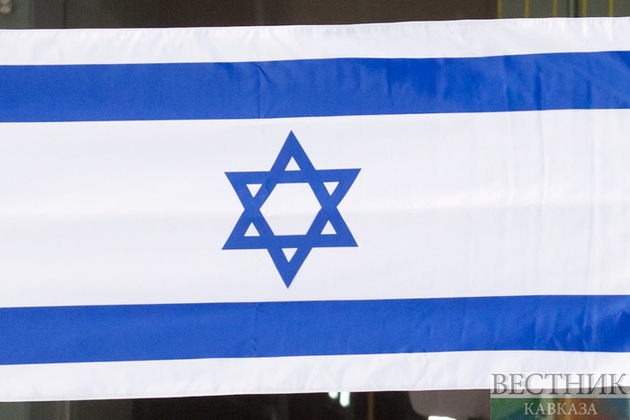 A meeting in Israel that includes top diplomats from four Arab countries would have been unimaginable just a couple of years ago. Israel is firmly on the diplomatic map. Israel is entering a new era with the two-day Negev Summit which began on Sunday.

The Jerusalem Post writes that following hot on the heels of the surprise trilateral meeting between Prime Minister Naftali Bennett, Egyptian President Abdel Fattah al-Sisi and the Crown Prince of Abu Dhabi Mohammed bin Zayed in Sharm e-Sheikh last week, the Negev Summit sends out a message clearer than ever that Israel is not only part of the region, it is a major player.

Four top representatives of Arab states gathering together at Sde Boker, with US Secretary of State Antony Blinken and Israel’s Foreign Minister Yair Lapid, demonstrates an immense shift in the Middle Eastern sands.

Although it’s hard to know what is being said behind the closed doors at the Sde Boker parley, that they are meeting at all is itself an important message.  The venue is also significant: Although it is definitely not as symbolic as Jerusalem would have been, it is nonetheless where Israel’s first prime minister David Ben-Gurion is buried and a link to Israel’s creation as a state.

The Negev Summit, hosted by Lapid and attended by his counterparts, the foreign ministers of the US, Egypt, the UAE, Bahrain and Morocco, goes a stage further in recognizing the Jewish state, normalizing ties, and strengthening relations.

Although physically absent, Saudi Arabia – with which Israel does not have diplomatic relations – will definitely be following the event, as will other countries, particularly Jordan, with which Jerusalem has had full diplomatic ties since 1994.

The meeting is another expression of the new age that began when Israel signed the Abraham Accords with the UAE, Bahrain, Morocco and Sudan in 2020. The fact that this month’s meetings are being attended by Bennett and Lapid shows that the relations are based on Israel as a country, regardless of who is its political head. As Blinken put it at his press conference with Lapid yesterday, “Normalization is the new normal.”

Although Blinken traveled to Ramallah to meet with Palestinian Authority President Mahmoud Abbas and paid lip service to the two-state solution, to a certain extent, the summit is another sign of the “dehyphenation” between Israel and the diplomatic process with the Palestinians. There are more pressing concerns in the region than the Palestinian issue. Europe and the US might be slow in recognizing or acknowledging this, but countries in the Middle East are well aware of it.

Chief among the current concerns is Iran and the likelihood that a new nuclear deal with it, reviving the 2015 JCPOA, is imminent. The new deal along the old guidelines presents an even worse threat to Israel and the Gulf states.

It is not by chance that Bennett on Saturday tweeted a message to Riyadh saying: “The State of Israel expresses its sorrow to the Kingdom of Saudi Arabia after the horrific attack by the Iranian-backed Houthis,” adding that it is “further proof that Iran’s regional aggression knows no bounds,” and saying it reinforces the concern about Iran’s Islamic Revolutionary Guard Corp being removed from the US Foreign Terrorist Organization list.

While Blinken reiterated America’s “iron-clad” commitment to Israel and said the US would not let Iran acquire a nuclear weapon, none of the countries being directly threatened by Tehran feel confident of America’s stand against a strengthened Shi’ite Islamic Republic. This week’s meeting demonstrates the regional realignment in which the Jewish state and the Sunni Muslim states are creating an unofficial bloc to deal with these and other common issues.

Russia’s operation in Ukraine is also very much on the agenda, as its impact is also being felt in this region. Both the energy crisis and the expected shortages of wheat and other commodities are of immediate concern.

Here, too, relations with the US and the Gulf have been strained. Part of the realignment we are witnessing is Israel taking center stage by providing the bridge between the US and the Arab countries, a role reversal to what we have seen in the past.