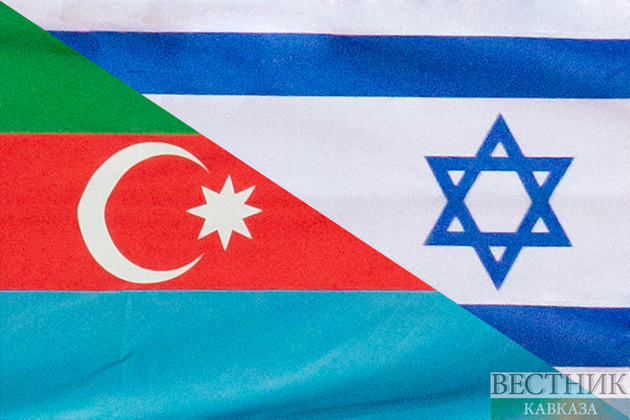 Ambassador Mukhtar Mammadov, the outgoing deputy education minister and a veteran of both the education and foreign ministries, is expected to begin working in February from the Azerbaijani trade office that already exists in Tel Aviv. The newly appointed ambassador of Azerbaijan to Israel is expected to arrive in Tel Aviv next month. The landmark diplomatic event comes amid burgeoning relations between Israel and Azerbaijan. Azerbaijani lawmakers speak to JNS about enhancing bilateral cooperation between the Muslim country and Jewish state ahead of the opening of Baku's embassy in Israel.

Israel has operated an embassy in Baku since 1993, the year after relations were established between the two countries. Indeed, Israel was one of the first countries in the world to recognize Azerbaijan’s independence in 1991 after the breakup of the Soviet Union. Over a decade ago, then-Foreign Minister Avigdor Liberman quipped that “Azerbaijan is more important for Israel than France.”

The upcoming arrival of the ambassador and the opening of the embassy prompted congratulatory letters from the Knesset to the parliament in Azerbaijan and back, both of which were signed by parliamentarians across the political spectrum. The earlier Knesset letter congratulates the Azeris on the embassy inauguration. “Our congratulations to you our friends, the speaker and the members of the Azeri parliament, on the occasion of the decision to open the Azerbaijani embassy in Israel. This is a significant step in upgrading the courageous cooperation between the two countries and a natural continuation of centuries of friendship between the Azeri and the Jewish people and the Jewish community on the soil of Azerbaijan,” the letter states.

“The opening of the embassy in Israel marks the beginning of a new phase in our bilateral relations, and is a vivid testimony to our cooperation entering a new level,” the Azeri letter reads. It expresses appreciation for Israel’s support for Azerbaijan in its 2020 conflict with Armenia.

Sevinj Fataliyeva, deputy chairman of the Azerbaijani National Assembly’s Foreign Affairs Committee, told JNS in a text from Baku, “Today Israel is a time-tested and reliable strategic partner for Azerbaijan.” She cited as ties that bind the strong Jewish community living in Azerbaijan—one of the largest Jewish communities in the Muslim world—and the immigrants from Azerbaijan to Israel who remain connected to their country of birth. “The opening of the embassy will bring cooperation to a completely new level,” Fataliyeva said.

National Assembly deputy Asim Mollazade, one of the signatories of the Azeri parliamentary letter, told JNS in an interview from Baku, “For thousands of years we have lived together as a family in peace, brotherhood and mutual respect. Our friendship, brotherhood and values helped us both survive in a very difficult region with evil and international terror threatening both Israel and Azerbaijan.” He noted that over centuries of pogroms in Europe, Jews settled peacefully in Azerbaijan and maintained those ties to the present day, when antisemitism is again rising throughout the world.

Mollazade pledged, in the wake of the 2020 Abraham Accords that saw Israel normalize relations with four Arab countries, to work to further additional relationships between Israel and additional Arab countries. He also noted how Israelis were at home visiting Baku alongside Turkish and Pakistani tourists.

The good relations between governments have completely filtered down to people-to-people diplomacy, Mollazade said, noting the consensus among Azerbaijan’s government and opposition regarding Israel ties. “It is restoring a historic brotherhood,” he said.