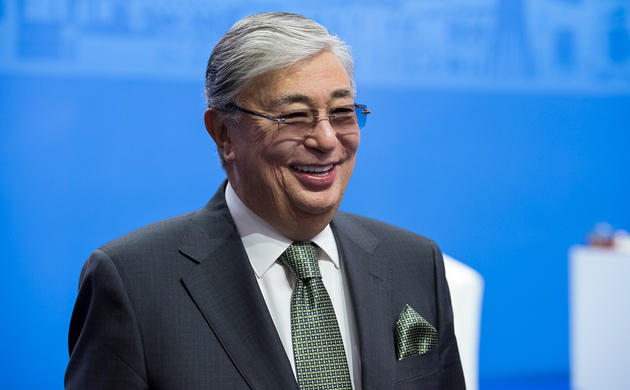 Compared to other countries, Kazakhstan has so far been fortunate enough not to be impacted too severely by the spread of Covid-19. The chief state doctor announced last week that approximately 4,000 cases of coronavirus are likely to be registered in Kazakhstan by the end of May, according to a Kazakh government statement. The coronavirus pandemic continues to dominate the international agenda, Economic Times writes in the article  Kazakhstan prepares for post-crisis period. Though it is too early to say whether the peak of the health crisis is behind us, a number of countries around the world are cautiously starting to lift quarantine measures that have been in place for a few months.

European countries including Spain and Italy, which are currently the most severely impacted nations in the region, are starting to ease the lockdown measures, including allowing children outside. China, India, Nigeria, New Zealand, and other states are also slowly opening up. After an extraordinary challenging start to the year, there is room for optimism.

Compared to other countries, Kazakhstan has so far been fortunate enough not to be impacted too severely by the spread of Covid-19. President of Kazakhstan, Kassym-Jomart Tokayev, made a statement on 27 April announcing that the state of emergency in the country will end on May 11, unless a new massive outbreak of the pandemic occurs. The State Commission has been entrusted with determining the list of organizations that will begin their work in all regions of the country, following the example of the capital, Nur-Sultan.

First of all, industrial enterprises, construction and road construction companies, transport companies, banks, and public service centers will begin their work provided they comply with all sanitary standards, and conduct regular disinfection of workplaces. After almost a two-month suspension, the Government will also open flights from May 1 between the capital and Kazakhstan’s largest city, Almaty. The country is slowly looking to begin the process of returning to normalcy, according to the statement.

Shopping and entertainment centers, cinemas, restaurants, parks and other crowded places will be closed, the statement informed. Distance learning will continue in universities, colleges, and schools. All these measures are taken in order to ensure public security.

The President noted that the difficult but necessary decisions that he had to take in order to prevent the spread of the virus in Kazakhstan have been largely successful, as the pandemic is not growing exponentially. This is certainly proof that implementing quarantine measures six days after the first case of coronavirus was confirmed in the country was the right move.

In his statement, Tokayev focused on the government measures that have been taken to support people who have experienced financial hardships over the past two months. He noted that over 4.2 million people have received financial assistance, including more than 1.6 million people who will receive state assistance to pay for utilities.

As well as individual people, small and medium-sized businesses have also been negatively impacted by the pandemic. In this regard, the President announced that tax incentive measures have covered more than 700,000 companies and individual entrepreneurs, which will allow them to save over $2.3 billion. Furthermore, in order to avoid job losses and reductions in people’s wages, a register of relevant companies is being formed, which will receive necessary support. Overall, the amount of funds aimed at supporting citizens and business amounts to approximately $13.8 billion.

At the same time, the Tokayev in this statement stressed that the partial relaxation of quarantine measures cannot be currently seen as a return to the normal way of life. Much is yet unknown about the virus and a global second wave of the pandemic remains a possibility.

Iftars in the holy month of Ramadan, as well as the May celebrations will need to be cancelled. As the Head of State noted, the main task is to preserve the life and health of the citizens.

But the country is preparing for the post-crisis period. Tokayev stated that the development of medicine will be given a high priority and will receive substantial support for the government. This will be especially important when a formula to create a vaccine is finally available. In addition, the government and the National Bank will prepare a Comprehensive Plan for Restoring Economic Growth, including support for the most affected sectors.

“Ultimately, there are reasons for Kazakhstan to be optimistic. Thanks to the country’s stable economy and financial reserves, the government has the ability to support those that have been impacted. Despite the undeniable issues yet to be resolved, the country has so far managed to navigate towards a better future. Currently Kazakhstan is preparing certain vision of country’s development at another stage of new challenges, endeavors and horizons in the post-crisis period,” according to the government statement

Overall, Tokayev noted that the country is absolutely open to the international community, all the data is published, no matter how sad it may be. Thus, by taking comprehensive proactive measures and supporting cooperation with all members of the world community, Kazakhstan is contributing to the international fight against the global Covid-19 pandemic.