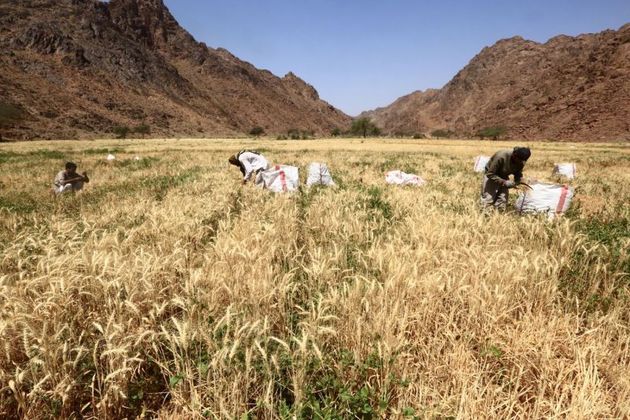 Saudi Arabia’s $500 billion planned high-tech city involves forced evictions of the Huwaitat tribe and vague promises of compensation. For hundreds of years, the tribe had occupied villages and towns, including a historical capital, Khuraybah, across the northwestern province of Tabuk. Now, some 20,000 people are set to be pushed out to make room for Neom, Foreign Policy writes in the article Mohammed bin Salman’s Bloody Dream City of Neom.

In 2017, Crown Prince Mohammed bin Salman announced his vision for a $500 billion high-tech dream city to be populated by global vacationers, technology start-ups, and rich investors. The planned 10,230-square-mile city—33 times the size of New York City—is a cornerstone of the crown prince’s Vision 2030 plan to diversify the Saudi economy away from reliance on oil revenues.

Officials promised the city would have more robots than humans, with mass facial recognition and surveillance to eliminate crime, drone-operated air taxis instead of roads, and a seaside luxury resort, cruise, and entertainment complex. Neom would be a miniature country with its own laws. The Huwaitat tribe would never fit into this glamorous cosmopolitan hub. And so the government would pay them for their land and nudge them out.

But things have not gone as planned. Faced with the prospect of giving up their ancestral lands, where the tribe has lived for hundreds of years (well before the Kingdom of Saudi Arabia was established in 1932), protests have erupted over the past three months. At least 10 people have been arrested, and some have fled the country. Rather than consult with the local community and seek to integrate them in the region’s ambitious plans, the government seeks assistance by well-paid American consultants and lawyers thousands of miles away.

Tabuk municipal authorities, overseen by the new National Program of Community Development, started issuing property confiscation orders in early January, according to local residents. The authorities offered residents only vague, verbal promises of temporary apartments and unspecified compensation. The residents told us there was no judicial process involved in reviewing the tribe’s objections to the development project, their forced displacement, or the terms of the compensation.

Local sources said the vast majority of tribe members rejected the offer. Abdulrahim al-Huwaiti in particular became a public face of discontent. In January, he was part of a local group that met with a government representative to reject compensation and the tribe’s displacement. On April 12, a day before he was killed, Huwaiti posted a YouTube video on his personal channel showing his title to the land. In another video posted that day, he insisted that he and others from his tribes wanted to stay in their historical lands and take part in Neom’s development. On April 13, the activist was killed.

The government’s statement claims that Huwaiti was armed and fired at security forces, and that they had no choice but to fire back and kill him. Since his murder, social media abroad has dubbed al-Huwaiti “the martyr of Neom,” likening his killing to that of the country’s most famous dissident, Jamal Khashoggi.

Massive development projects that involve taking locals’ property are never an easy process, but international law provides basic standards on how a government can respect the rights of local communities in the process. Saudi Arabia has no land law and the Law of Expropriation of Real Estate has no clear regulations on the process for resettling and compensating people who lose land to development projects.

ФОТО Peasants in a wheat field in Tabuk. The construction of a high-tech city involves the forced eviction of a tribe
7870 views
Поделиться:
Print: