Moscow has chances to succeed in Karabakh settlement 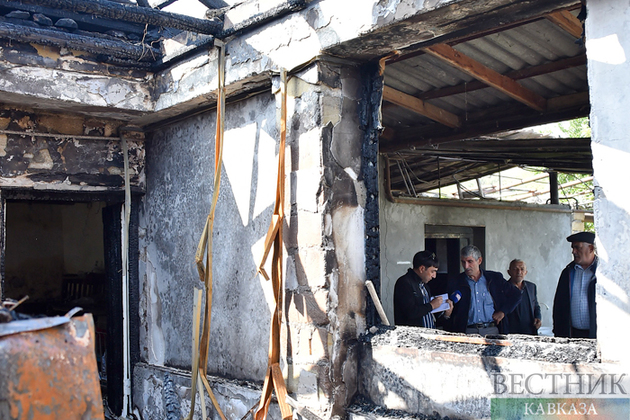 Clashes between Azerbaijani and Armenian troops have entered a fifth week as both countries battled to control Nagorno-Karabakh, a breakaway region in the South Caucasus. Nagorno-Karabakh is recognised internationally as part of Azerbaijan but is de facto administered by ethnic Armenians, South China Morning Post writes in the article Why Russia’s hands are tied in Nagorno-Karabakh conflict. While reported death tolls have been contested by both sides, Russia’s President Vladimir Putin said last Thursday about 5,000 people had died since fighting erupted again.

Russia, which has a long-standing strategic interest in the region and shares part of its southern border with Azerbaijan, has stepped in as mediator. Kremlin officials moved quickly to invite diplomats from both countries for ceasefire negotiations, resulting in two deals brokered on October 10 and  18  that were each broken within hours of being signed. A new series of talks, this time taking place in Washington last weekend, resulted in a third ceasefire that was broken on Monday.

Hostilities died down with a Moscow-brokered ceasefire in 1994, but no official peace treaty was settled upon and the conflict was effectively frozen. By then, up to 30,000 had died and over a million civilians were displaced on both sides. Russia continued its involvement in ongoing negotiations by taking part as co-chair (along with France and the United States) of the OSCE Minsk Group, which developed a set of peace proposals called the Madrid Principles. These stipulated the return of the territories surrounding Nagorno-Karabakh to Azerbaijanian control while providing Artsakh a special, interim status. A corridor to Armenia would also be provided. The proposal, however, met with resistance and failed to produce a settlement.

While some signs of rapprochement emerged in 2018, relations between the two countries soured and tensions are now higher than at any point since the 1990s. Russia has promoted itself an active partner in the stalled peace process, though its capacities as a mediator have often been contested by Azerbaijan. Russia and Armenia are part of the Collective Security Treaty Organization (CSTO), a Nato-like military alliance that considers an attack on one of its members as an attack upon all of them. Putin has since affirmed that its security guarantees to Armenia do not extend to Nagorno-Karabakh. What’s more, Armenia has worsened relations with Russia after the recent ‘Velvet Revolution’” of 2018, which saw a pro-European coalition take power under the leadership of Prime Minister Nikol Pashinyan. This pushed the smaller nation further away from the Moscow-orchestrated Eurasian Economic Union (EEU). Pashinyan has made several unforgivable decisions against the CSTO.

In the meantime, the international community has declared its support for the Moscow-brokered ceasefires, the latest of which involved the presence of the Red Cross. Members of the UN Security Council, of which Russia is a permanent member, have urged sides to respect the agreements. Representatives of Armenia and Azerbaijan declared their readiness on Monday to return to Moscow for continued talks on Thursday, but this week’s failed Washington-brokered ceasefire may signal a pivot away from Moscow. Peace remains the official agenda according to Russian Foreign Minister Sergey Lavrov. “We stand by our viewpoint,” he said at a press conference this month. “A peaceful settlement is not only possible, it remains the only way.”

What hinders the post-conflict settlement between Baku and Yerevan

Why are dselimitation and demarcation of state boundaries between Armenia and Azerbaijan essential?

Alexei Venediktov: “There’s still no answer to the painful question about the Iskander missiles”