The embassy of the Republic of Azerbaijan in the Russian Federation hosted an event dedicated to the 26th anniversary of the January 20th tragedy in Baku. On the night from January 19th to 20th 1990 132 people were killed, 612 were injured, 841 were illegally arrested. Russian public activists and ambassadors of foreign states laid flowers at the bas-relief of Azerbaijan's all-national leader Heydar Aliyev and the plinth with a list of the victims of the tragedy.

“Completely innocent people, not politicians, not military, just ordinary citizens of Baku, were attacked. Women, children, elderly people died. This day will forever remain in the memory of the Azerbaijani people as 'Black January'. 26 years have passed, but every year people come to the Alley of Martyrs in Baku to pay tribute to the memory of the deceased,” the Extraordinary and Plenipotentiary Ambassador of the Republic of Azerbaijan to Russia, Polad Bulbuloglu, told Vestnik Kavkaza. 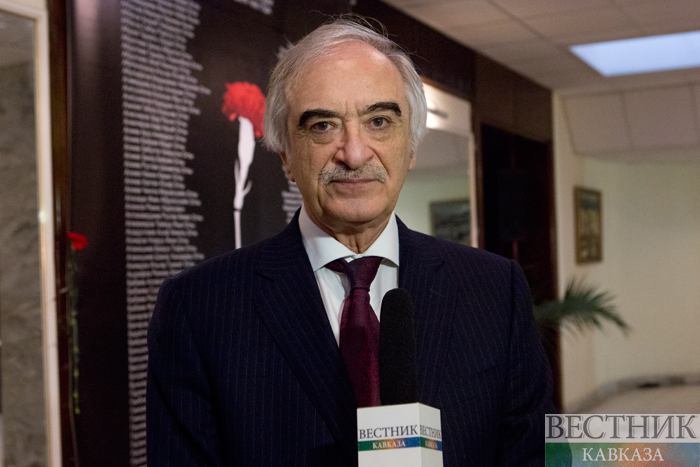 According to him, the diplomatic offices of Azerbaijan in many countries mark this day of remembrance as well. “Today, in the Azerbaijani embassy in the Russian Federation, this event was held, we put up lists of the victims. We are doing this to ensure that people do not forget about the terrible tragedy. To ensure that such tragedies will never happen again. And this building, and this place in Leontief Lane, is especially valuable, because on the next day, January 21st 1990, the foremost leader of the Azerbaijani people, then discharged from all his work, came to the then-Permanent Mission of Azerbaijan and gave a political assessment of what was happening, calling it a crime. It was during Soviet times, when the repressive apparatus of the Soviet Union was still in force, and it was necessary to have tremendous courage to call all things by their names. And, at the time, Heydar Aliyev had this courage. And that is why the embassy has a memorial plaque about this memorable day, and that is why today, too, the people remember their outstanding national leader, Heydar Aliyev, with deep gratitude,” Polad Bulbuloglu said.