Yesterday, the Syrian government troops established full control of the Jabal al-Tar strategic heights over Palmyra. The operation to seize Palmyra was carried out with the support of the Russian air task force. A year ago, the Syrian troops liberated the city, but in December 2016, Palmyra was recaptured by extremists. The intra-Syrian talks under UN auspices that resumed on February 23 are ongoing in Geneva, but after the first several days of intra-Syrian dialogue, the Russian government says with regret that there are still question marks the willingness of Syrian opposition representatives to negotiate an agreement.

According to the official representative of the Russian Foreign Ministry Maria Zakharova, the so-called High Negotiations Committee of Riyadh is refusing to engage with the Moscow and Cairo platforms, effectively sabotaging comprehensive dialogue both with the Syrian Government delegation and with different opposition groups. Meanwhile, Moscow is committed to advancing the Astana process, which was originally meant to support the Geneva negotiating process. "We are ready for new participants to join this track, including Syrian armed opposition groups that wield real influence on the ground and will be willing to make a constructive contribution to the Syria peace process," Zakharova said. 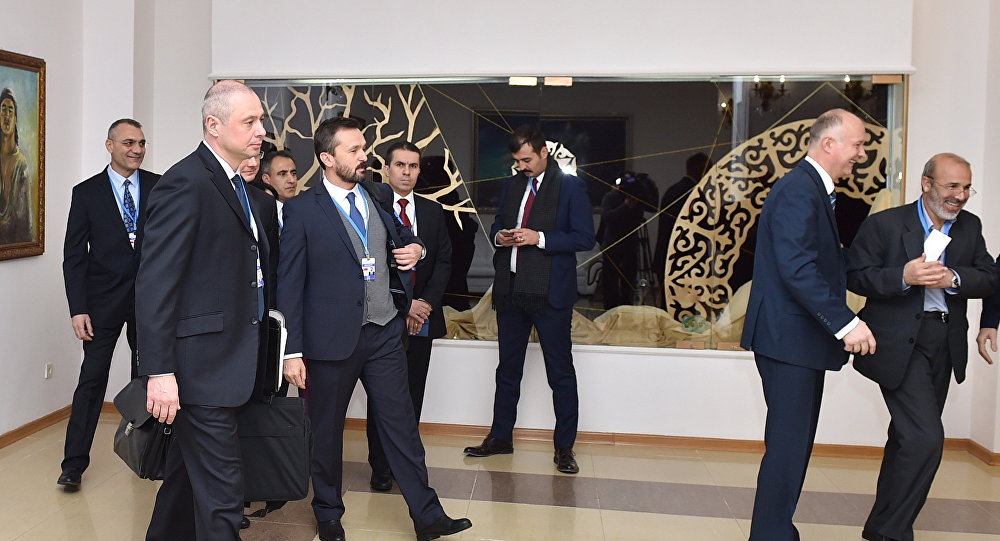 According to her, at present, the military and political situation in Syria remains tense. Over the past several days, terrorist groups have carried out a series of major terrorist attacks and provocations. On February 24, ISIS militants, in retaliation for the loss of al-Bab, detonated a car bomb outside the Free Syrian Army headquarters in the village of Sousian, Aleppo Province, eight kilometres from the city, killing about 80 people. On February 24, an ISIS rocket and mortar attack disabled the Ebla gas plant in the east of Homs Province that supplied fuel to local thermal power plants. As a result, the local authorities had to significantly extend the duration of rolling outages in Damascus and other major cities. On February 25, six Jabhat al-Nusra suicide bombers almost simultaneously blew themselves in the city of Homs, in the Mahatta and Ghouta districts near Syrian special services buildings, killing over 50 and seriously injuring about 30.

The Syrian armed forces are continuing the counterterrorist operation in al-Kabun, eastern Damascus, and the adjacent district of Tishreen. The Syrian military are determined to take out the al-Nusra militants who have entrenched themselves there, regularly shelling Damascus from their positions. The campaign also aims to destroy the extensive network of tunnels leading to eastern Ghouta that terrorists use to supply ammunition and reinforcements.