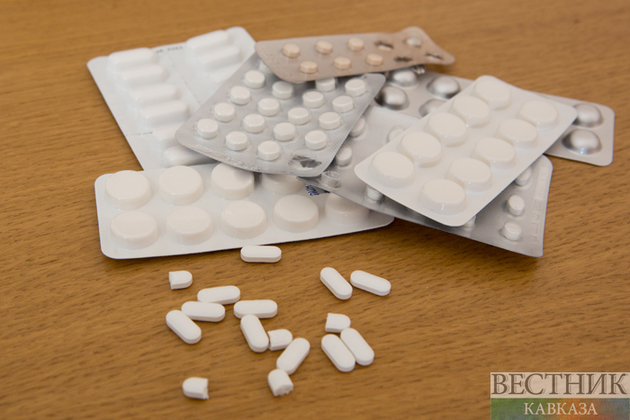 Cases of a mystery hepatitis virus in Europe and the U.S. are causing concern among international health bodies, following a sharp rise in reports of liver inflation among British children earlier this month.

As CGTN writes that Denmark, Ireland, the Netherlands and Spain have now all reported cases of children under 10 suffering from an uncommon hepatitis virus. In several cases, children have needed liver transplants. "At present, the exact cause of hepatitis in these children remains unknown," said the European Center for Disease Control (ECDC), adding that investigations were ongoing in all countries reporting cases.

Hepatitis is the medical terms for an inflammation of the liver, a vital organ for processing nutrients, filtering blood, and fighting infections.  Most often caused by a virus, symptoms can include fever, fatigue, loss of appetite, nausea, vomiting, abdominal pain, dark urine, light-colored stools, joint pain and jaundice. While different types of hepatitis have similar symptoms and effects on the liver, the severity and duration of the disease is decided by the type of virus. Effects range from a mild illness, lasting a few weeks, to a serious, life-long condition, and can in some cases culminate in death.

Where and when did the current spike start?

On April 5, Scotland reported an increase in acute hepatitis cases of an unknown virus type among previously healthy children under the age of 10. Cases then started to spread around the UK, which is currently reporting the highest number in Europe, with a total of 74. Most cases have affected children aged two to five. Some have suffered acute liver failure and a "small number have required liver transplantation," according to the UK Health Security Agency (UKHSA). The ECDC has not specified how many cases have been found in the four European countries so far, but the WHO said fewer than five had been discovered in Ireland, and three in Spain. In the U.S. nine cases have been found in children aged one to six years old in the state of Alabama, with two needing liver transplants.

What are the possible causes?

What is different about this outbreak is that cases have so far not been linked to the more common hepatitis viruses, so scientists are considering alternative possible causes, including other viral infections. The UK's health body says that one of a number of potential causes under investigation is that a group of viruses called adenoviruses may be causing the illnesses.

Adenoviruses are a family of common viruses, passed by touch, that usually cause a range of mild illnesses and symptoms, including colds, vomiting and diarrhea.  While they don't typically cause hepatitis, it is a known rare complication of the virus.

UKHSA added that other infections and environmental causes were being investigated, including COVID-19. However, it stressed there was no relationship to coronavirus inoculations, with none of the currently confirmed cases in the UK vaccinated. "No link to the COVID-19 vaccine was identified and detailed information collected through a questionnaire to cases about food, drink and personal habits failed to identify any common exposure," the ECDC said.

What is being done about it?

The WHO and the EU's health agency have warned other countries to be on the alert and asked them to report any such cases. Civilians are also being asked to be vigilant with Dr Meera Chand, director of Clinical and Emerging Infections at UKHSA, calling on parents and guardians "to be alert to the signs of hepatitis – including jaundice – and to contact a healthcare professional if they are concerned." She goes on to recommend regular hygiene measures such as good hand-washing and respiratory hygiene to help to reduce the spread of many of the infections that we are investigating.

The UN's health agency said that considering the spike in cases and growing surveillance, it was "very likely" more cases would be found before the cause of the outbreak was identified.

Why do kids hate going to sleep, while adults usually love it?