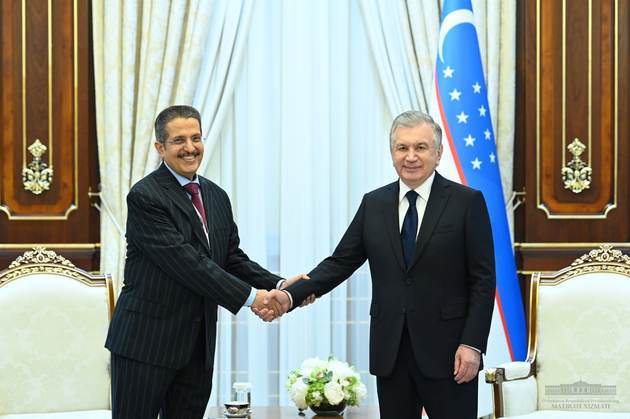 Saudi Arabia and Uzbekistan reiterated their commitment to strengthening bilateral relations in a meeting between Ismatilla Ergashev, the special envoy of Uzbek President Shavkat Mirziyoyev, and Saudi Fund for Development CEO Sultan Abdulrahman Al-Marshad in Riyadh. The visit focused on reviewing the development projects and programs funded by SFD in the central Asian country. According to the Saudi Press Agency, the two sides reviewed development topics of common interest and discussed possible opportunities for development projects in Uzbekistan.

Arab News reports that the SFD has supported the government of Uzbekistan with several development loans. It has contributed to financing the implementation of 11 projects across several sectors, including health, education, roads, irrigation, drinking water and housing, with a total amount of $276 million.

Five projects have been completed, and six are underway. In 2011, Uzbekistan and the SDF inked a deal to finance the work on the reconstruction of the Guzar-Chim-Kukdala highway. The fund allocated $30 million for this project.

Bilateral relations between the two nations received a considerable boost when Crown Prince Mohammed bin Salman received President Shavkat Mirziyoyev in Jeddah in August. During the meeting, the two nations inked several deals worth over SR45 billion ($12 billion), including a wind project in Uzbekistan by ACWA Power.

The agreements also covered a range of investment sectors, including air transport services, livestock, agriculture, sports, education, science, media, energy and technology. “There has also been a significant emphasis on economic ties between the two countries. An excellent example of this affiliation is between the Saudi company ACWA Power and the Ministry of Investments and Foreign Trade of Uzbekistan, which envisaged designing, financing, building, and operating a thermal power plant for 25 years,” Komil Rashidov, a professor of international law at the University of World Economy and Diplomacy said in an article written for Arab News to mark the meeting.

As part of the project, ACWA Power will attract $1.2 billion in direct investment and create more than 1,000 jobs during the construction and operation phases. Additionally, the power plant will produce 12 billion kilowatt-hours of additional electricity annually. This facility will be commissioned in the fourth quarter of 2023.