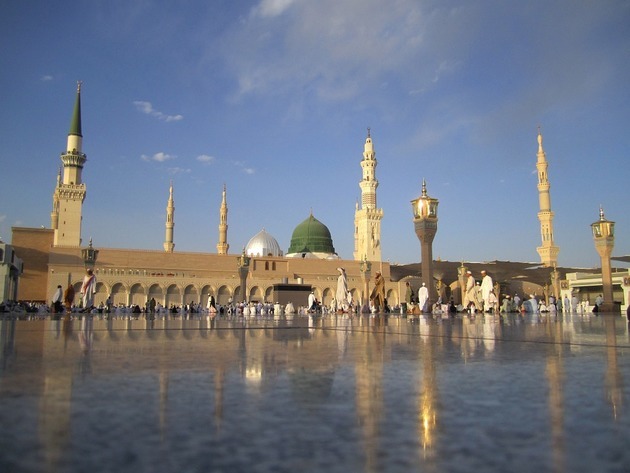 Saudi Arabia's de facto ruler, Mohammed bin Salman, said he sees Israel as a "potential ally" with shared interests, not an enemy, Middle East Eye writes. "We don't look at Israel as an enemy," the crown prince said.  "We look to them as a potential ally, with many interests that we can pursue together. But we have to solve some issues before we get to that."

The statement marked a subtle shift from the official Saudi line, which has long held that Israel and Saudi Arabia could establish relations once it resolves its conflict with the Palestinians, but perhaps not a friendship. Yet despite the absence of official ties, Saudi Arabia agreed in 2020 to allow Israel-UAE flights to cross its territory. Israeli Prime Minister Naftali Bennett's El Al Israel Airlines plane flew through Saudi airspace when he visited Abu Dhabi in December.

Speaking on normalisation deals with Israel that Gulf countries Bahrain and the United Arab Emirates (UAE) signed in 2020, bin Salman said each country had the right to do what it deemed useful. "Each country has independence to do whatever they want, based on their views, and they have a total right to do whatever they think that's useful for the UAE," MBS said, commenting on a recent visit by Israel's Prime Minister Naftali Bennett to Abu Dhabi. Saudi Arabia has long conditioned any eventual normalisation with Israel on resolving the Israeli-Palestinian conflict and restoring Palestinian rights.

Iran is a neighbour forever

Answering questions about Saudi Arabia's relationships with regional foe Iran, Bin Salman said the kingdom intends to continue "detailed talks" with Tehran to reach a satisfactory agreement for both. He said direct talks with Iran would enable reaching "a good situation and mark a bright future" for both regional powers, which have been locked in a rivalry playing out in conflicts across the Middle East. "Iran is a neighbour forever. We cannot get rid of them and they cannot get rid of us," the Saudi state news agency cited him as saying.

His comments come as indirect US-Iran talks in Vienna move closer to reviving a 2015 nuclear pact that curbed Tehran's nuclear programme in exchange for sanctions relief. Riyadh and its Gulf allies had seen the pact as flawed for not addressing their concerns over Iran's ballistic missiles programme and network of proxies, including in Yemen where Saudi Arabia is embroiled in a costly war against Tehran-aligned Houthi rebels. "We do not want to see a weak nuclear deal because the result will be the same in the end," the prince said.

Saudi Arabia and Iran launched talks last year hosted by Iraq. The aim was to contain tensions that spiked in 2019 after an assault on Saudi oil plants which Riyadh blamed on Iran, a charge Tehran denies. Saudi Arabia's foreign minister said last month that the kingdom was looking to schedule a fifth round of talks despite a "lack of substantive progress" so far, and urged Tehran to change its behaviour.