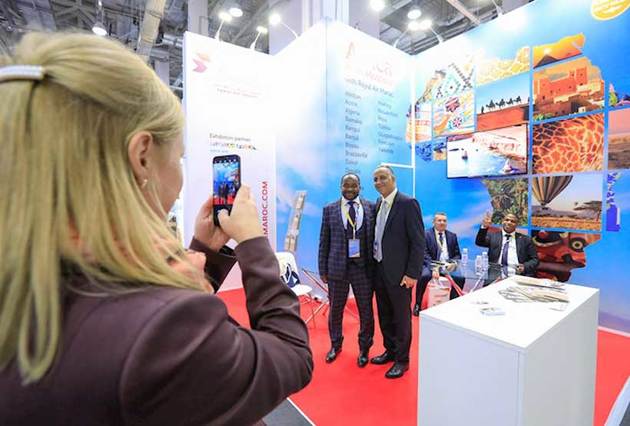 Ahead of the upcoming second Russia-Africa summit, scheduled for October-November 2022 in Addis Ababa, Ethiopia, the Coordination Council established under the aegis of the Secretariat of the Russia-Africa Partnership Forum (RAPF), has held its third meeting in the format of a videoconference.

As Modern Diplomacy writes, during the meeting, the participants discussed preparations for the second Russia-Africa summit and its concept as well as targets and a list of events for the 2022 summit. The Coordination Council members deliberated the status of preparatory works and plans for the near future, and the most significant emerging issues necessary for enhancing the entire relations between Russia and Africa.

Ultimately, they supported most of the suggestions put forward during the meeting. Among other topics of the meeting were improving mechanisms for existing and planned projects with African partners that would use domestic and international experience, as well as developing road maps for cooperation.

Based on the results of the discussion, it was decided to approve in general the draft concept, organizational and financial scheme for the second Russia-Africa summit, as well as to finalize and approve its target indicators as soon as possible.

Vsevolod Tkachenko, Director of the Africa Department of the Russian Foreign Ministry, reminded the meeting that “African partners now expect concrete deeds, maximum substantive ideas and useful proposals” and show significant initiatives beyond rhetoric, so the current task is to demonstrate substantially to the African side. Over the past years, so many agreements and memoranda of understanding have been signed, so many pledges and promises have been made to African countries.

Since the basis of the summit remains the economic interaction between Russia and Africa, “the ideas currently being worked out on new possible instruments to encourage Russian exports to Africa, Russian investments to the continent, such as a fund to support direct investment in Africa, all these deserve special attention,” Tkachenko said.

Oleg Ozerov, Head of the Secretariat of the Russia-Africa Partnership Forum (RAPF), noted that African partners emphasize the importance of Russia’s participation in agricultural and industrial sectors, major infrastructure development projects (including Russia’s participation in the continental ten-year program of the African Union), energy development, agriculture, mining complex and digitalization.

With increasing interest in Africa, there are unprecedented number of meetings, urging stakeholders, representatives of Russian ministries and departments, leading Russian companies and business organizations for support and participation. Russian companies are keen to explore opportunities, but slow in implementing whatever agreements signed with Africa. There is also summit declaration, which is a comprehensive working document, since 2019 from Sochi, Russia.

Early June, Russia-Africa dialogue, another gathering aimed at business networking to fill some gaps, intensifying policy discussions and consultations, was held during on sideline of the St. Petersburg International Economic Forum as suggested by Russian Minister of Foreign Affairs Sergey Lavrov.

During that meeting, the discussions centered on identifying pathways, the necessary groundworks for scaling-up the weak economic presence in Africa. Existing opportunities in sectors as energy, high technology, agriculture, industry and tourism questions were again talk-shopped. As a matter of routine interactions, participants spoke extensively calling for practical steps in creating fundamental mechanisms to support Russian business in Africa. Nevertheless, there is a re-awakening to the practical reality on how to build a broader economic influence in Africa.

Alexander Saltanov, former Deputy Foreign Affairs Minister and now Chairman of the Association of Economic Cooperation with African States, acknowledges that African countries no longer know as much about Russia as they did about the Soviet Union. With several years of accumulated work experience at the Foreign Ministry, he is back in the driving chair, gearing to make a notable significant change by launching a common information space project between Russia and Africa. A full-scale presentation of this project scheduled in October.

Saltanov has been advocating for business in the form of public-private partnerships in several countries or regions of Africa, and reiterated the need for state support for Russian companies as it is crucial for making a real practical breakthrough on the African continent – and in this sense, it is a useful idea creating Direct Investment Fund.

Russia has maintained an effective bilateral political dialogue, but its economic influence is weak, most them still at the planning stage, with many African countries. Rapidly growing Africa is a promising market for Russian companies too. While most of them have shown interest in business collaboration, the commonest complaints are inadequate support system – both from the state and financial institutions.

While the Russian Ministry of Foreign Affairs has approved the draft concept for the second summit, Russian NGOs have, on their part, still pushing for a diverse set of initiatives aim at enhancing ties. Coordination Committee for Economic Cooperation with African countries, established in 2009, has now proposed, among others, the creating of a fund to support Russian business in Africa.

The conditions that are opening up for Russian business today – they are not quite the same as those for businessmen from France, the European Union, India, or China, according to Senator Igor Morozov, Member of the Committee for Economy Policy of the Federation Council of the Russian Federation and Chairman of the Coordination Committee on Economic Cooperation with Africa.

Senator Morozov has stressed the expediency to continue researching opportunities and take steps for improving Russia’s competitive edge and, on the other hand, to take advantage of the new window – the African Continental Free Trade Area (AfCFTA).

In a report issued at the end of SPIEF’21, Adviser to the President of the Russian Federation Anton Kobyakov held a meeting with Ambassador Extraordinary and Plenipotentiary of the Arab Republic of Egypt to Russia Ihab Talaat Nasr in Moscow. During the meeting, both discussed, among other topics, plans for preparation for the Russia-Africa summit.

“We highly appreciate Egypt’s contribution to the holding of the first Russia-Africa summit in 2019 chaired by the leaders of Russia and Egypt. We are already starting preparations for the next summit that is to take place in October-November 2022 in one of African countries, and in this matter we also count on Egypt’s friendly assistance,” noted Adviser to the President of the Russian Federation Anton Kobyakov.

According to official reports, the Secretariat of the Russia-Africa Partnership Forum (RAPF) created as a new mechanism for dialoguing aspects of multifaceted cooperation between Russia and Africa. It oversees the organizational and practical preparations of new initiatives and coordinates efforts on preparing for regular summits, every three years, as part of the joint declaration, in Sochi, Russia.