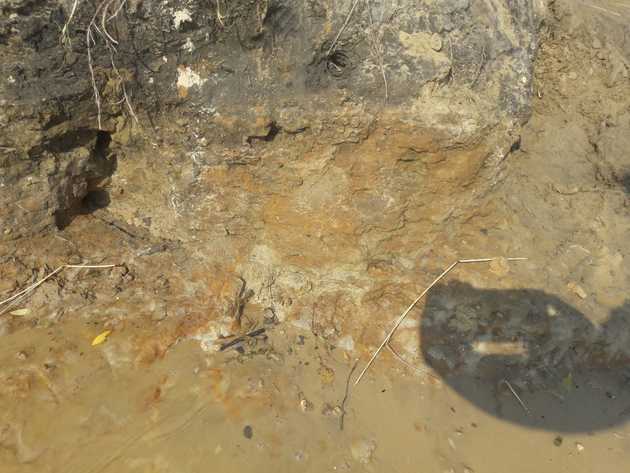 The Taliban* have launched construction work on a tourism complex just metres from the cliff that held the Bamiyan Buddha statues, which archeologists and experts warn could cause permanent damage to the sensitive world heritage site, The Guardian writes.

The project aims to “rebuild” a historic bazaar, which was destroyed in the civil war of the 1990s. Under the Taliban* blueprint, the area will become a tourism centre with restaurants, guesthouses, parking, public toilets and handicraft and grocery shops.

But the ruined bazaar is itself a historic site that may sit on top of older ruins, and it is also close to the fragile cliff of Buddhist monastery caves that is one of Afghanistan’s greatest treasures. “This old bazaar is in the archaeological buffer zone of the world heritage site and Unesco [the UN agency that manages the listings] has never been in favour of reusing this place,” said a diplomat with expertise in heritage issues in Afghanistan, who asked to remain anonymous. “On the contrary, these buildings are located in the middle of an archaeological zone, and the buildings themselves are in some way part of the late 19th- and early 20th-century heritage and therefore their reconstruction is sensitive.”

In 2001, the Taliban* destroyed two giant statues that had towered over the valley for more than a millennium, but the niches where they stood, and surviving cave frescos and other remains still make the site one of global importance.

The main road through Bamiyan was re-routed years ago to limit vibrations and fumes from traffic. This new plan would bring a heavy influx of people and vehicles back into a fragile area, officially designated a protected zone.

“The caravanserai should be used as guesthouses, for people [tourists] to stay overnight, and as exhibition places for local handicrafts, for provision of public toilets and parking,” said Mawlawi Saifurrahman Mohammadi, the provincial director for information and culture. “The shops will be handicraft shops that can only sell local products, grocery shops, tailoring and embroidery shops, traditional restaurants and tea shops.” He was speaking at an inauguration event where top Taliban* officials including Bamiyan governor Abdullah Sarhadi gave speeches, cut a ribbon and placed symbolic red-wrapped foundation stones for new buildings in a recently dug trench.

Mohammadi said over 20 strict building controls had been fixed to respect the sensitive nature of the site. They include limiting buildings to a single storey, restricting the use of concrete for drains and pavements, and controlling the type of stones and plaster used. He said the project had been signed off by Unesco, the United Nations educational, scientific and cultural agency. “[The central government] negotiated with Unesco and they sent us back a guideline on how to do it.” But Unesco, which monitors world heritage sites and has been working at Bamiyan for decades, said it had not been consulted on the project, and had not given its approval to rebuilding the bazaar. It warned in a statement that the building could affect conservation work.

“Unesco has neither requested nor been associated with this project, which is located in the heart of the archaeological zone and could be problematic for the proper conservation of the world heritage site,” it said in a statement.

Heritage experts from Bamiyan also said they were alarmed at the destructive potential of the plan. “This is a very restricted area, nobody is allowed to do any construction here, but the Taliban* have decided to rebuild,” said one official who asked not to be named criticising the government. “I worked here in the past and I know the value of the site.

Sarhadi said he decided to launch the reconstruction after the owners of the shops came to petition him. They said they had effectively been robbed of their land when it was marked a heritage area and rebuilding banned. “We should not let people have their land taken away here,” he said. “People could not get their [rightful] property, now it’s time they get it back.”

In tacit recognition of the area’s potential archeological value however, Mohammadi said the government would reserve the right to reclaim the bazaar area for archeological excavation in future.

Taliban* is the organization banned in the Russian Federation

UNESCO calls for the protection of cultural heritage in Afghanistan