Three issues on which Russia to never agree with PACE 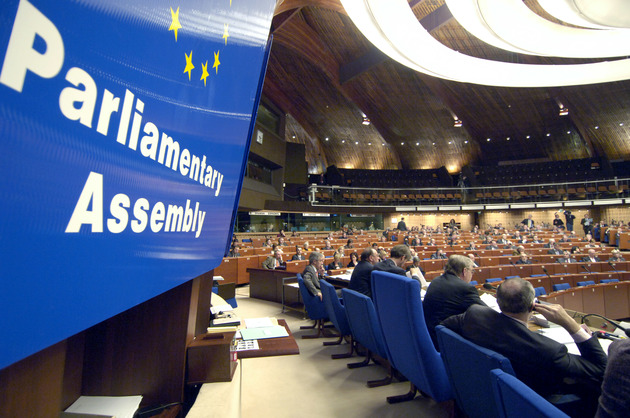 On the year that marks the 75th anniversary of victory in World War II, the Russian delegation initiated a declaration on the impermissibility of the revision of World War II results. The declaration was supported by the representatives of 17 countries. It was signed by about 80 MPs. "It is open for signing, and I’m sure that by Victory Day, we will already have a large pool of European politicians who agree that any attempt to revise the Nuremberg Tribunal's decisions in Europe is nothing more than a crime against history and against future generations," Tolstoy said.

The events to mark the 75th anniversary of the liberation of Auschwitz were also held during the session. "In addition to the PACE chairman, no speaker said that Auschwitz was liberated by the Red Army. That's how they presented the events of 75 years ago! Naturally, we will continue to resist such attempts to dilute history. They (many PACE participants - VK) don’t want to acknowledge which country won World War II with a little help from the allies, which country freed Europe from fascism. It takes time for Europeans to understand it. We will work through this.

"The Russian delegation's work at the most extensive European parliamentary venue in early 2020 was quite productive and successful, since it was possible to confirm the credentials of the delegation. They were disputed by a number of demonizers of Russia. This formal regulatory process of the Parliamentary Assembly took a lot of time. In my face, Russia now has a representative at the PACE Bureau, where the agenda for future meetings is adopted. We are now fully integrated in the work of the Parliamentary Assembly. I wish it could be more, but for now this is the first and important step," Tolstoy said.

"It was seen in Ukraine as a terrible defeat for Kiev. I don’t understand why it is the defeat. It seems to me that Ukraine only benefited from this. On our way to Strasbourg, we heard a lot of comments about the new Ukrainian delegation, which will organize its work in a completely different way, that these are [President of Ukraine Vladimir] Zelensky's people, from the grassroots, etc. Unfortunately, nothing of this happened, and the rudeness continues with regard to the Russian delegation. The style chosen by Ukrainians, Balts, Poles, British with respect to Russia in PACE, the style of extremely negative, hostile and biased accusations was continued at the Parliamentary Assembly this year," the head of the Russian delegation complained.

"Being actively engage in the work of all committees and commissions, our delegation offered a convincing rebuff to all attempts to blame us. But apparently, no change for the better or any other attitude to our country, apparently, should be expected. The same applies to the mood of MPs, which received distorted information about Russia for many years in the absence of the Russian delegation and were saturated with misinformation about what is really happening in southeast Ukraine, in Crimea and Russia as a whole. There are a lot of declarations in this regard. All of them are advisory in nature, but we will not tolerate this, we will continue to work to bring the truth to people," Tolstoy promised.

"We were asked a huge number of questions in connection with the political processes inside Russia. This is a message from the president, during which the head of state’s ideas on amendments to the Constitution were announced. The State Duma adopted the bill on amendments to Constitution in the first reading. Ill-wishers accused us of not complying with the decisions of international bodies in the future, of leaving the international legal system. That is not the case. The legal protection of Russian citizens will not be changed. 99% of decisions of the European Court of Human Rights will be implemented in Russia, as it is today ," the Vice-Speaker stressed.

He focused on those issues on which the Russian delegation would never agree with the Council of Europe: "This is the Crimea issue, which has been and will be a part of Russia, that's it, it is part of our Constitution. This is the topic of giving separate rights for people of a non-traditional orientation - everything LGBT-related. As well as a number of politicized decisions of the European Court of Human Rights taken at the time of Russia's prolonged absence in the Parliamentary Assembly, therefore the legitimacy of these decisions for us is also questionable."

Pyotr Tolstoy about relations with Azerbaijan