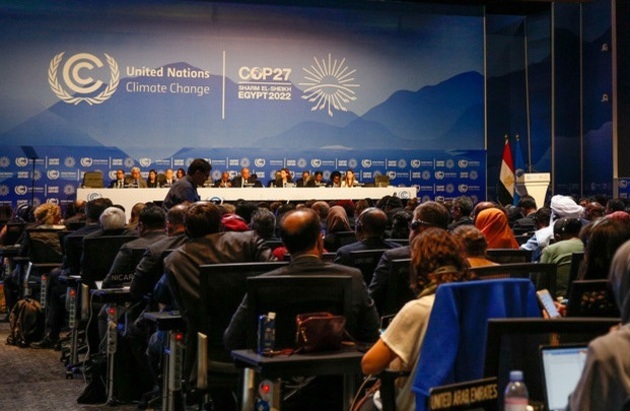 As countries gathered to renew their commitment to fighting the impact of climate change at the COP27 Summit in Egypt, Türkiye took upon the challenge and updated emission reduction plans, Daily Sabah writes.

Under Türkiye’s new plan to help tackle climate change, it has nearly doubled the key metric of its nationally determined contribution (NDC) target to 41%, the country's environment minister announced on Tuesday. Speaking to reporters in Sharm al-Sheikh, Egypt, where he attended the summit, Minister of Environment, Urban Planning and Climate Change Murat Kurum announced the update to Türkiye's targets for the year 2030. From an aim of reducing carbon emissions by 21%, "we're committing almost twice that," said Kurum, with a new target of a 41% reduction. Kurum also said that Türkiye has officially submitted its bid to host the U.N. climate summit COP31 in 2026.

Türkiye's emissions stood at 530 million tons of carbon dioxide in 2020, representing a 1% share of global emissions. The electricity sector accounted for 24.1% of total emissions followed by the manufacturing sector at 21.2%. Transportation recorded 15.8%, buildings held a 13.8% share and waste 11.1%. The agricultural sector was responsible for 9.3% of emissions and the remaining 4.7% stemmed from the shipping, oil and gas sectors in Türkiye.