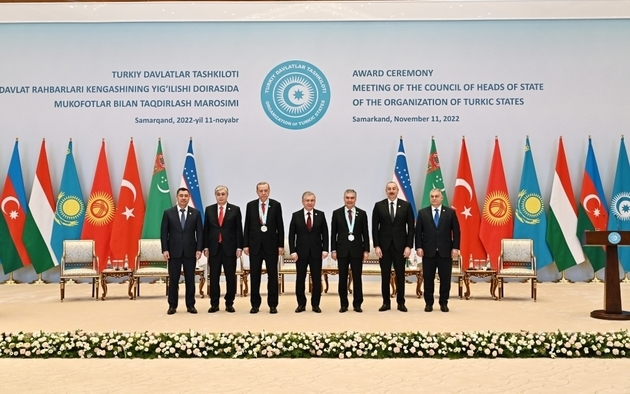 Daily Sabah reports that Turkmenistan is an observer member of the OTS, which is an interstate bloc, established with the aim of expanding cooperation between Turkic-speaking countries in the fields of politics, economics, science, education, transport and tourism. The members of the organization are Azerbaijan, Kazakhstan, Kyrgyzstan, Türkiye and Uzbekistan. Hungary and Turkmenistan have observer status in the organization.

The group could expand further if Turkmenistan becomes a fully-fledged member – an expansion announced by Türkiye's Foreign Ministry but not confirmed by Ashgabat. If Turkmenistan does join, the union set up in 2009 will incorporate all the Central Asian countries that speak languages in the Turkic language family.

In addition, the top Turkish diplomat stated that Meredov, who has been serving as Turkmenistan's Foreign Minister for 21 years, is one of the most experienced ministers in the world, and noted that some regional issues and bilateral relations were discussed in the bilateral meeting.

Finally, the Turkish top diplomat emphasized that mutual visits between the two countries are also planned. He said that the preparations for the Türkiye-Azerbaijan-Turkmenistan trilateral summit to be held in Avaza were discussed. He also stated that the President of Turkmenistan Serdar Berdymukhamedov will visit Türkiye at the beginning of next year.

Türkiye is the first country that recognized Turkmenistan, on Oct. 27, 1991, following the dissolution of the Soviet Union and to open its embassy in Ashgabat on Feb. 29, 1992. Türkiye also supports Turkmenistan’s permanent neutral status. Bound by a common history, language, religion and culture, the two countries enjoy balanced special relations based on mutual respect, cooperation and the principle of “One Nation, Two States.” The two countries are cooperating in the fields of foreign policy, trade, economy, culture and education.