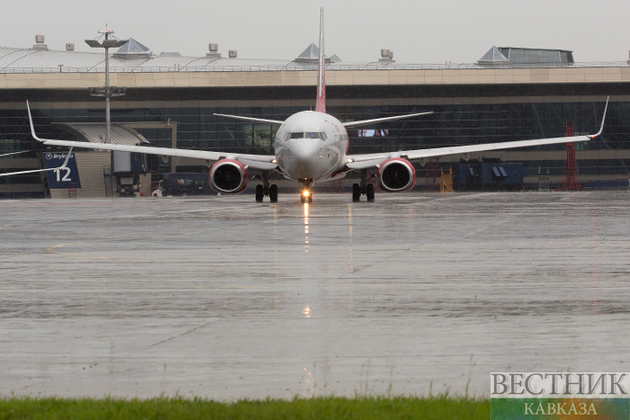 Turkey aims to increase the number of airports from the current 57 in the country to 61 by 2053, while the number of passengers traveling by air is expected to reach over 200 million annually.

Daily Sabah reports that the country has already been dubbed as an important air transport hub for Europe, western Asia and Africa in terms of both passenger and freight traffic. Planning to develop the airport network to reach the target, the country is initially aiming to complete the ongoing construction of the Çukurova, Rize-Artvin, Bayburt-Gümüşhane and Yozgat airports, according to an Anadolu Agency (AA) report Monday that referred to the "Transportation 2053 Vision" report prepared within the scope of the Transport and Logistics Master Plan.

Some 87% of the superstructure construction of Rize-Artvin Airport in the Black Sea region, which is the second airport in Turkey being built with the sea embarkment method, has already been completed. The work on the airport was started by the Ministry of Transport and Infrastructure on April 3, 2017.

Test flights are also scheduled to start in April. In addition, the report envisaged that the Esenboğa airport in the capital Ankara, Antalya Airport in the Mediterranean coastal city and Trabzon airport on the Black Sea will be expanded, while the second phase of Istanbul’s mega airport will also be completed.

In this process, emission monitoring, reporting and verification infrastructure will be established and carbon emissions will be strategically managed. Environmentally friendly biofuels and synthetic fuels will be used in air transport. The development of regional air cargo transportation is also among the targets. According to the latest data, the number of passengers transiting through airports in Turkey climbed over 67% from January through March as travel rebounds following the COVID-19 pandemic-induced fallout.

Some 29.66 million passengers, including transit passengers, traveled through the Turkish airports in the first quarter of the year, a 67.7% year-over-year increase, according to Transport and Infrastructure Ministry data.

According to General Directorate of the State Airports Authority (DHMI) data, 17.68 million passengers were served in the first quarter of 2021. The figure was around 33.6 million in the same period of 2022, before the outbreak of the coronavirus triggered curfews and travel curbs. Meanwhile, Istanbul Airport, has claimed the title of Europe's busiest airport for 2021 for the second consecutive year.

The mega airport handled nearly 37 million passengers last year despite disruptions caused by the pandemic, according to data compiled from the Airports Council International Europe (ACI Europe), making it Europe’s busiest for the second year running.

The passenger traffic at the airport was still 46% lower compared to pre-pandemic 2019 levels. Istanbul Airport fully took over operations from the old Atatürk Airport as the new hub for national flag carrier Turkish Airlines (THY) in 2019.