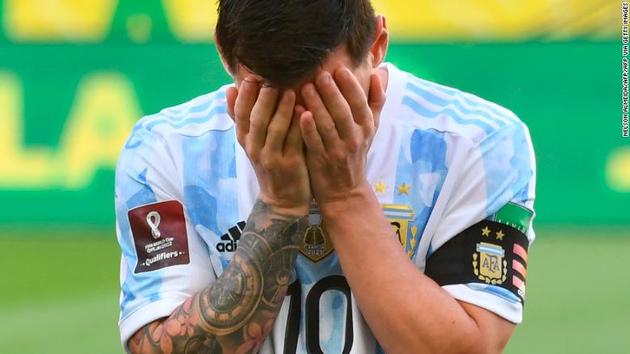 The World Cup qualifier between Brazil and Argentina was suspended minutes after kick-off at the Corinthians Arena in São Paulo, Brazil after Brazilian health officials came onto the pitch and escorted multiple Argentinian soccer players away. The Brazilian Health Regulatory Agency (Anvisa) had requested support from the country's Federal Police to prevent four Argentinian players from participating in the qualifier, saying that the players in question made false statements upon arriving in Brazil, omitting that they had been in the UK in the past 14 days, CNN writes.

According to Brazilian Covid-19 regulations, any passenger who visited the UK 14 days before arrival cannot enter the country. "Anvisa considers the situation as a serious health risk, and therefore advised the local health authorities to determine the immediate quarantine of players, who are prevented from participating in any activity and must be prevented from remaining in Brazilian territory," the organization said in a statement. According to CNN affiliate CNN Brasil, Anvisa asked for the deportation of Emiliano Martínez, Emiliano Buendía, Giovani Lo Celso and Cristian Romero -- all English Premier League players.

"Due to the decision of the game's referee, the match organized by FIFA between Brazil and Argentina for the World Cup qualifiers is suspended," CONMEBOL announced via Twitter. CONMEBOL continued, "The referee and the match delegate will raise a report to FIFA's Disciplinary Committee, which will determine the steps to follow. These proceedings will abide adhere to current regulations."

FIFA confirmed on Twitter that the match had been suspended and that further details would "follow in due course."  Argentinian Football Association (AFA) president Claudio Tapia released a statement saying, "What happened today is really unfortunate for football, it's a very bad image. Four people came on to interrupt the match to make a statement and CONMEBOL asked that the players go to the dressing room.

"Here, you can't speak about any lying because there's a health legislation that regulates every South American tournament. The health authorities of each country approved a protocol which we followed to the letter." Argentinian national team manager Lionel Scaloni added that the events that transpired made him "very sad" and that both teams wanted to play the match. "This makes me very sad. I'm not looking for any guilty party," Scaloni said in the statement, "Whether something happened or didn't happen, it wasn't the right moment to make that intervention." "It should have been a party for all involved, to enjoy the best players in the world. I would like that the Argentinian people understand that, as head coach, I have to defend my players," Scaloni said. "At no moment did they notify us that that couldn't play the match. We wanted to play the match, and so did the Brazil players." 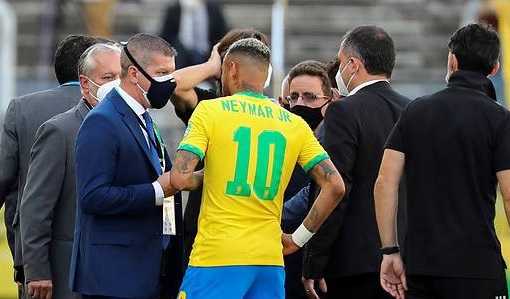 ФОТО Argentina captain Lionel Messi said that the team would not finish the match in the qualifying round of the 2022 World Cup
7810 views
Поделиться:
Print: